The Quade Cooper show was delayed but nothing could stop a trimmed-down Tevita Kuridrani firing a Wallabies reminder in the first game of the year on Saturday night.

The ACT Brumbies beat the Melbourne Rebels 52-38 in a trial match that started in stifling heat and finished with lightning strikes in the distance at Viking Park. 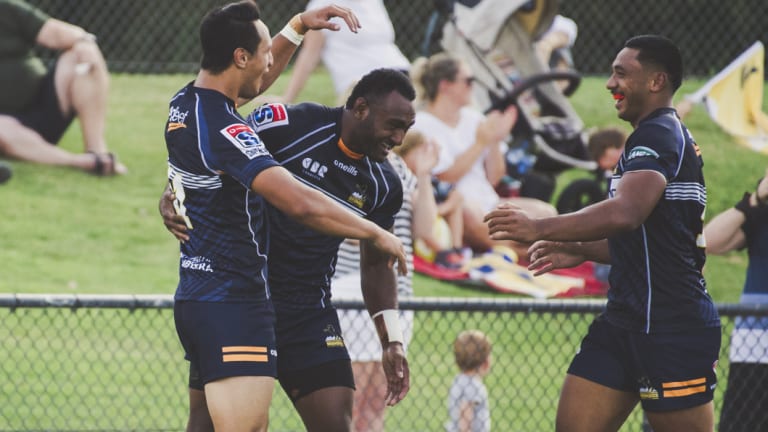 The healthy crowd was treated to 14 tries in a game that was more about staking round-one selection claims when the teams meet again on February 15 than it was about the result.

But Kuridrani's eye-catching start was a perfect way for him to launch his World Cup ambitions while the restart of Cooper's career was stalled by a knee injury.

The Brumbies backs set up three tries for Kuridrani, who has dropped six kilograms since the start of last year and his svelte frame has helped him find extra spark for speed.

"It was good," Kuridrani grinned. "I'm way lighter than I was last year, probably five or six kilograms.

"I feel really good, just that extra spark when I run. Last year I was starting slow and getting up to speed, now I'm feeling quick off the mark.

"I think I'll play at this weight this year and I'm really looking forward to it. We've got a group this year, a young group coming through and that will be good for us."

The Brumbies scored eight tries to six as both teams blew off the cobwebs and tested each other before their round-one clash at Canberra Stadium. 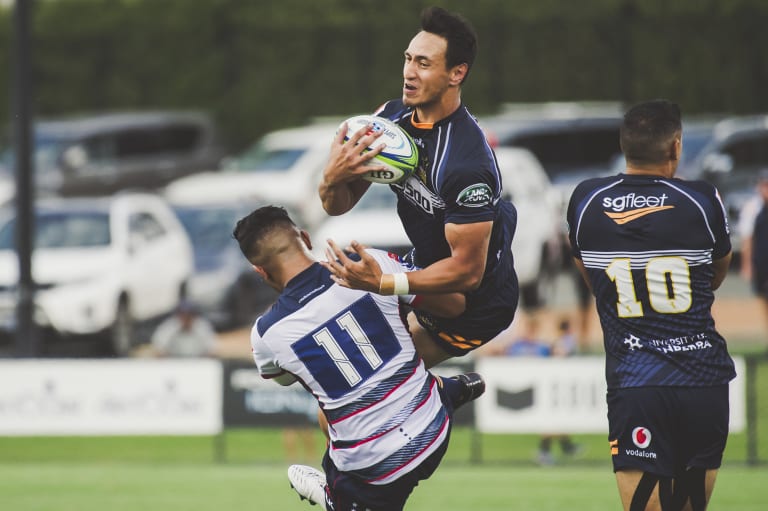 The Rebels were missing almost an entire starting XV of Wallabies talent and then lost recruit Cooper, who was exiled from Queensland, before kick-off as a precaution.

The Brumbies were without the likes of David Pocock, Rory Arnold, Christian Lealiifano and Henry Speight, opening the door for others to stand tall and impress coach Dan McKellar.

Ikitau, who is Kuridrani's understudy at outside centre, scored a double and teenage playmaker Lolesio showed poise well beyond his years when thrown into the game in the last 30 minutes.

"It was like you expect for a first trial game … our intent was good but there are a few areas we need to sharpen up on," McKellar said.

"It gave a few boys a chance to get on the field and build some confidence over the next couple of weeks.

"Noah … nothing fazes him. I thought his kicking game was excellent, he's a young kid who's got a big career in front of him."

Former Queensland and Wallabies prop Slipper also got some valuable game time for his new club as he relaunches his career in Canberra after 105 games for the Reds.

"I was a bit nervous, actually, before the game. But played 45 minutes, got through it and thought the boys did reasonably well," Slipper said. 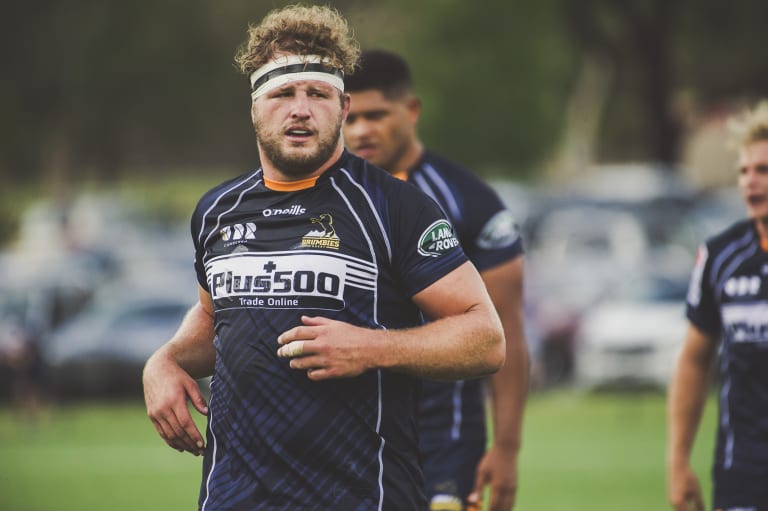 "I haven't played at that Super level for a while now. It's a new club and I haven't been at a new club, ever. So it was foreign ground for me. We've had a really good pre-season, tonight was just about playing for your mate.

"The first game of the year is always tough, no matter how much fitness work you do. But I'm in a lot better shape than I have been in the past … hopefully stay healthy."

The Brumbies escaped without any serious injury concerns and will play their last trial against the NSW Waratahs in Goulburn on February 7.

Some of the club's Wallabies players could be rested from that match as per direction from Rugby Australia coaching staff.