The Watford captain slammed home a penalty midway through the first half and then sent the apex object flying in celebration.

Gerard Deulofeu sealed the points with a clinical finish at the death.

It brought the Hammers’ run of four straight wins to a juddering halt as Michail Antonio rued hitting the woodwork twice.

Declan Rice was making his 50th West Ham appearance and could have marked it with a goal on 11 minutes but headed straight at Ben Foster.

Former England keeper Foster was then almost knocked over by the ferocity of a Antonio rocket as he parried it away. 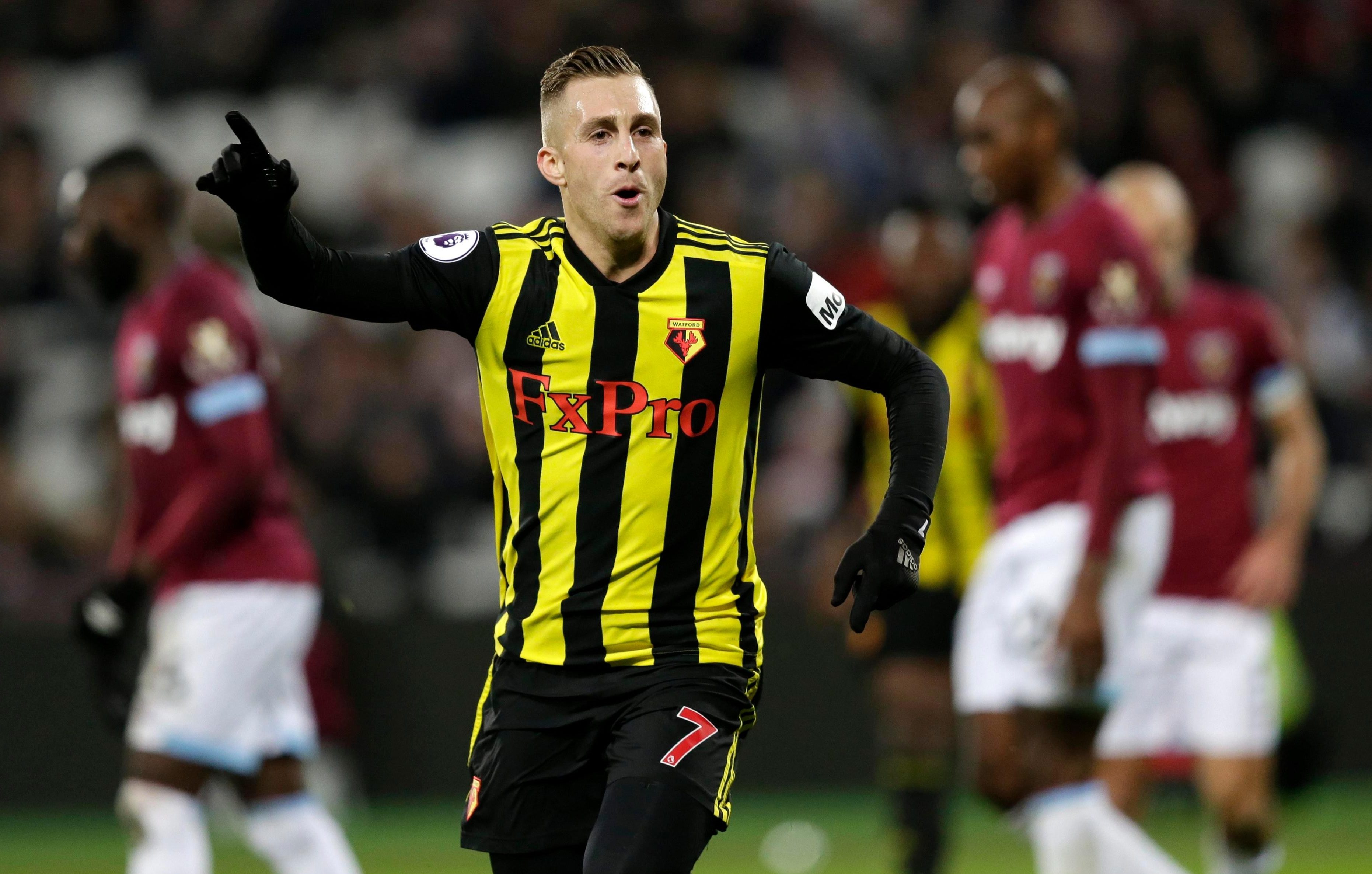 Then came the penalty – and you will struggle to see a more clearcut spotkick this term as Fabian Balbuena clearly brought down Roberto Pereyra.

Up stepped Deeney to wallop home his first goal since September 2, cutting across the ball as he fired it into the right corner.

The Hornets skipper then took out the corner flag in an exuberant celebration.

Deeney had blasted West Ham for “mugging off” Watford when the teams met here two years ago. 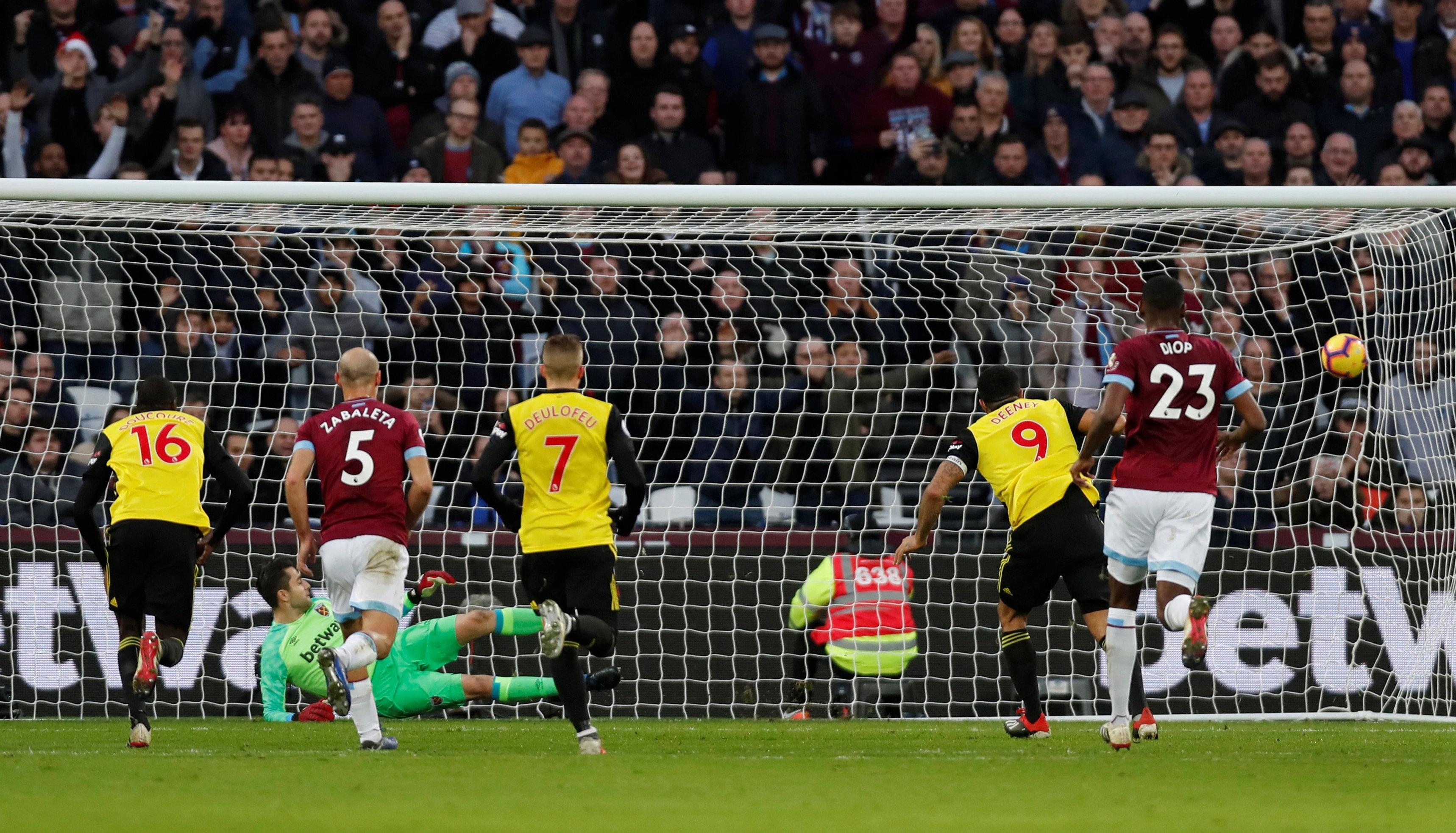 The Hammers were 2-0 up and Deeney felt the amount of tricks they were trying was disrespectful and spurred the visitors on to an eventual 4-2 win.

Balbuena hurt his knee in the penalty incident and a few minutes later was replaced by Angelo Ogbonna.

West Ham pushed for a leveller but the closest they came was when Antonio headed Robert Snodgrass’ corner against the post.

While Javier Hernandez will still be wondering now how he miskicked the ball six yards out after being slipped in by Felipe Anderson. 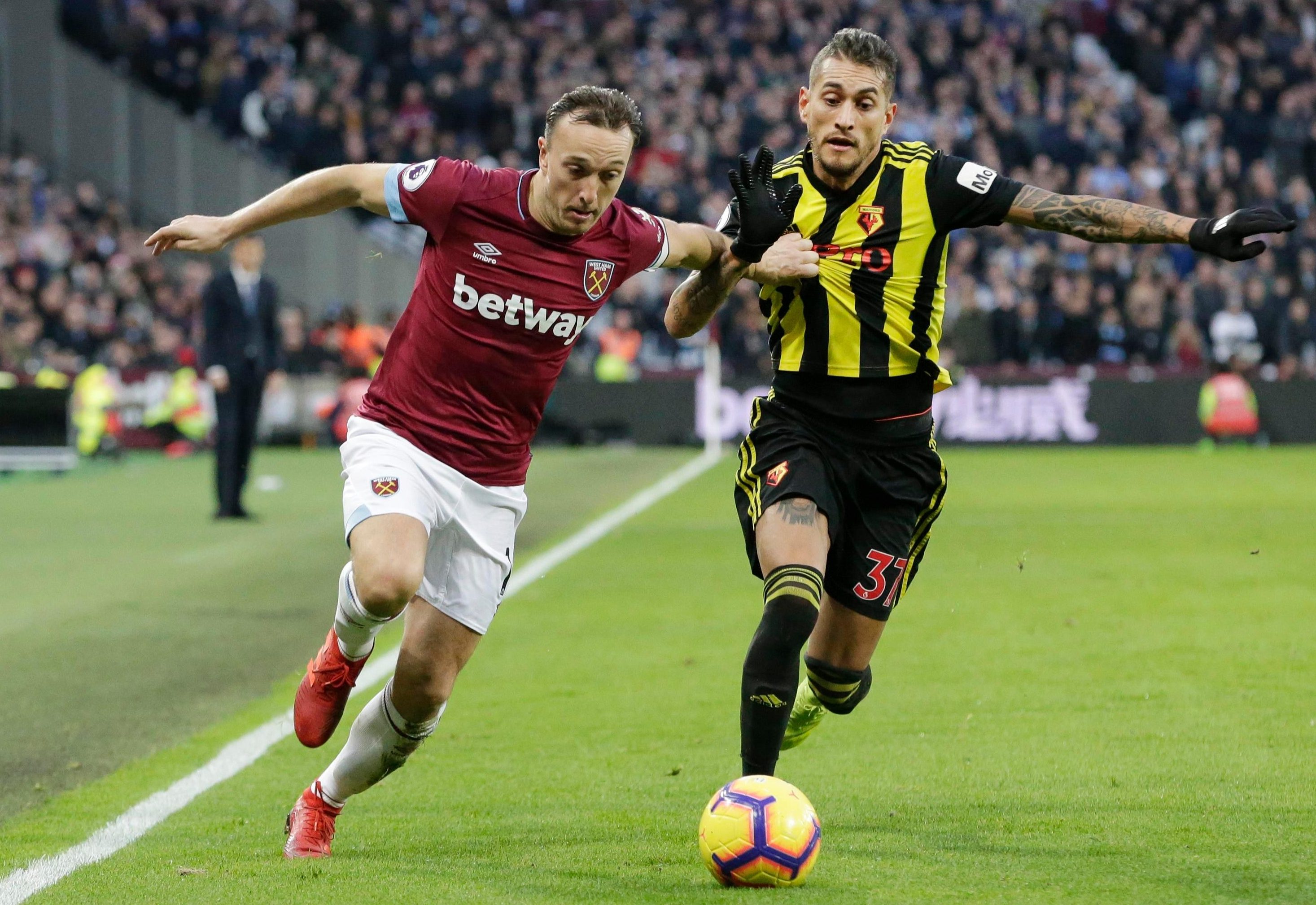 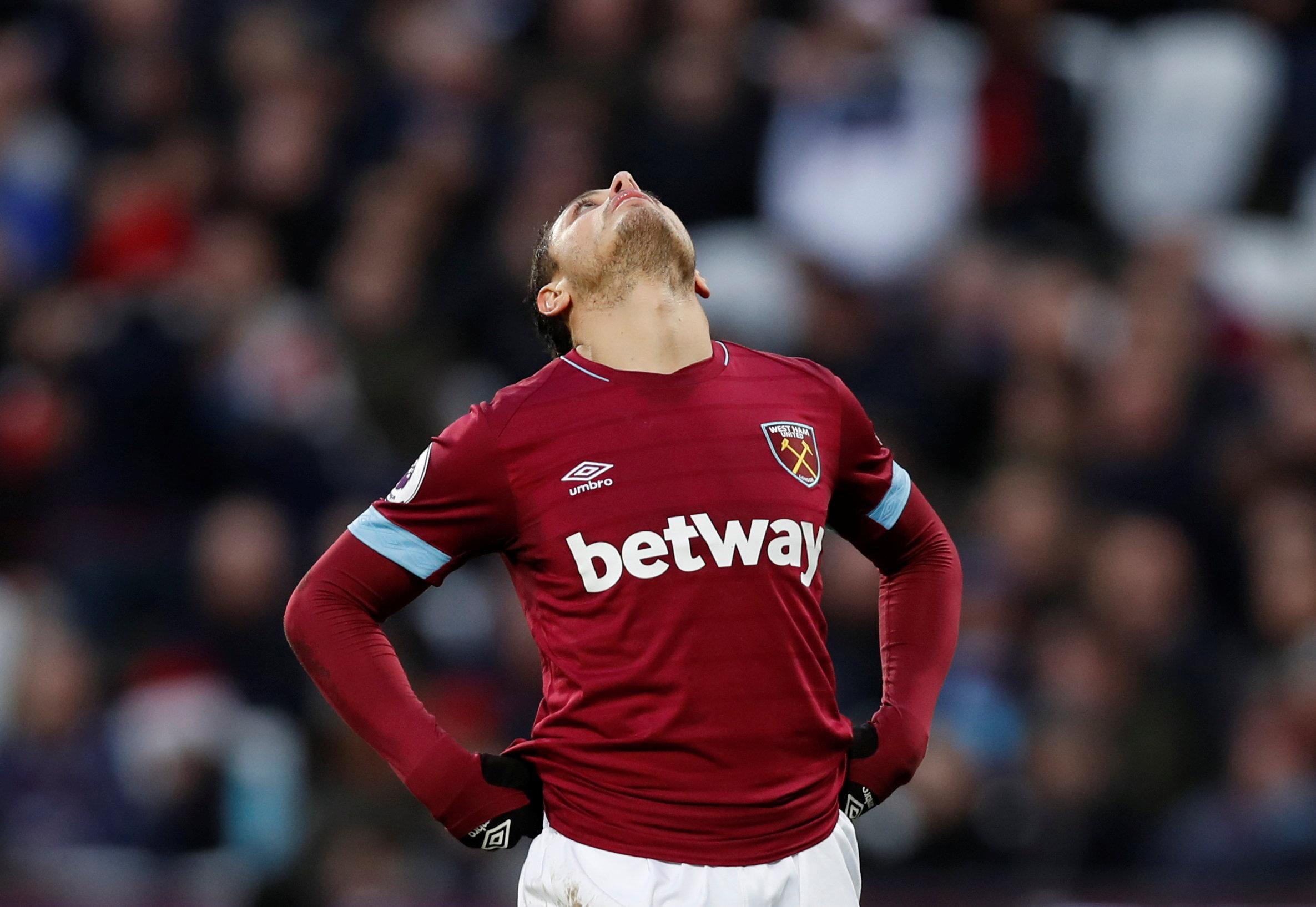 Watford should have put the game to bed when Abdoulaye Doucoure blasted straight at Lukasz Fabianski from close range – before Deeney did the exact same thing.

The misses almost cost them as Snodgrass had a deflected header brilliantly saved by Fabianski – and then Antonio somehow headed the rebound onto the crossbar.

The visitors finally had their second in the final minutes as Pererya and Deulofeu exchanged number of passes before the ex-Barcelona and Everton man fired coolly into the corner.

It halted Manuel Pellegrini’s progress and sent Javi Gracia’s side into the top six. 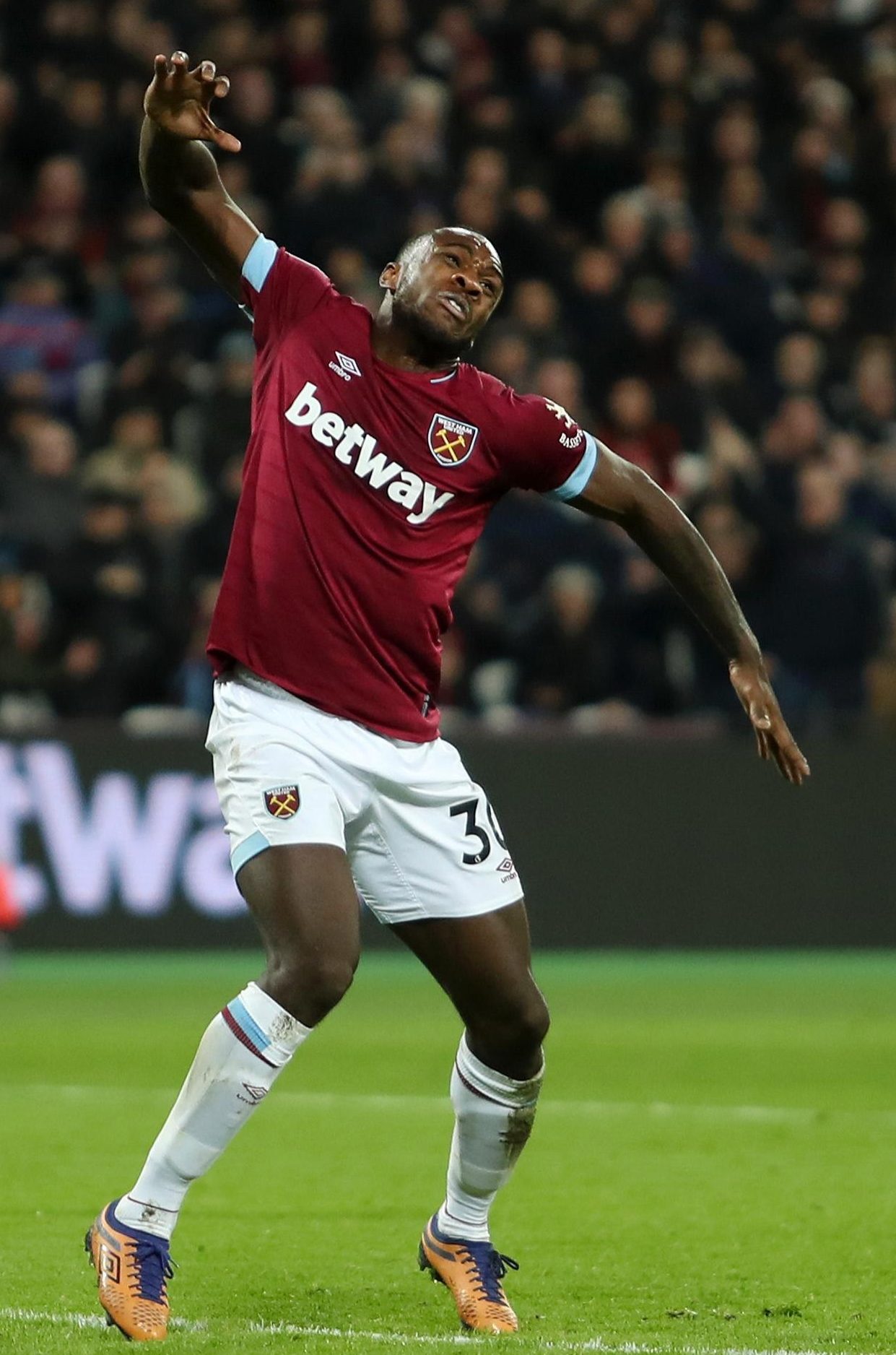 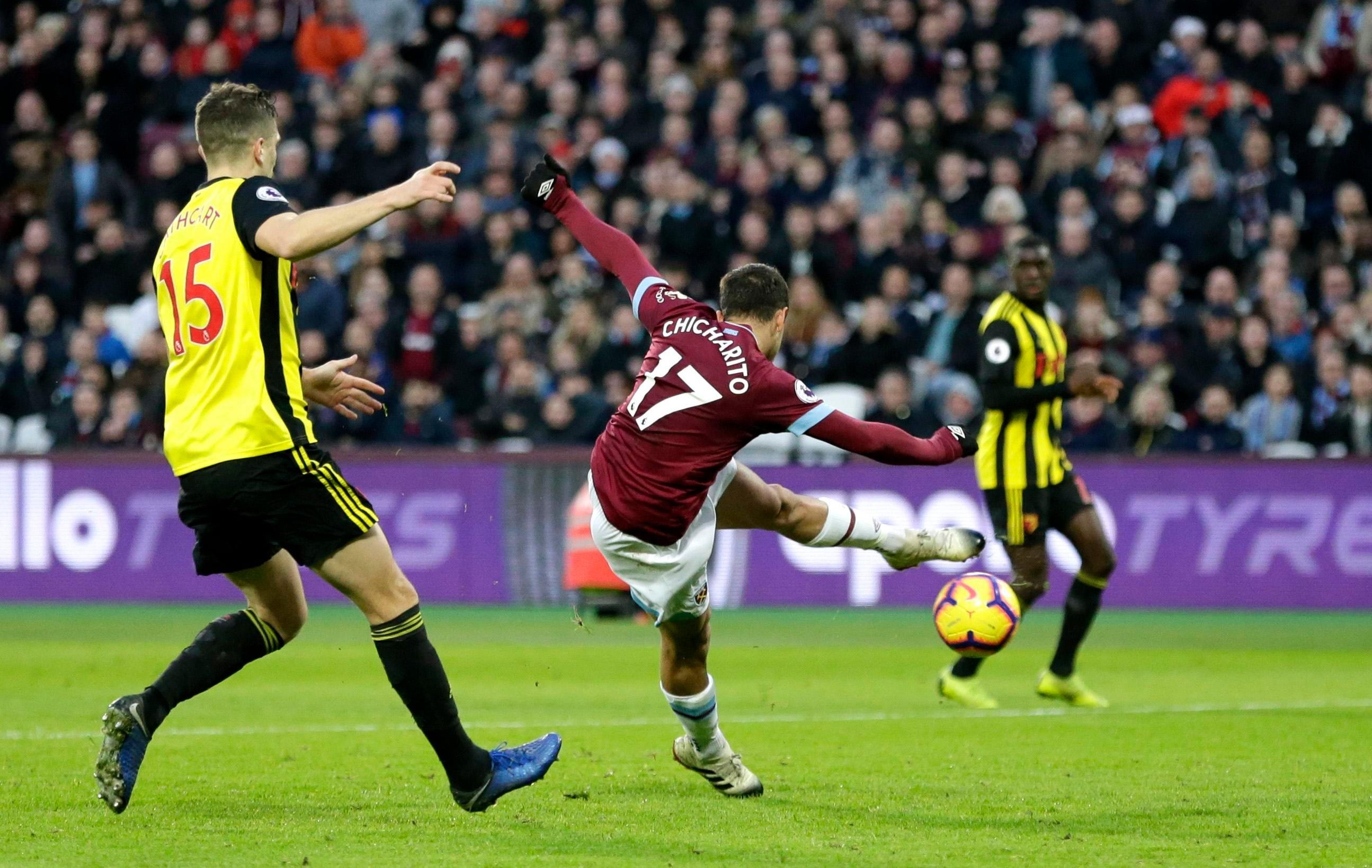