OLDHAM saw two players sent off inside one first-half minute in what proved a shocking half for the League Two side.

The bizarre scenes in their clash against Mansfield meant that by the break they were down to nine men and trailing 3-1. 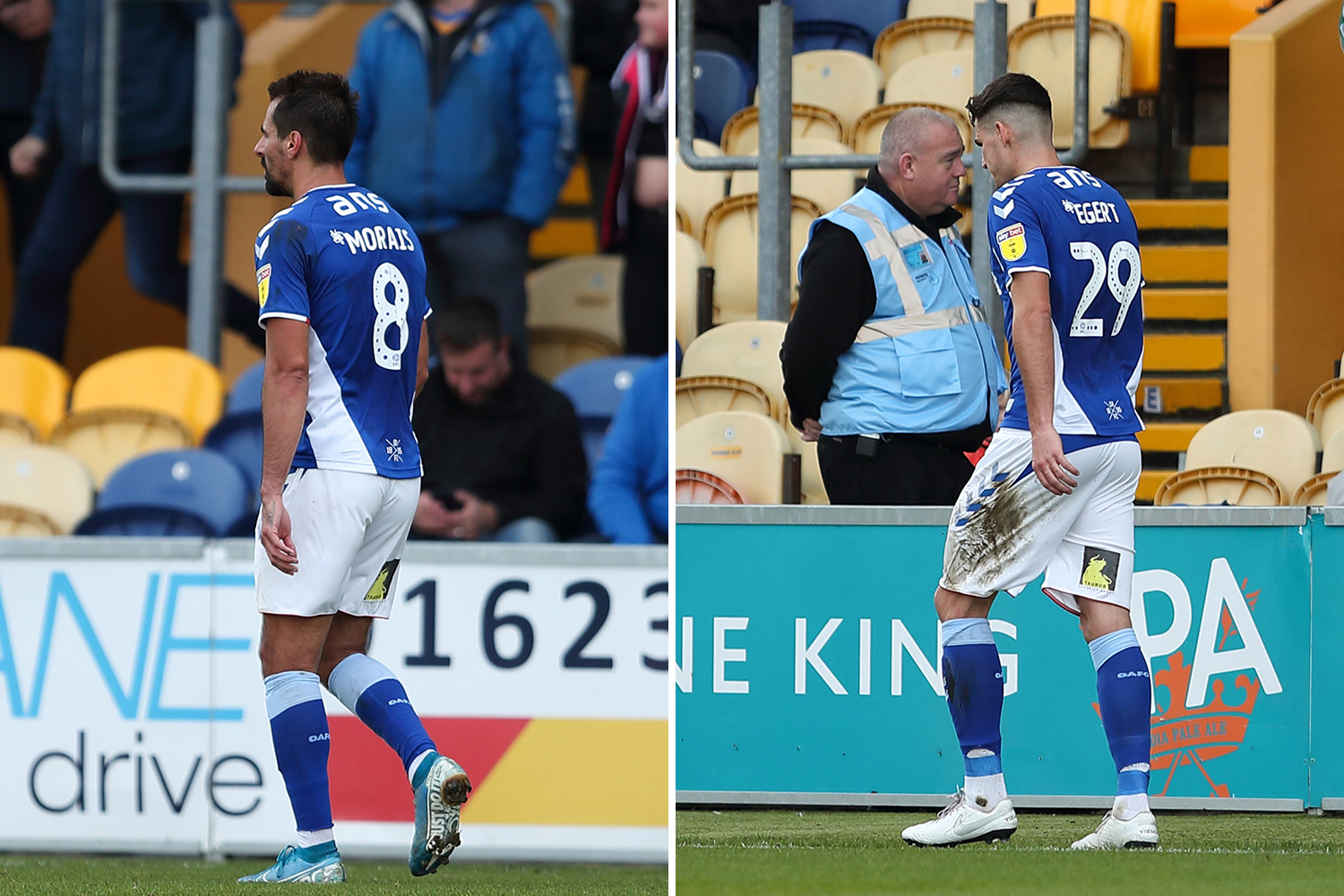 As Neal Bishop played the ball forward to Mal Benning he was hit late by a silly challenge from Filipe Morais on halfway.

Even as the referee looked at that, Benning was scythed down by a nasty-looking tackle from Tomas Egert as the pass reached him.

A straight red card came out immediately for Egert before Lee Swabey ran back to Morais to show a second yellow card and leave Paul Scholes' old side threadbare.

Morais had been booked for a foul on Benning just four minutes earlier – the game's first.