Tyson Fury and Derek Chisora tuck into burgers straight after their heavyweight title fight, as Del Boy jokes ‘my jaw is hurting’ after being knocked out by the Gypsy King

Tyson Fury and Derek Chisora tucked into a Five Guys after their world heavyweight title fight in London on Saturday.

Fury knocked ‘Del Boy’ out in the 10th round of the bout in a dominant display in what many judged to be a complete mismatch at the Tottenham Hotspur Stadium.

In footage shared on promoter Frank Warren’s Instagram account, the two Brits chatted away at they ate burgers straight after leaving the ring. 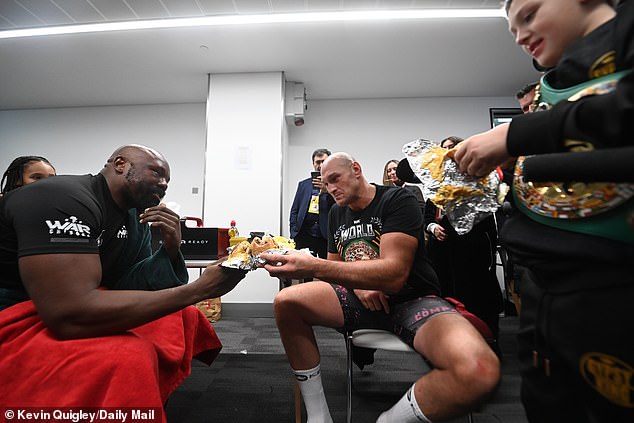 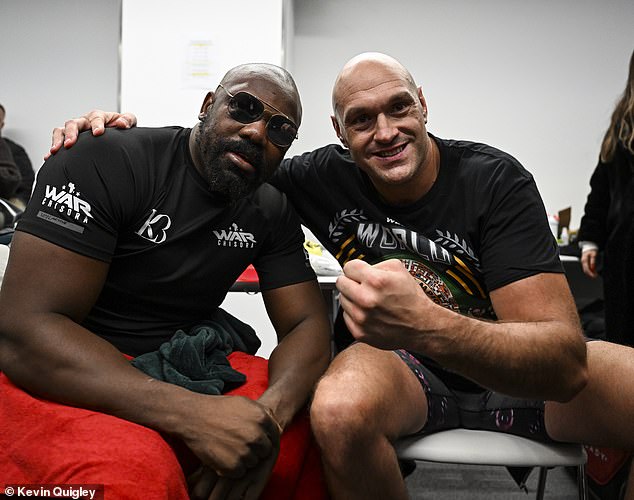 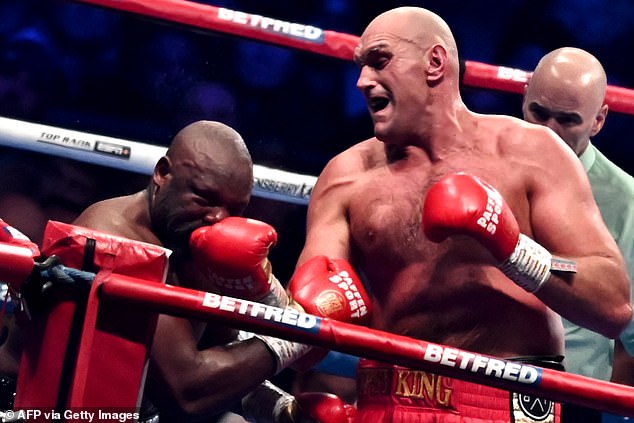 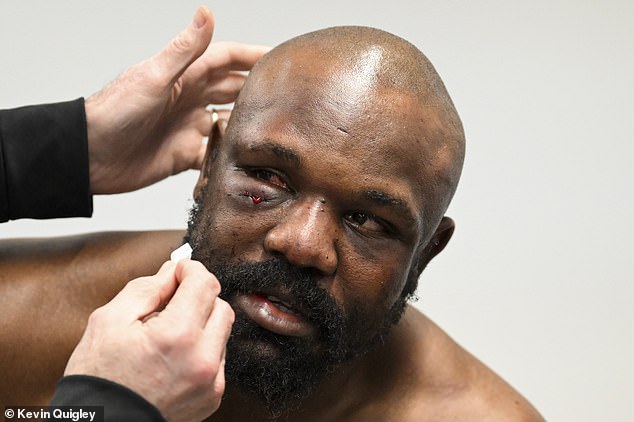 ‘Del Bol’ was clearly banged up during the meal, with his eye swollen while he sat.

‘I’m not surprised’! Fury responded after he lifted his shirt and slapped his belly.

The two heavyweights then said cheers and touched burgers for the camera as the two friends settled down following their battle.

Fury eased to victory in the much-criticised bout before confronting Oleksandr Usyk and Joe Joyce after the fight. 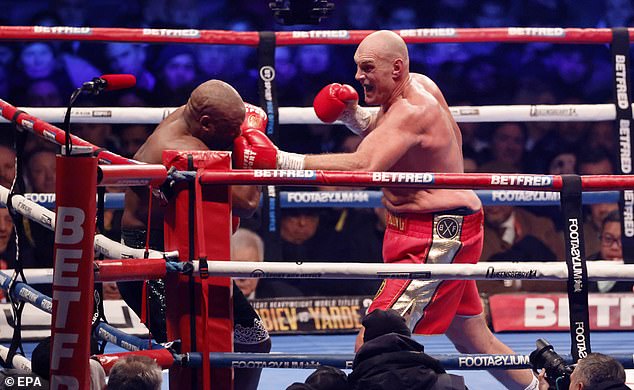 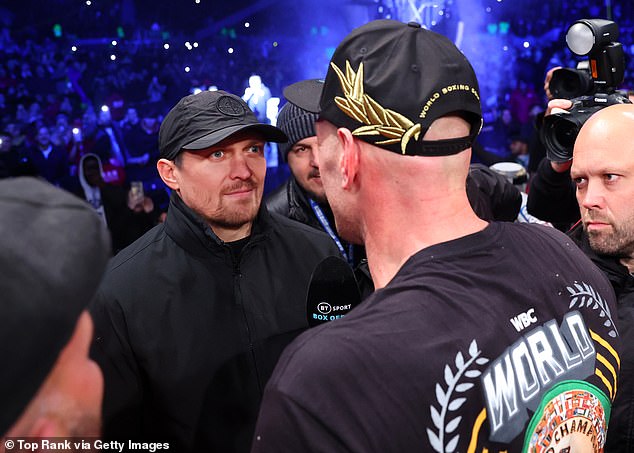 ‘Where’s Usyk the rabbit’? Fury first said in the ring.

‘I already done one Ukrainian in [Wladimir] Klitschko didn’t I? And I’ll do you as well, gappy teeth.

‘You ugly little man. Lets get it on b****. You may laugh now but I’ll end this lil sucker. I’ll end you. You little sucker. What are you gonna do? You’re gonna do f*** all you little sausage.’

Joyce then joined the fray, though it seems plans will be put in place for Fury to take on Usyk, with Joyce a back-up opponent.