TYSON FURY showed off his completely relaxed mood before rematching Deontay Wilder as he pretended to spank someone in his changing room.

The Gypsy King, 31, challenges for Wilder’s WBC title for a second time tonight in Las Vegas having drawn in their first fight in 2018. 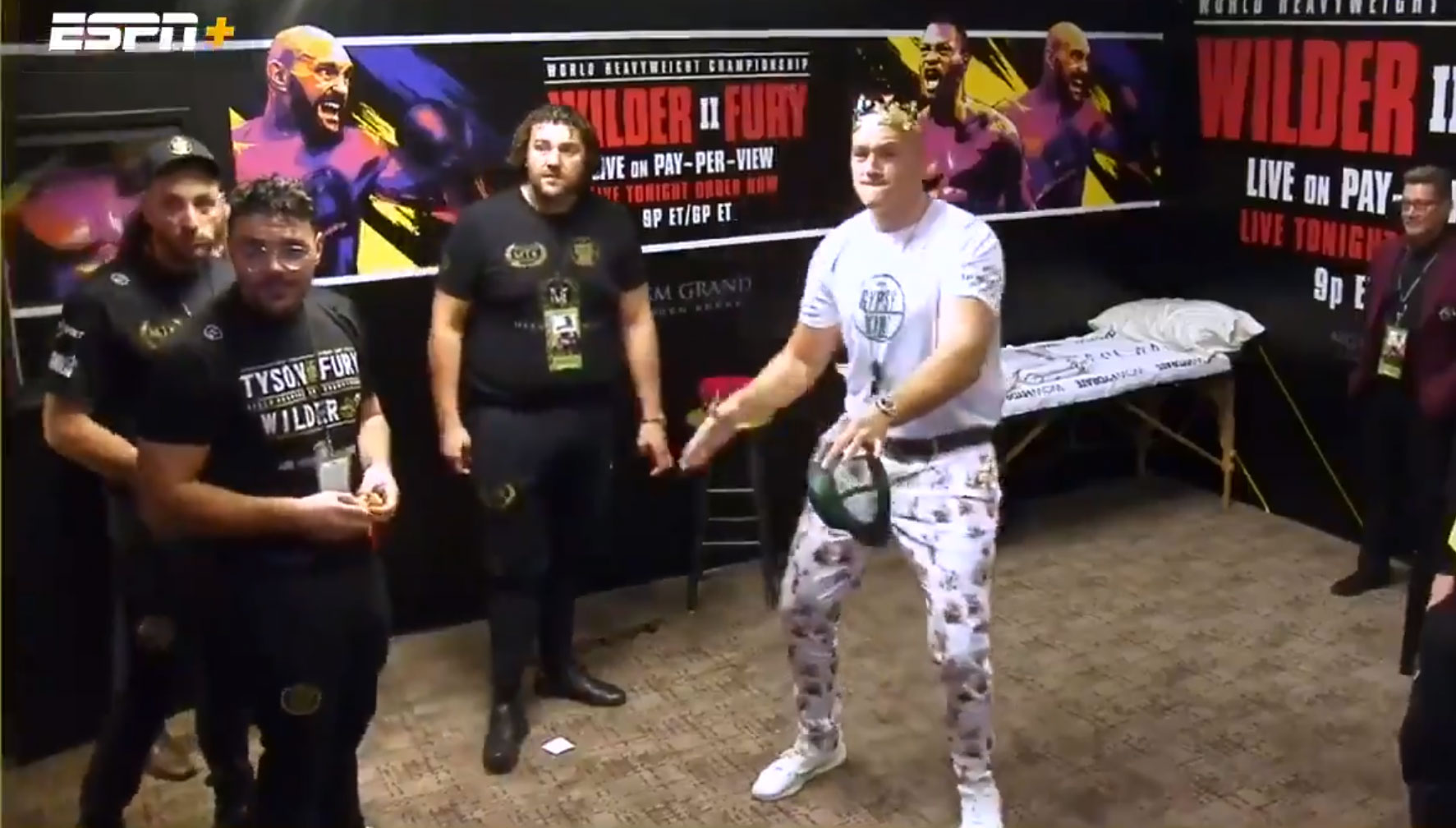 As cameras in the MGM Grand showed the two heavyweights in their locker rooms, they had differing pre-fight approaches.

Hard-hitting Wilder, 34, got down to some stretches while Fury was more worried about choosing which crown he will wear to the ring.

The 6ft 9in Brit then began to dance to music and appeared to make a spanking motion.

It was the second time Fury took the opportunity to have some fun while the backstage cameras were rolling.

Before the weigh ins on Friday, Wilder was pictured backstage cuddling up to his better half Telli Swift.

With both fighters watching the TV screens as they were focused on, Fury began waving and blowing kisses to his opponent.

Initially unperturbed, the American responded by nonchalantly scratching his cheek with just his middle finger.

When Fury realised the camera was back on him he copied Wilder by getting cosy with brother Shane, sat alongside him.

At first, the Gypsy King played with his younger sibling's hair while laughing away, before putting their arms around each other.

That forced another reaction from the stony faced Wilder, who placed his leg across Swift and slapped his backside.

Once again, Fury corresponded before pulling away from Shane and giggling away, even raising a smile from Wilder's fiancee.