The Gypsy King was knocked to the canvas in the ninth and 12th rounds but got back up both times. 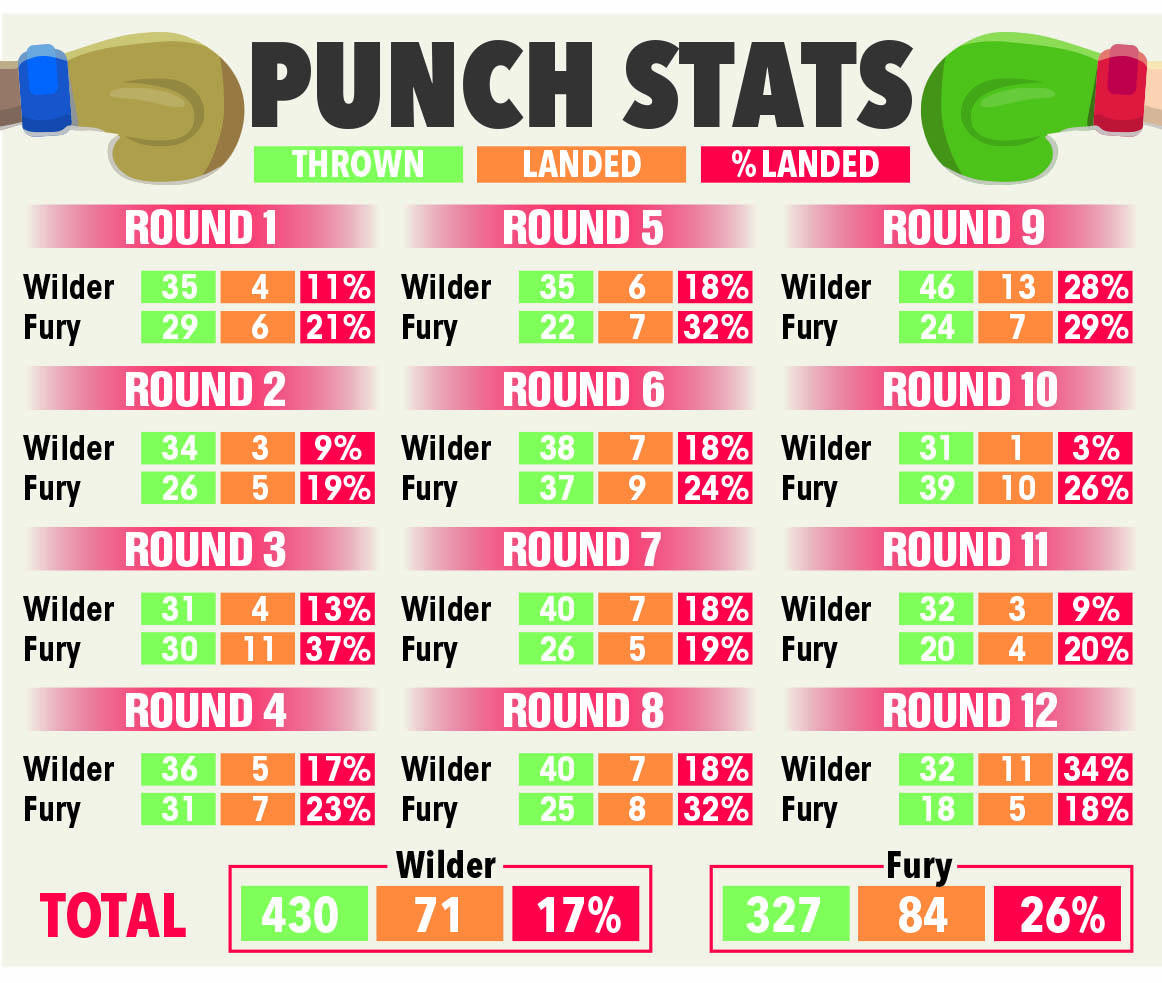 The second in particular stunned Wilder, who looked astonished at seeing the 6ft 9ins Fury get back to his feet just seconds after he had taunted him with a throat-slit gesture.

Most viewers felt Fury was a class above the WBC heavyweight champ – with Floyd Mayweather being among the many "disgusted" the fight ended in a controversial draw.

And the stats from the bout show Fury – whose battered face has been revealed in new pictures – put in a far more clinical overall performance despite twice going down. 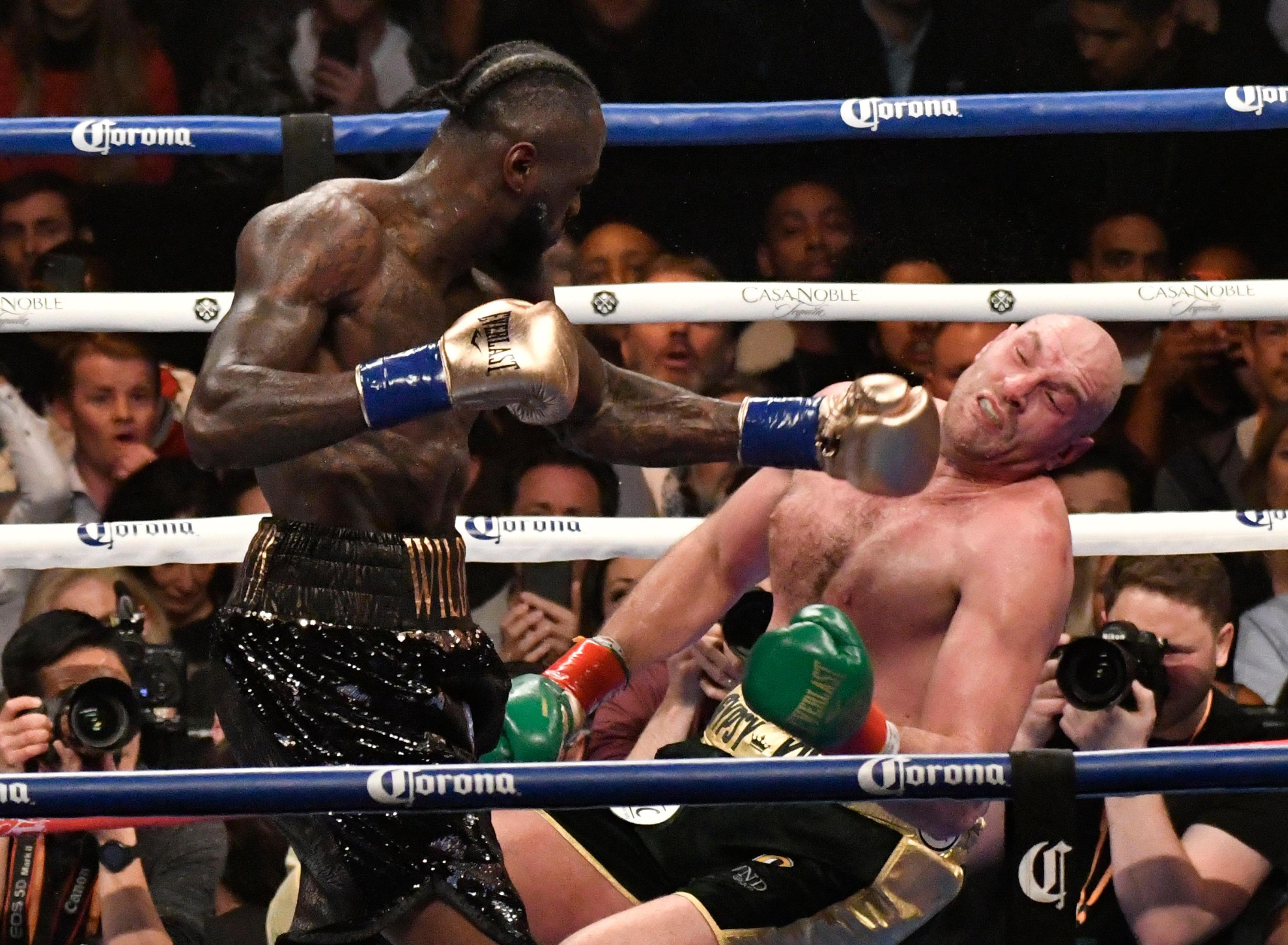 But Wilder connected with just 71, meaning only 17 per cent of his blows actually landed on Fury.

The Gypsy King wasted far less effort, with 84 of his punches landing for a 26 per cent success rate.

Fury had a better success rate of punches landing in every round except the last.

Wilder threw the most blows in the ninth round – 46 – when he went all out after putting Fury on his back. 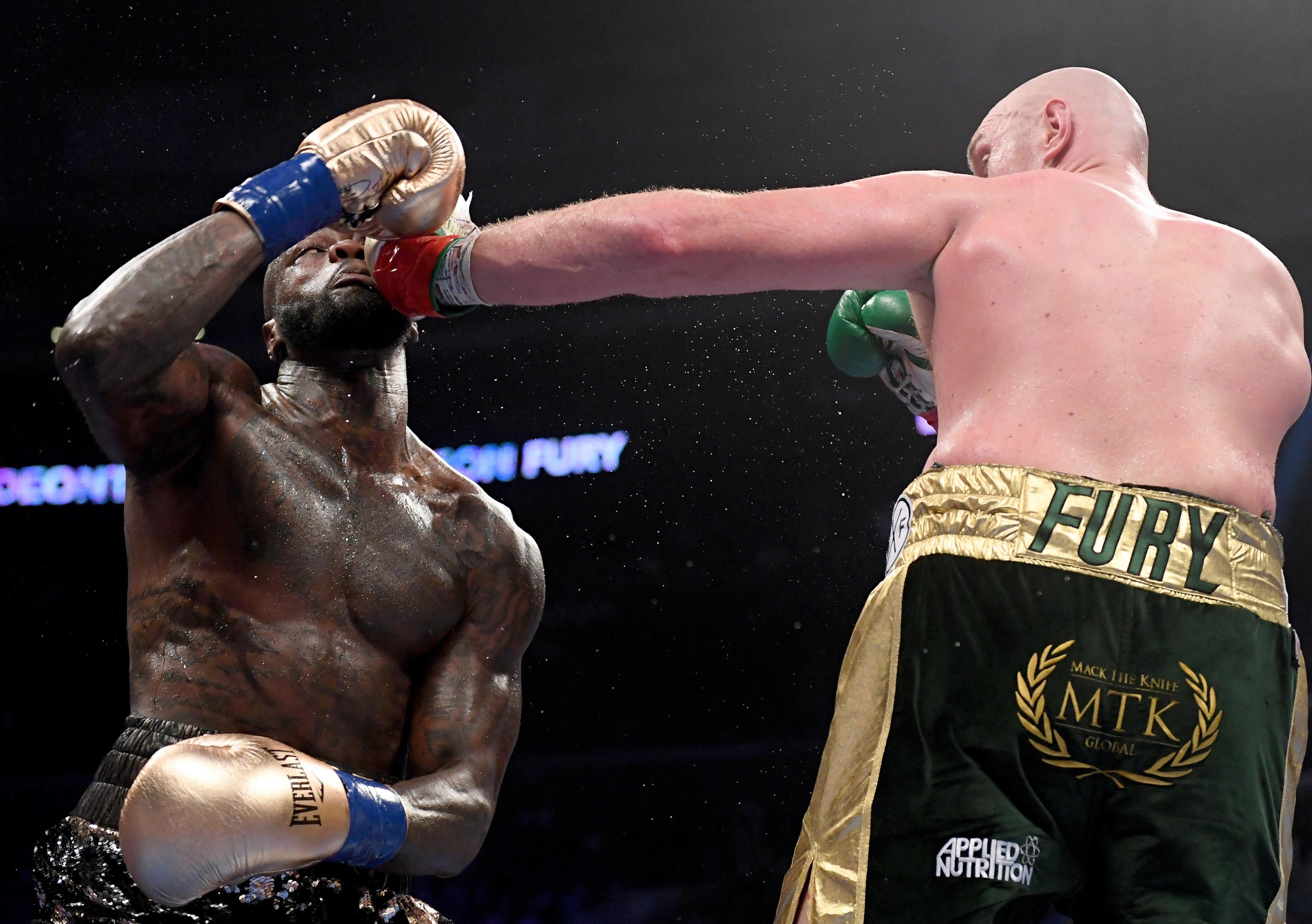 Some 13 of his punches actually hit the Brit.

But the American tired in the tenth, when just ONE of his 31 attempts landed, resulting in a dismal 3 per cent success rate.

Further stats showed that Wilder landed just 17 per cent of his power shots after landing 55 per cent in his previous eight fights.

In truth the bout was a close affair when you look at the punches landed stat in particular.

All but four rounds had a difference between them of two at most.

The biggest changes happened in the third, when Fury landed seven more, and tenth when the former champ landed nine more.

In rounds nine and 12 – when Fury made his Undertaker-like rise from the floor – Wilder landed six more in each while throwing a combined total of 36 more punches.