The main event was meant to be Robert Whittaker defending his his UFC middleweight title against Kelvin Gastelum, but the champ is OUT of the fight after suffering a hernia injury. Now the co-main event, Israel Adesanya vs Anderson Silva has been bumped up to the main event. 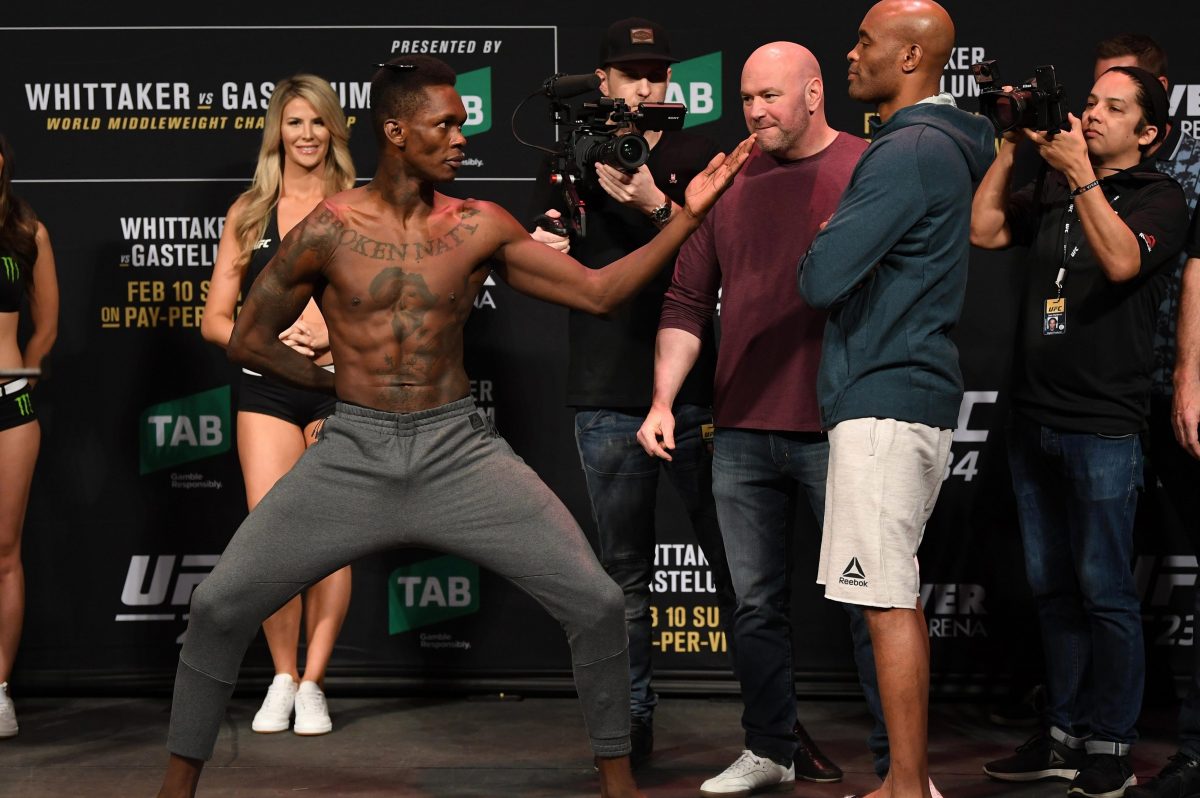 What time does UFC 234 start tonight?

UFC 234 gets underway with the fight pass prelims from 11.30pm UK time.

Then the prelims from 1am and the main card from 3am.

BT Sport 2 will be going live at 1am showing the prelims and the main card.

You can watch the fight pass prelims bouts for FREE with a seven-day trial on UFC Fight Pass, which kicks off 11.30pm UK time.

But, due to broadcast restrictions, the prelims and main card will only be shown on BT Sport 2 in the UK.

BT Sport subscribers will be able to watch the event online, and on mobile and tablet using the BT Sports app.

However, EE mobile customers can also catch the entire event for FREE on your mobile, as part of a new subscription plan.

You can get three months' worth of BT Sport on your EE phone and tablet when you text SPORT to 150, register for BT ID and download the BT Sport app.

You can cancel the subscription at any point during the trial.

Why is Robert Whittaker OUT of the main event?

ESPN report that Whittaker had complained about a injury in his abdomen late last night and was suffering pain.

The UFC middleweight champion was taken to hospital and diagnosed with a hernia – which may require medical care.

What is the full card?

Main card (from 3am)

Preliminary card (from 1am)

Anderson Silva: "Inside the cage, everybody is not joking. Sometimes big accidents happen. I broke my leg. Sometimes you cut your face and back to home and look at your family and look at your kids. Everybody looks at you and says, ‘Why do you do that?’ It’s a passion. You love your job, you keep doing it. My family respects my job and respect my dreams. That’s why I continue to fight."

Eugene Bareman, Israel Adesanya's coach: "[Anderson Silva] is the Lance Armstrong of MMA. For me, he cheated. And I’m a very stand up guy. MMA fans, for one or another reasons, they’re not the same as cycling fans. MMA fans forget quickly when someone cheats. But I’m not like that. If you do something wrong and it’s proven and factual, then I hold that against him about it. I don’t hold it against you like I wanna beat you up, I just want nothing to do with you."