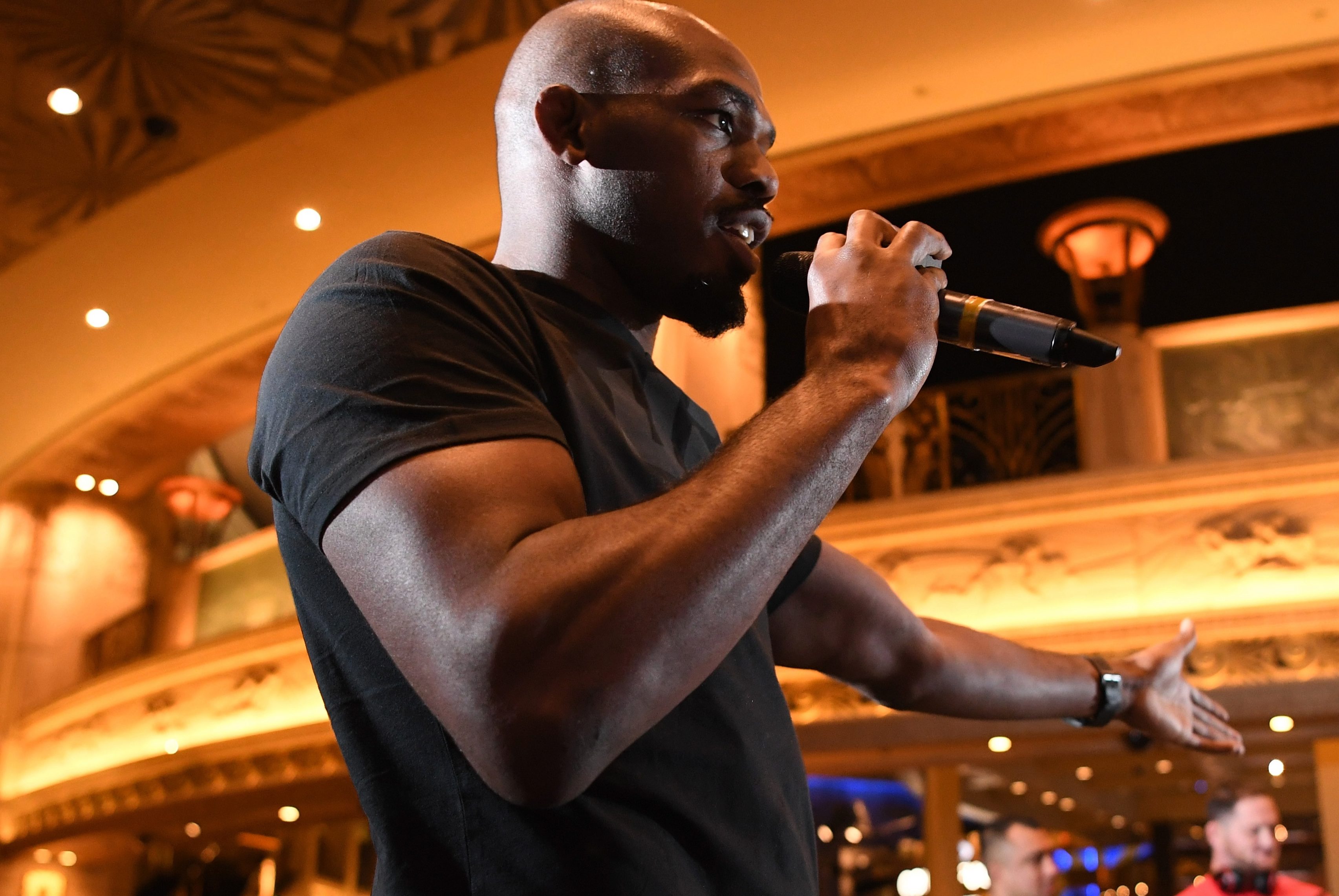 The event will be live from the T-Mobile Arena in Las Vegas.

Action gets underway from 11.15pm with the early prelims.

What TV channel and live stream is it on?

BT Sport 2 will be showing the event live from 1am showing the prelims and the main card.

The show will also be live streamed on BT Sport's App and website for subscribers.

The early prelims from 11.15pm will be shown on the UFC FightPass App.

Alternatively, you can follow ALL of the action with SunSport's live blog.

How can I watch it for free?

EE mobile customers can also catch the entire event for FREE on your mobile, as part of a new subscription plan.

You can get three months' worth of BT Sport on your EE phone and tablet when you text SPORT to 150, register for BT ID and download the BT Sport app.

You can cancel the subscription at any point during the trial.

Jones: "Being accused of doing steroids, it was really sad for me.

Who is Anthony Smith?

WHILE facing Jon Jones is a massive jump in class for the 30-year-old American, he is currently ranked #3 in the UFC light-heavyweight rankings.

'Lionheart' started his MMA career fighting for local promtions in the midwestern United States back in 2008, and made his UFC debut in June 2013.

He has also fought for Bellator.

His last two UFC fights – victories against Volkan Oezdemir and Mauricio Shogun Rua – saw him win the Performance of the Night accolade.

What is the full fight card?