Conor McGregor will make his much-anticipated return to the octagon when he fights Donald ‘Cowboy’ Cerrone at UFC 246 in Las Vegas this weekend.

It is the first time the Irishman has fought professionally since his controversial fourth-round defeat by Khabib Nurmagomedov in October 2018.

Despite the welterweight bout being a non-title fight, it is set to break pay-per-view figures, with 31-year-old McGregor saying he will earn a record £80m.

But what has McGregor been up to since his last bout? What do we know about his American opponent? And how can you follow the fight on the BBC?

Here’s everything you need to know about the blockbuster bout.

Where has McGregor been?

McGregor might have spent more than a year away from the UFC, but he has never been far from the headlines.

Five months after his defeat by Nurmagomedov, McGregor announced on social media that he had retired from the sport – but that turned out to be premature.

The Irishman also made news for two other unsavoury incidents.

In one, he was accused of smashing a fan’s phone – although the charges were subsequently dropped following his arrest – and in another, he punched a man in a Dublin pub and was convicted of assault. 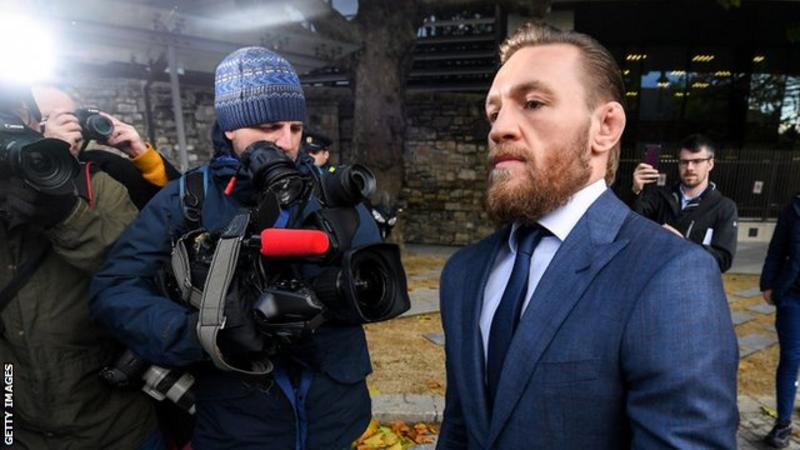 Away from these incidents, McGregor has been heavily promoting his own brand of whiskey, which he says generated more than $1bn (£770m) in its first year.

Is he still the main draw in the UFC?

McGregor has headlined the top five highest-selling pay-per-view fights in UFC history, with his defeat by Nurmagomedov holding the record at 2.4 million buys.

He recently told MMA journalist Ariel Helwani that he will make £80m from the Cerrone fight alone, adding: “They think I’m toast, but I’m still the bread.”

Since McGregor last fought, UFC 232 has been the promotion’s highest-selling event, where 700,000 people paid to watch the rematch between Jon Jones and Alexander Gustafsson.

McGregor’s fights alone have outsold that on six separate occasions during his career.

Quite simply, nobody in the UFC has McGregor’s pulling power.

Who is Donald ‘Cowboy’ Cerrone?

A veteran of the sport, Cerrone is well known inside MMA circles, but to the wider world, is far from the household name McGregor is.

Like McGregor, Cerrone is coming into the fight off the back of a defeat – he was stopped by compatriot Justin Gaethje in September. 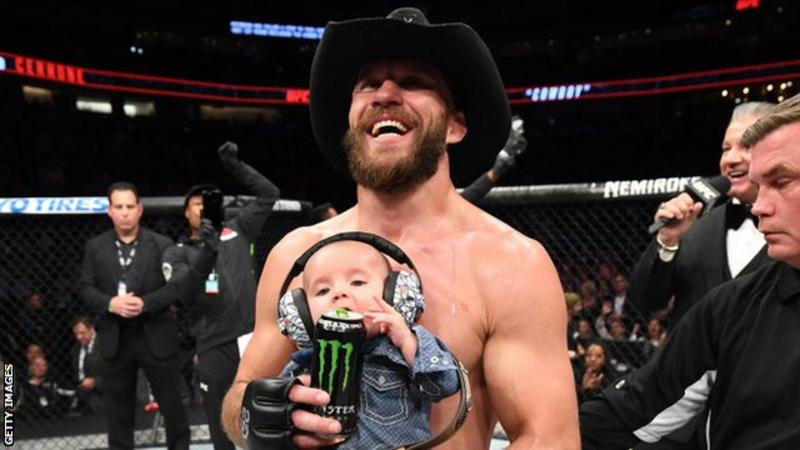 In the past, he has described McGregor as being “a great fighter with great punching power”.

He even likes the Irishman’s whiskey, responding to a question from TMZ Sports with: “It gets me drunk, so it’s all the same to me.”

And finally, the origin of his ‘Cowboy’ nickname?

Who is the favourite to win?

McGregor’s stand-up skills, and in particular his explosive left hand, has him the favourite to win with the bookies.

However, it is far from clear cut.

First, McGregor is stepping up to welterweight to face Cerrone.

These are largely untested waters for a fighter more used to grappling in the octagon at lightweight and featherweight.

There are also long-standing doubts about McGregor’s ground-game – an area ruthlessly exposed by Nurmagomedov during their fight 15 months ago.

McGregor has had four defeats in his professional MMA career, all of which came by submission. 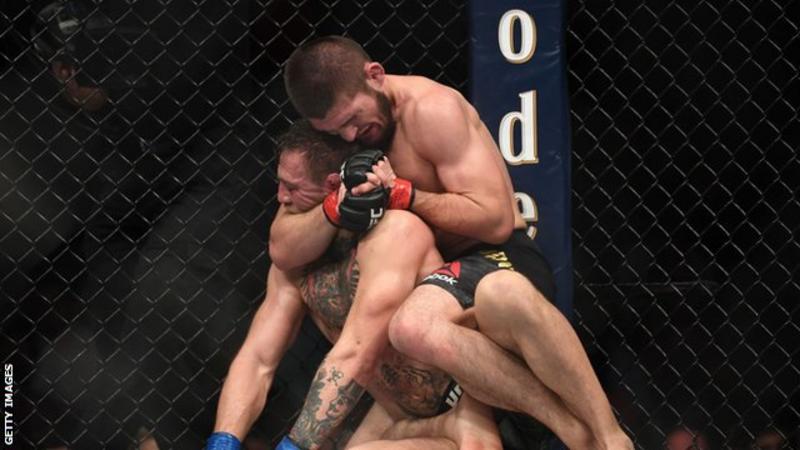 Former MMA star Dan Hardy says Cerrone is someone who can challenge McGregor in a lot of different ways.

“What we can expect from Conor as always is an aggressive, flamboyant start and powerful left hands,” Hardy told the UFC.

“What we’ve seen from Cowboy all the way through his career is great knockouts and great submissions.

“He’s one of those guys who has a full skill set in every range. Of the two of them, Cowboy is the one with the options.

“Conor, we know what he’s going to do and Cowboy is the one who has to fit his pieces around Conor to deal with that.”

Who else is on the fight card?

The co-main event at UFC 246 the women’s bantamweight rematch between Americans Holly Holm and Raquel Pennington.

This was a fight originally booked to take place at UFC 243 in October. Holm, however, was forced to withdraw through injury.

The 38-year-old knocked out Ronda Rousey to win the women’s bantamweight title at UFC 193 five years ago, but has since endured a stuttering career, with five defeats in her past seven fights.

Pennington will be looking to avenge the defeat by split decision that she suffered when she first met Holm in 2015. 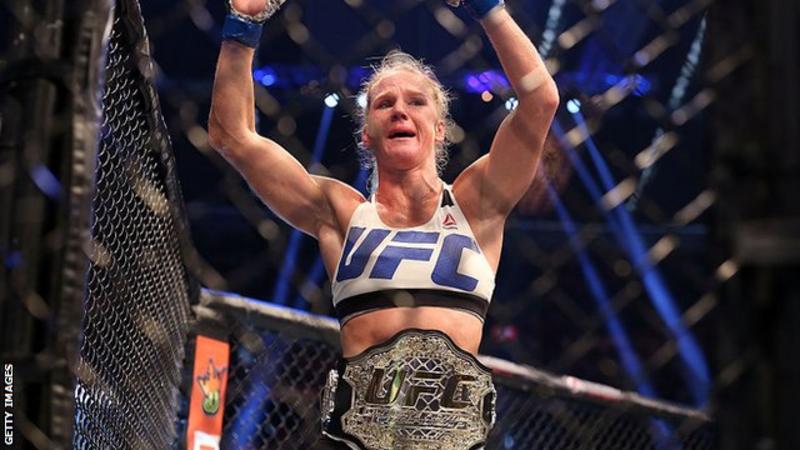 Elsewhere, Anthony Pettis will try to bounce back from his defeat by Nate Diaz in August when he takes on Carlos Diego Ferreira at lightweight.

There will be live radio and text commentary from 03:00 GMT on Sunday as the BBC brings you the key action from UFC 246.

The main card starts with Anthony Pettis against Carlos Diego Ferreira, with McGregor and Cerrone’s arrival in the Octagon expected after 05:00 GMT.

In addition, the BBC Sport website will bring you live text commentary.

You can also follow @bbcsport on social media for all the latest news, behind the scenes content and reaction from Vegas.