Fan favourite Ferguson clashed with the Iranian-American in the early hours of the morning in the co-main event of UFC 262 in Houston, Texas. 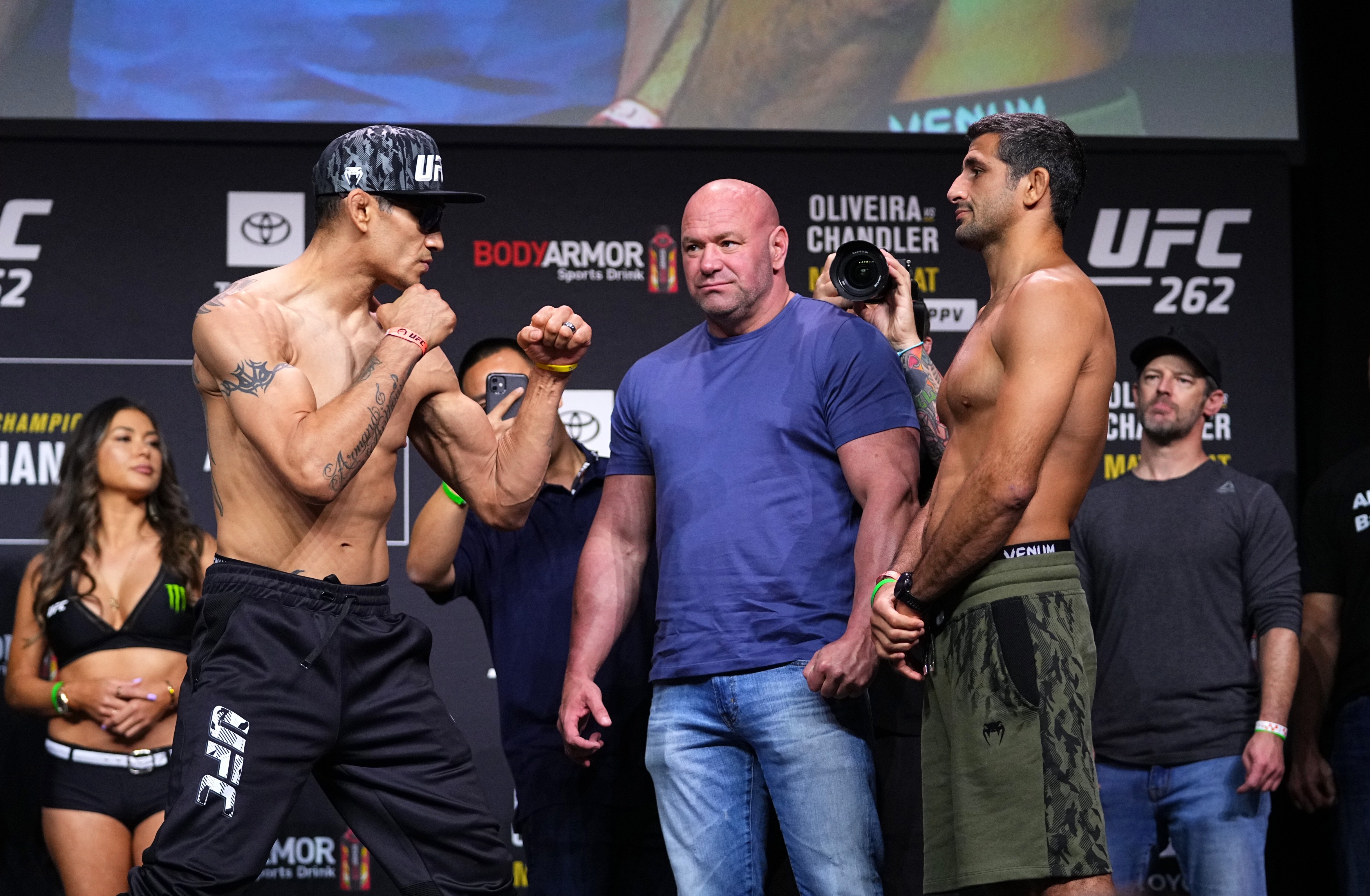 The former interim lightweight champion went into his first outing of the year with his back up against the wall following consecutive losses to Justin Gaethje and Charles Oliveira.

But El Cucuy failed to stop the rot against the in-form Dariush, suffering a unanimous decision defeat to the Iranian-American.

Dariush started the contest like a bat out of hell, landing a big left hand before swarming Ferguson with his grappling

The Kings MMA standout eventually brought the fight to his world and began raining down blows.

Ferguson managed to briefly reverse the position but ended the round on his back.

Dariush, 32, looked to secure a takedown early in round two but found himself caught in a D'Arce choke.

Ferguson, however, wasn't quite in position to apply the necessary finishing pressure.

Dariush came close to closing the show with a sickening heel hook.

But the savage-minded Ferguson refused to tap to the gruelling submission.

The TUF alum, however, was unable to get back to his feet – much to the frustration of his legion of fans.

A single takedown was all it took for Dariush to secure the third round, which he rode out in top position.

All three judges scored the fight the same way, awarding Dariush the victory via 30-27 scorecards.

Despite entering the fight on a skid, Ferguson, 37, was supremely confident of having his hand raised.

During Thursday's pre-fight press conference, he said: "You think you f*****g know me?