UFC fans believe Conor McGregor broke his leg after just 20 seconds in his defeat to Dustin Poirier on Saturday night.

The Irishman was carried out on a stretcher after he rolled his ankle in the first round of their trilogy bout in Las Vegas, leading to Poirier being declared the winner by first round TKO due to a doctor's stoppage. 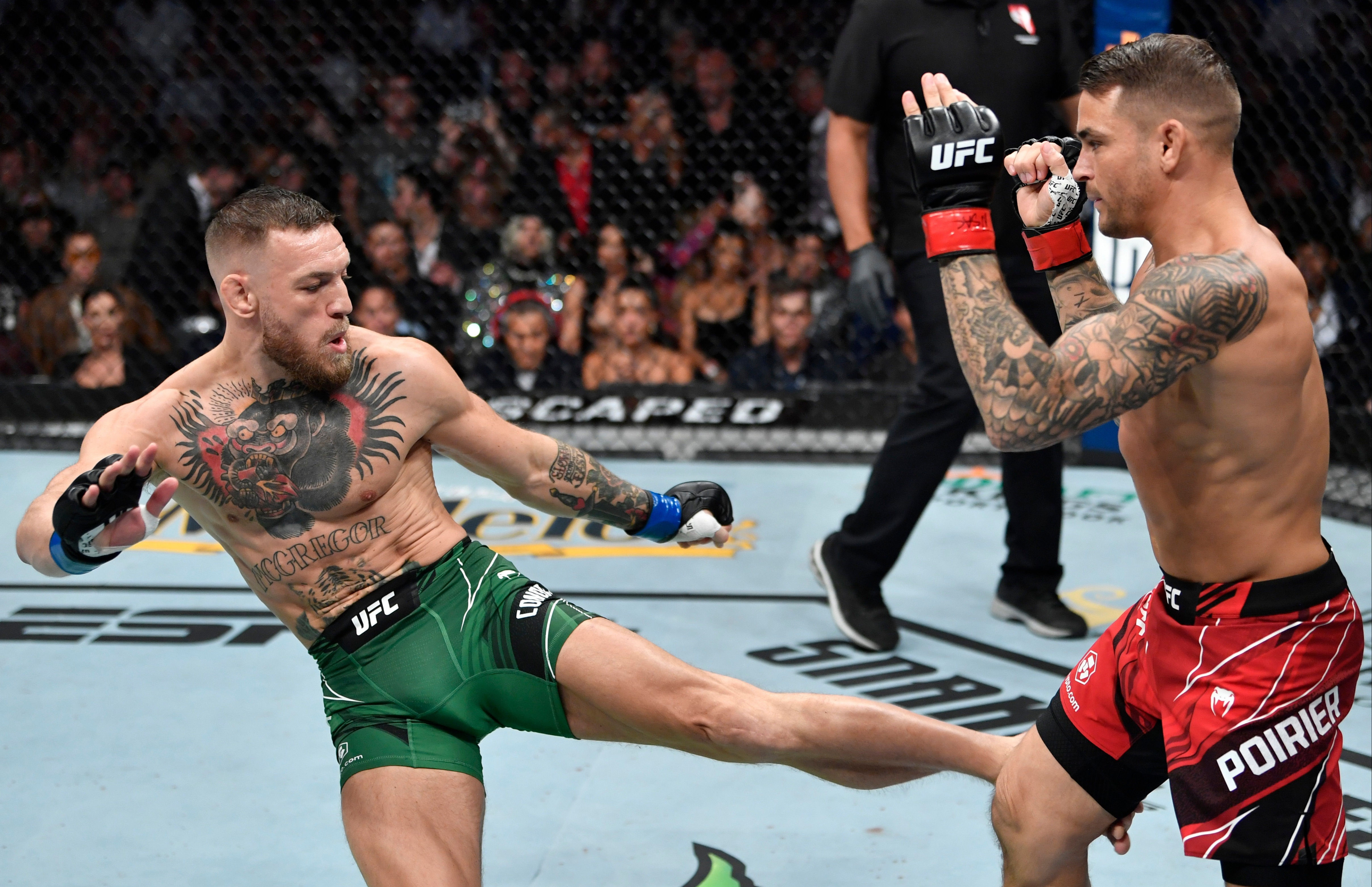 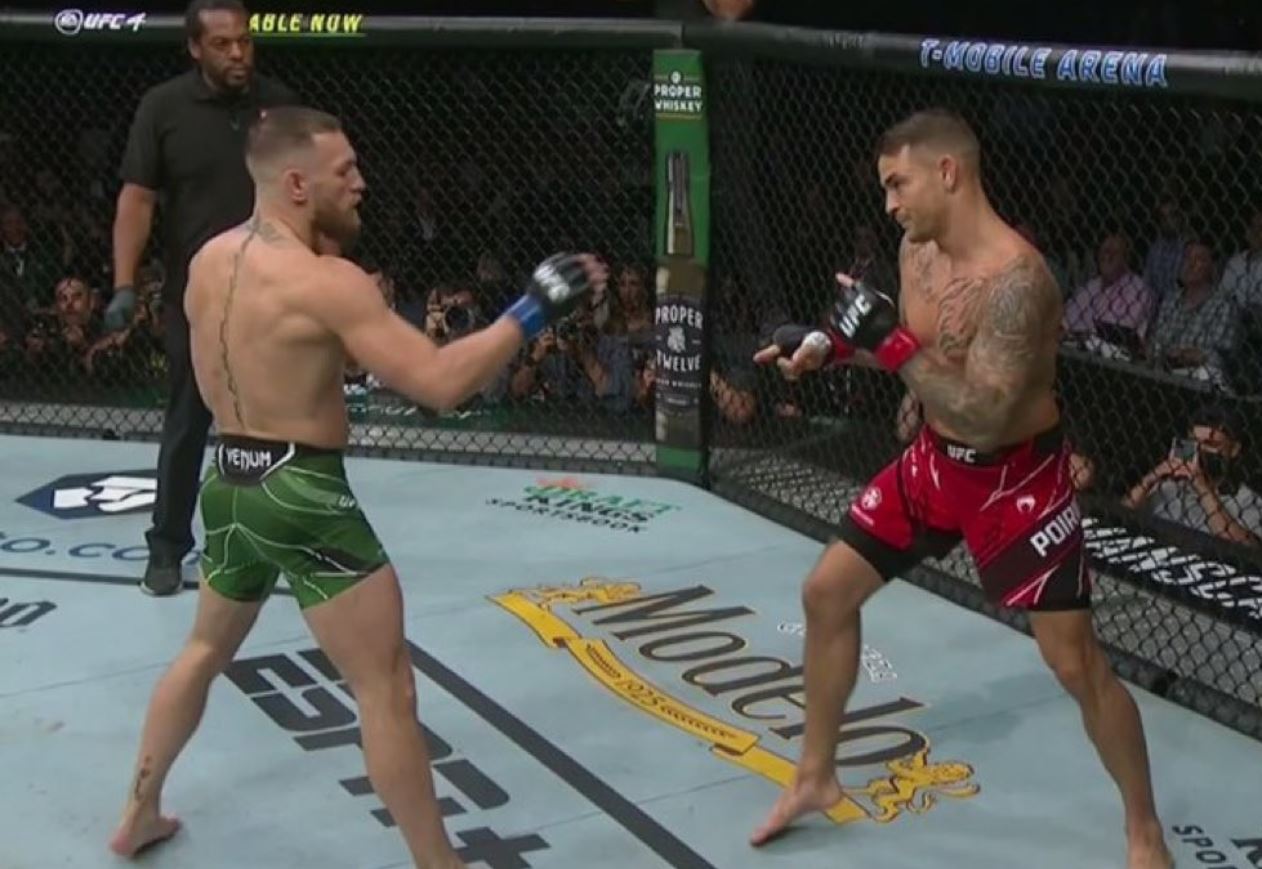 And now a UFC fan on Twitter appears to have identified that in the very early moments of the fight Poirier pointed to McGregor's leg after checking a kick.

McGregor fought on for another four minutes but Poirier also believes the Irishman's leg was broken in their very first exchanges.

In his post-fight interview, the American said: “I felt something, for sure. He fractured it on one of the kicks at the beginning of the fight, and then he broke it.

“I’m more than sure of it. He got what he had coming to him. Karma is a mirror.”

He then later added: “You never want to get a win that way, but what happened was the result of checking a kick."

But McGregor disagreed with how the leg break occurred in the fight.

"This is not over. I have to take this outside with him, it's on.

"There was no check. There was not one of them was a check. Your wife is in my DM's.

"Hey baby, hit me back up and I'll chat to you later on. We'll be having an afterparty at the Wynn nightclub baby."

Poirier's victory means he has now beaten McGregor twice in six months following his second round TKO win back in January.

But UFC president Dana White revealed after the fight that the circumstances surrounding the finish mean McGregor – who beat Poirier in 2014 – will get a fourth shot at the American.

White said: "It sucks, it's brutal. It's not the way you want to see fights end. Dustin Poirier will fight for the title.

"And when Conor is healed and ready to go, you do the rematch I guess. I don't know."

When asked to explain his reasoning for re-booking the fight, White said: "The fight didn't get finished.

"You can't have a fight finish that way. So we'll see how this whole things plays out. Who knows how long Conor is out [for]?

"Poirier will do his thing until Conor is ready."