UFC president Dana White has revealed he plans to speak to Nate Diaz about a potential showdown with Khamzat Chimaev. 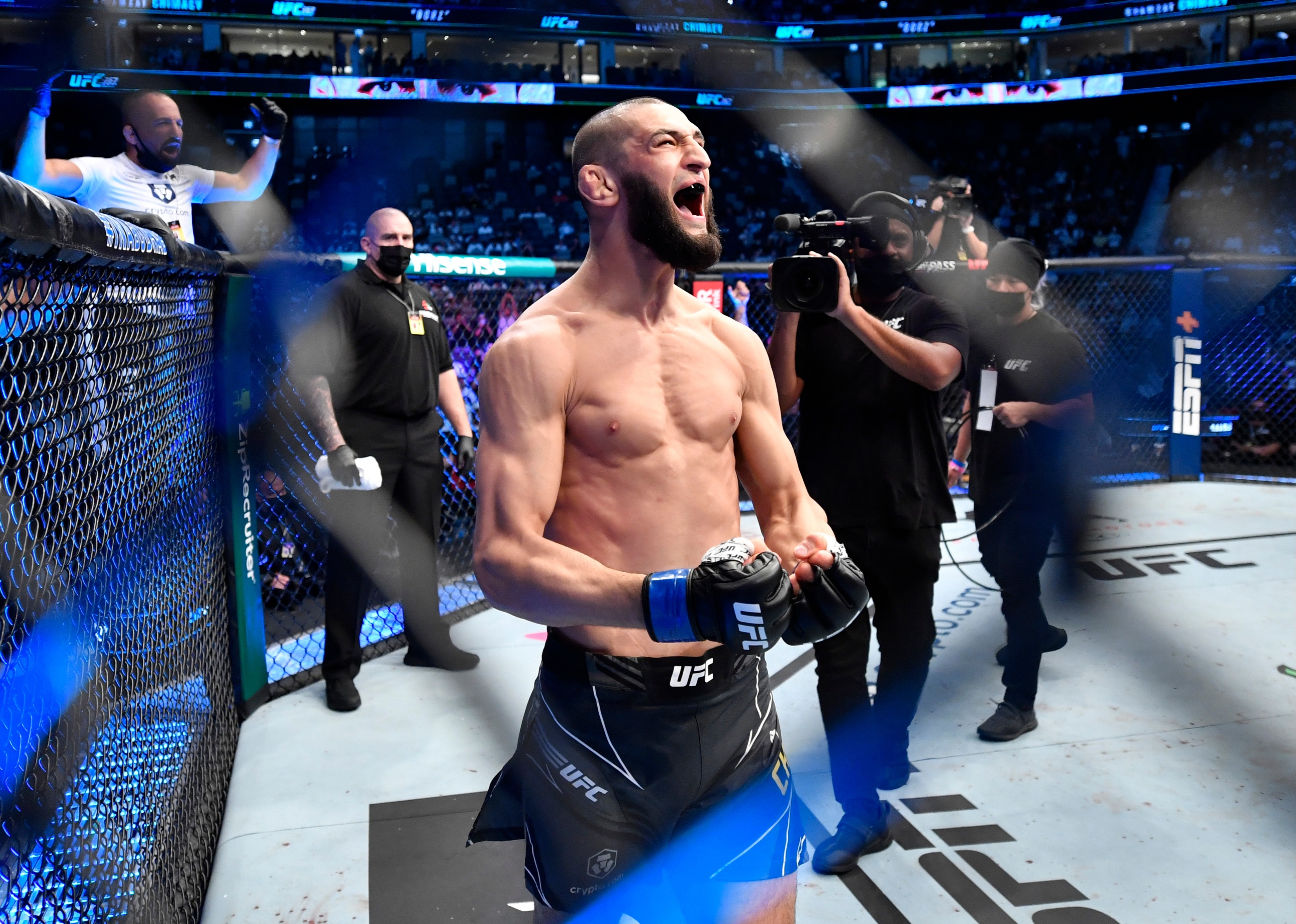 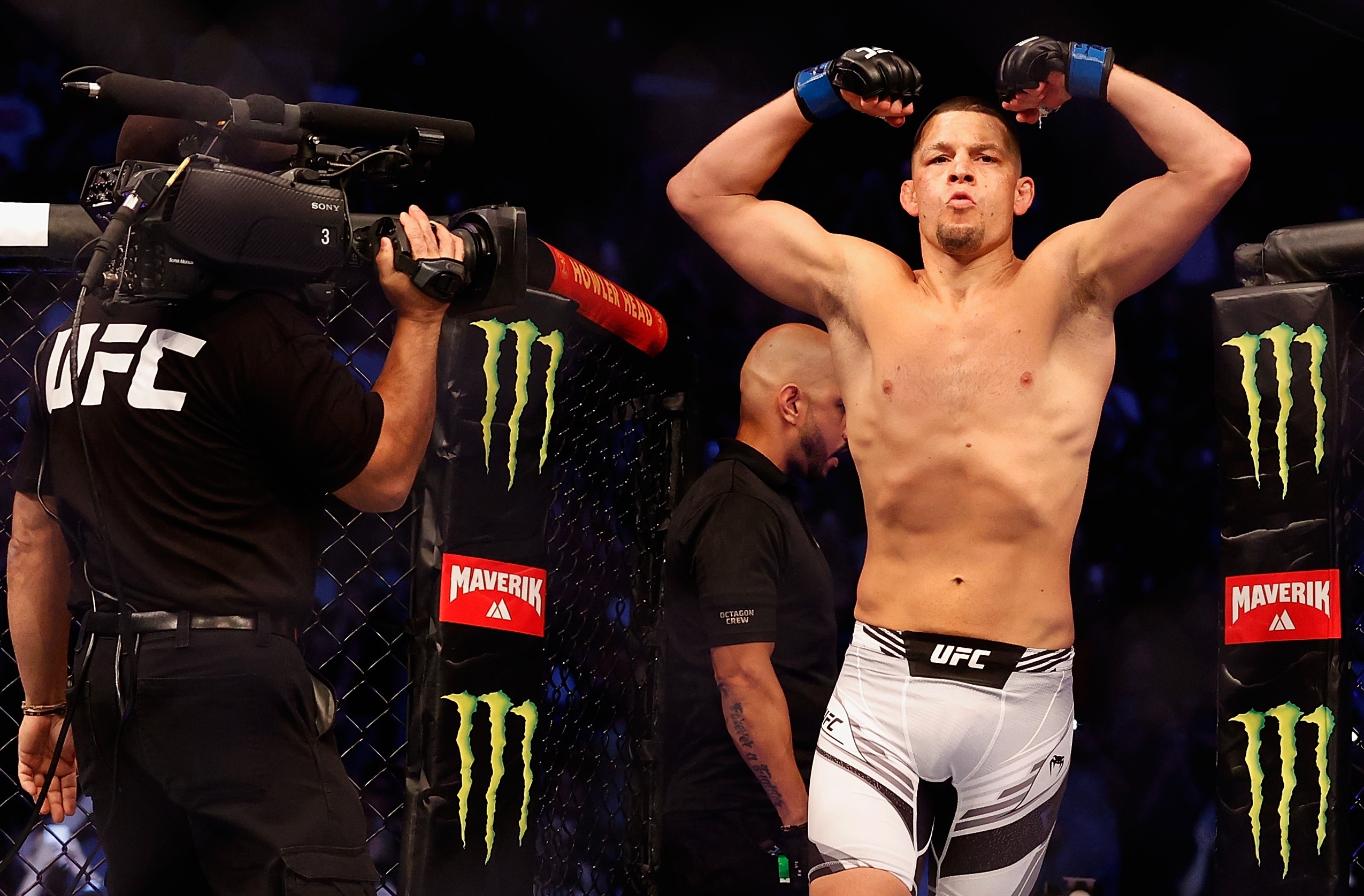 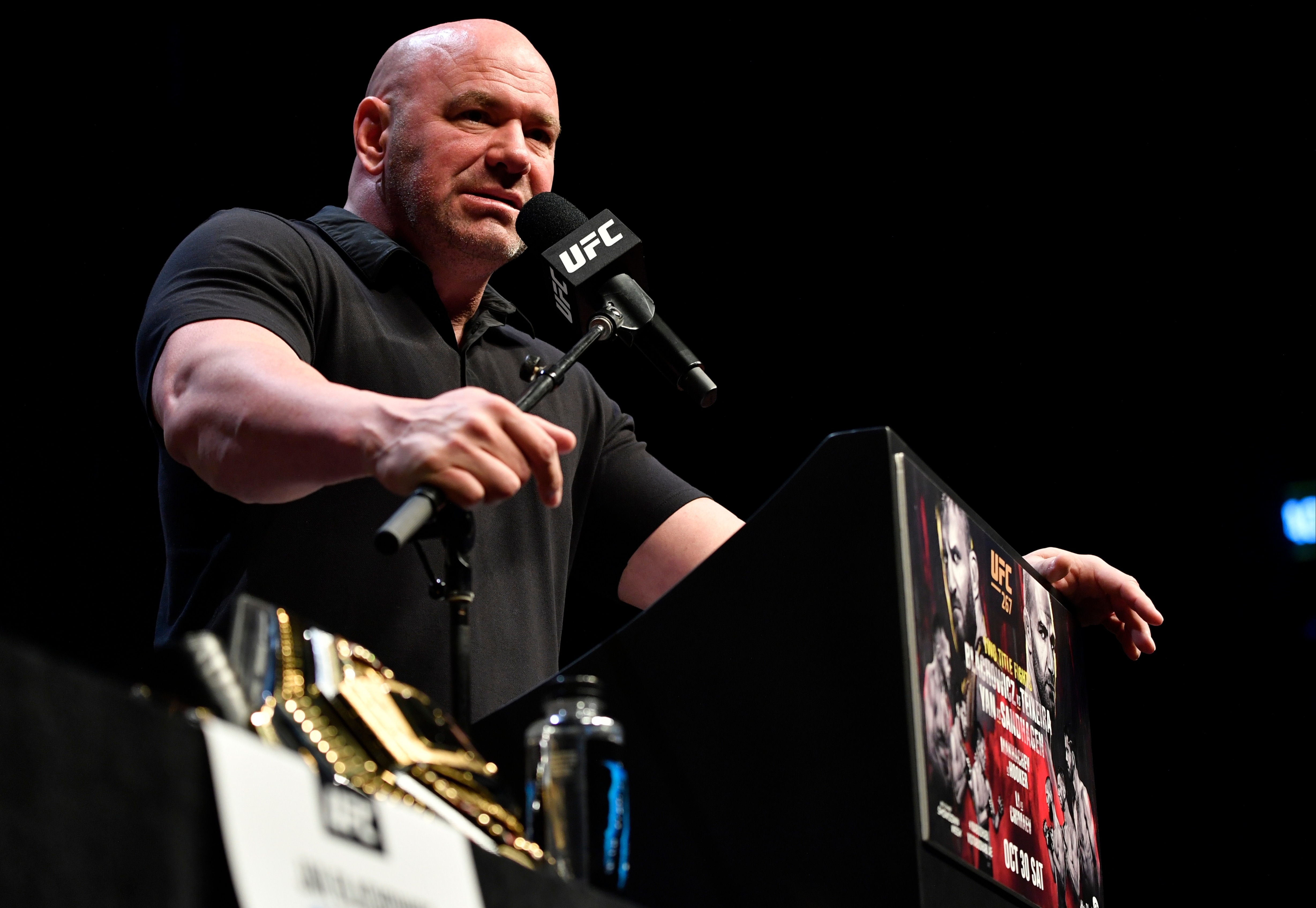 The undefeated Russian doubled down on his callout in the post-fight press conference, which White plans to put the fight to fan favourite Diaz in the near future.

When asked if he'd BE 'down' to make the fight if Diaz expressed an interest, the veteran promoter added: "100 per cent."

White's comments on a potential match-up been Chimaev and Diaz came days after he admitted the fight could come to fruition.

When asked if Chimaev could be next for the Diaz, he replied with a smile on his face: "Anyone in that weight class could be an opponent for Nate Diaz."

Chimaev made light work of the No.11-ranked Jingliang in their Fight Island showdown, choking him unconscious in the first round.

Victory over The Leech stretched the Chechen's UFC record to a perfect 4-0, a run in which he's only been hit TWICE.

White said of the 27-year-old: "This guy is like nothing anybody has ever seen.

"When you think about it, he's got more UFC wins than he's been hit inside the octagon.

"That's insane. And the other night our social team, they filmed his walkout live on Instagram Live.

"It broke the record, it's the biggest Instagram Live we've ever done." 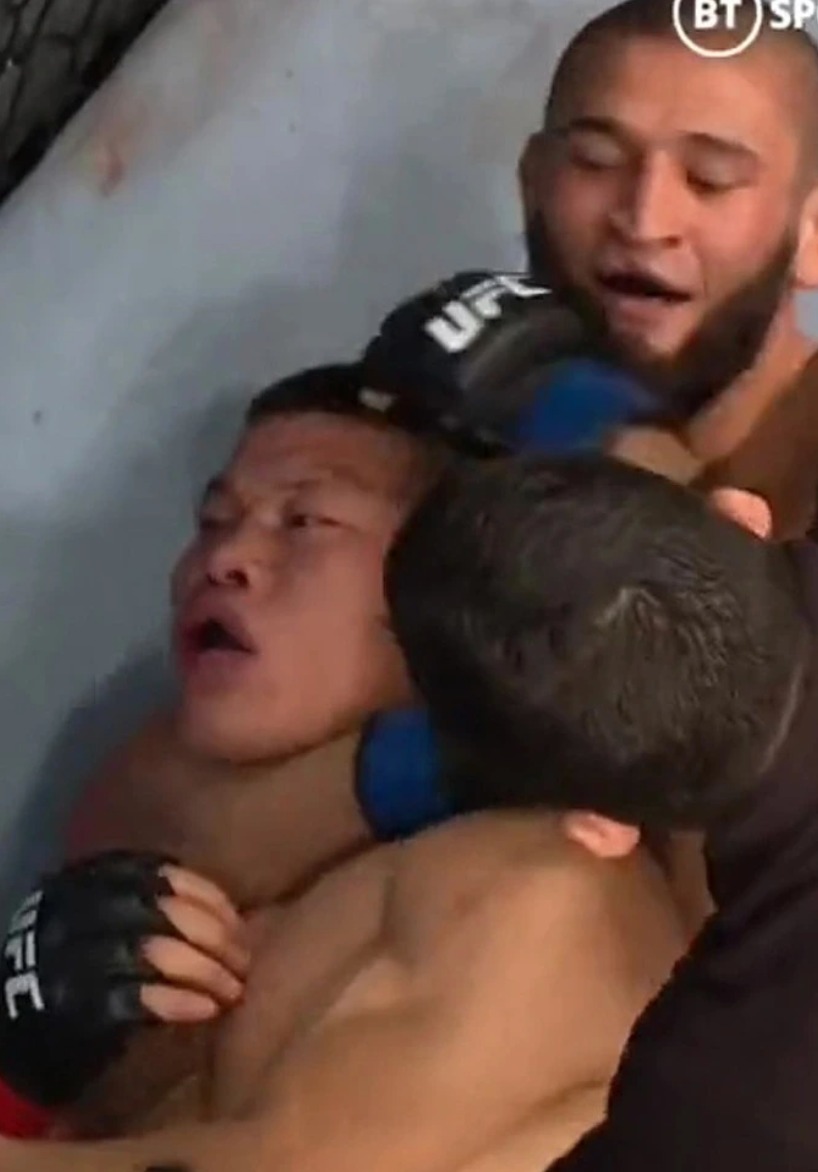 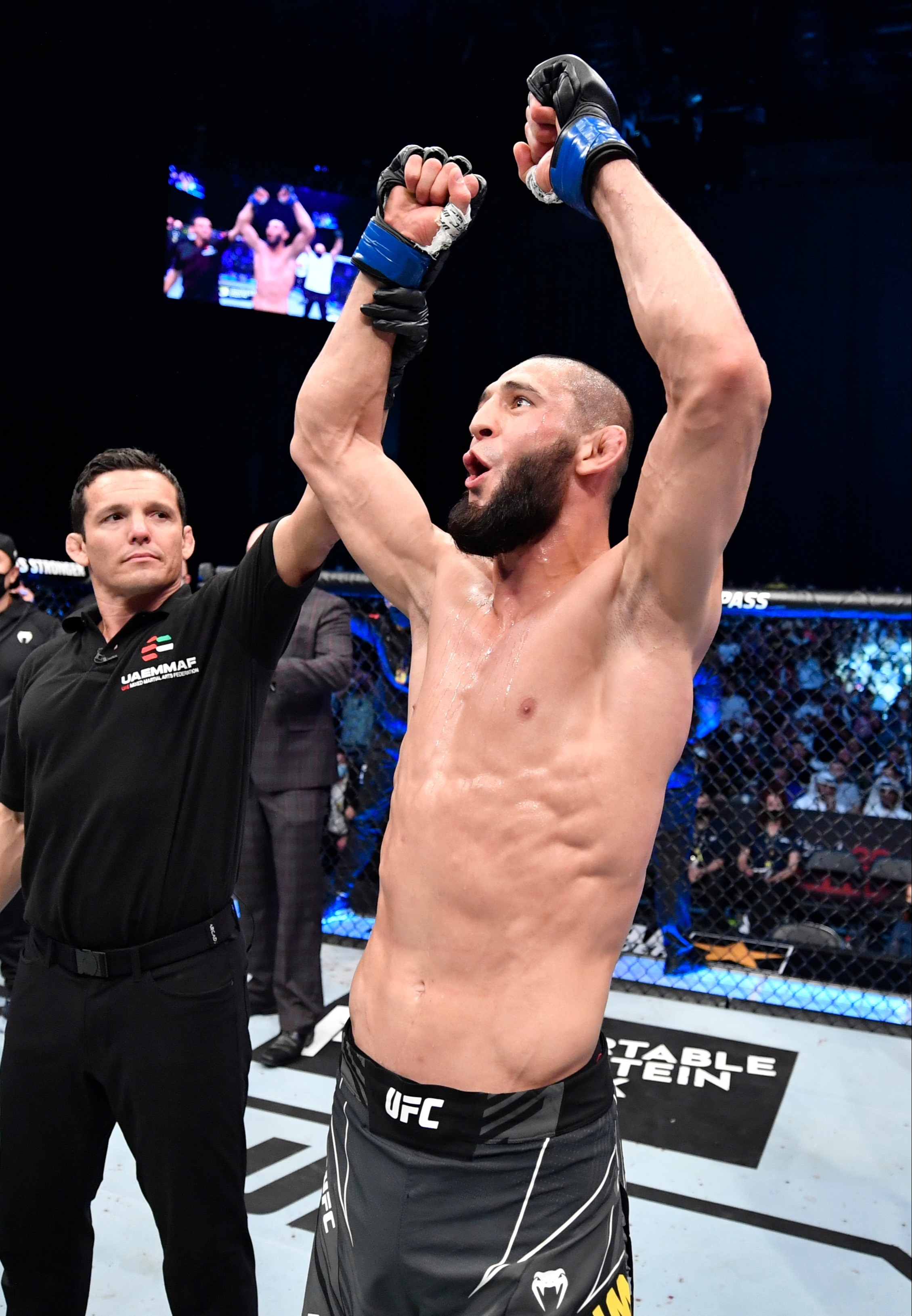 Former lightweight title challenge Diaz, 36, currently has one fight left on his UFC contract following his defeat to Brit Leon Edwards in June.

The youngest Diaz brother is eager to tick off the final bout of his deal with the promotion and explore free agency.

Diaz has flirted with a move to the boxing world over the years and could potentially be in line for a lucrative showdown with YouTuber turned pugilist Jake Paul.

And White has urged the TUF alumni to make a speedy decision on his future in combat sports.

He recently told TSN: “That’s a decision he needs to make.

"Listen, for a lot of these guys, there’s no secret about it.

"If you believe that you are one of the best in the world and you believe you can win a world title here, or hang with the top five, then this is where you should be.

“The minute that you start doubting that is the case, you’ve got to start looking at other options.”