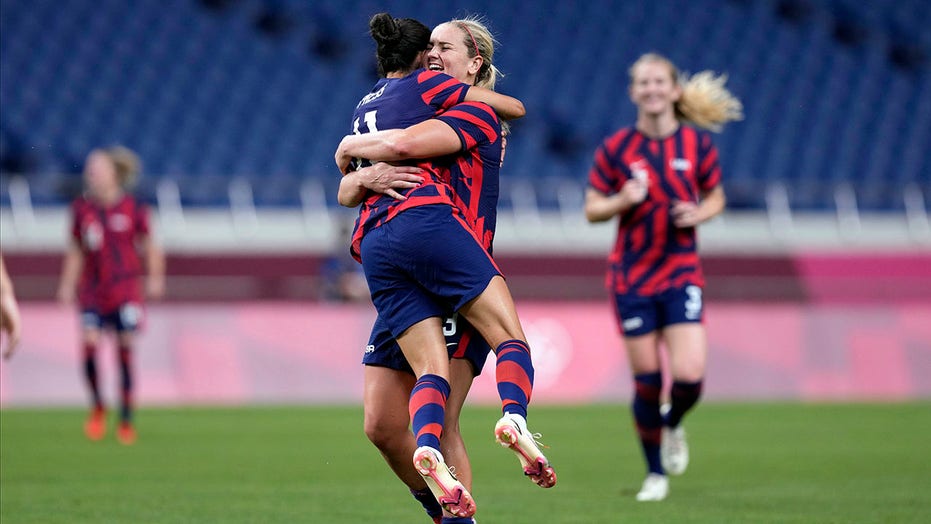 The United States women’s national team overcame a devastating loss to open the 2020 Tokyo Olympics earlier this week by defeating New Zealand 6-1 in its first win at the Games on Saturday.

Midfielder Rose Lavelle set the tone early on, putting the U.S. on the board first, just nine minutes into the group match. Lindsey Horan added another goal to give the Americans a 2-0 lead heading into halftime.

New Zealand quickly unfolded under the pressure, conceding two more goals in the second half to seal the U.S.’s 6-1 victory. Christen Press and Alex Morgan, who came off the bench as a substitute, also registered goals in Saturday’s contest.

U.S. coach Vlatko Andonovski was forced to make several roster changes after this week’s shocking loss to rival Sweden. The American’s fell 3-0, snapping a 44-game winning streak that dates back to January 2019. The USWNT had not been held scoreless since 2017.

The women’s national team has largely dominated the Olympic Games, competing in every event since joining in 1996. The favorites heading to Tokyo, the American’s are looking to extend their record of four gold medals to five.

They will next play Australia on Tuesday, who they are now tied for second with after climbing from the bottom of their group with Saturday’s victory. They lead Australia in goal differential.