The Minnesota Vikings will kick off the 2020 NFL season with the family of George Floyd in attendance at U.S. Bank Stadium for the opener agains the Green Bay Packers.

The team also announced its pregame plans for bringing awareness to issues of racism and injustice.

The Vikings announced Friday they would host and recognize Floyd’s family after the performance of “Lift Every Voice and Sing,” popularly known as the Black anthem. James Weldon Johnson will perform it and Sounds of Blackness will perform the Star Spangled Banner.

Floyd, a Black man, was killed in Minneapolis police custody in May when an officer, who is white, held a knee to the Floyd’s neck for 8 minutes and 46 seconds. His death sparked protests across the country and an ongoing national reckoning with racial justice.

Vikings players attended a memorial service in the area in June. The team announced a $5 million donation to social justice initiatives in the weeks after his death and established a George Floyd Legacy Scholarship.

The organization chose the inaugural recipient of its $5,000 scholarship this week, via the Twin Cities Pioneer Press. The scholarship benefits an African American graduating senior in the Minneapolis-St. Paul area who is pursuing a post-secondary education. The Vikings also announced a nearly $1 million donation to go toward voter education and registration; educational curriculum on racism and Black history; and law enforcement and criminal justice reform. 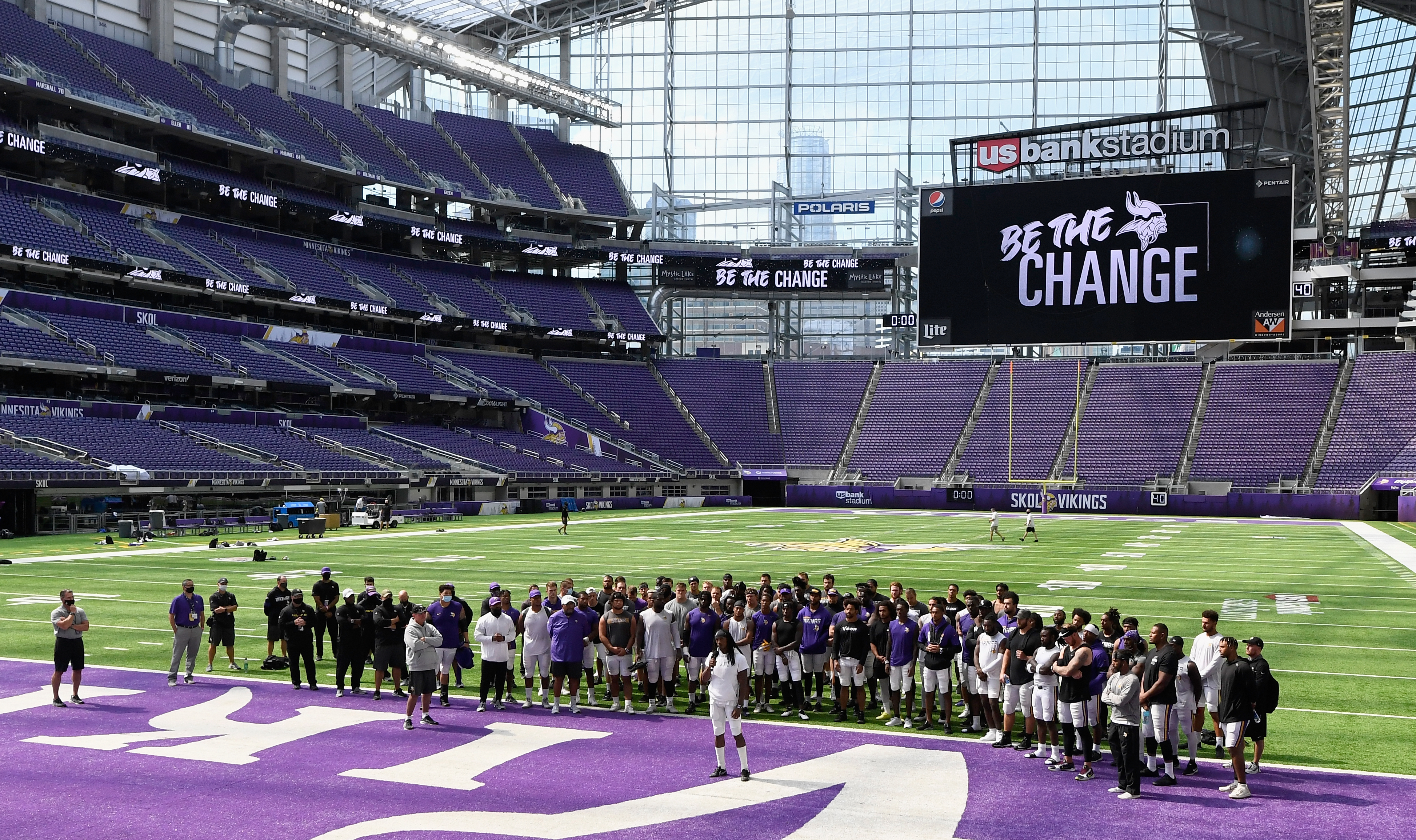 The Vikings players will wear pregame shirts that read “Be The Change” and have the names of 200 people who have been killed by acts of racism of police violence.

When the #Vikings take the field ahead of their Sunday opener, they’ll wear these “Be The Change” T-shirts highlighting 200+ victims of racism or police brutality, with special emphasis on George Floyd, who was killed in Minneapolis: pic.twitter.com/dfenHpeYQt

They can also wear the shirts designed by Houston Texans safety Michael Thomas for the NFLPA and made with Nike.

The end zones will be marked with “It Takes All Of Us” and “End Racism,” a message being used across NFL stadiums for the first weekend. Players can also wear helmet decals.