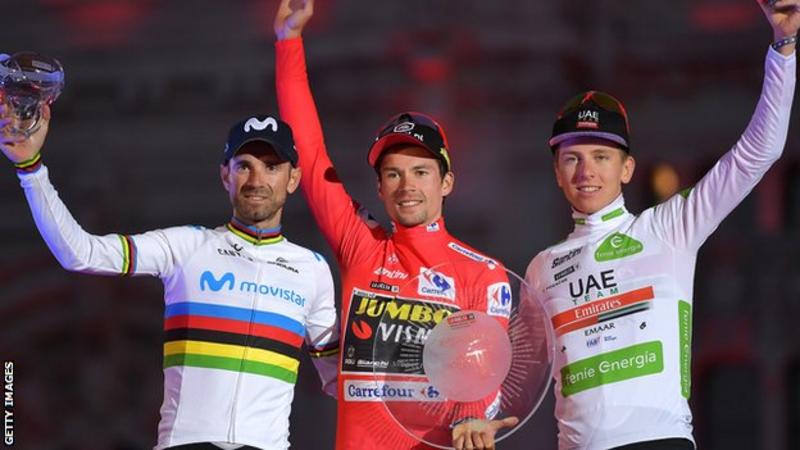 The Irishman found himself boxed in and although he was closing fast was unable to add to his two previous stage wins.

Roglic became the first Slovenian to win the general classification in one of cycling’s three Grand Tours – the Vuelta, the Tour of France and the Giro d’Italia.

He moved into the leader’s red jersey after winning the individual time trial on stage 10.

He was favourite for the stage and put at least a minute and a half into all his main rivals.

That gave him a lead of nearly two minutes in the GC over Valverde and with help from his Jumbo Visma team he was able to retain the jersey over the second half of the Vuelta all the way to Madrid.

On a notable day for Slovenia, 20-year-old Tadej Pogacar of UAE Team Emirates joined Roglic on the podium in third place, as well as winning the young rider category.

Spanish rider Jesus Ezquerra produced a ring and proposed to his girlfriend midway through the stage. She said yes.