Matthew Wade has declared he is willing to promote himself up the Tasmanian batting order in a bid to earn a recall to the Australian Test side.

Wade, 31, twice dropped by Australia as Test wicketkeeper, is having an outstanding Sheffield Shield season, topping the competition for runs with 571 at 63.44. 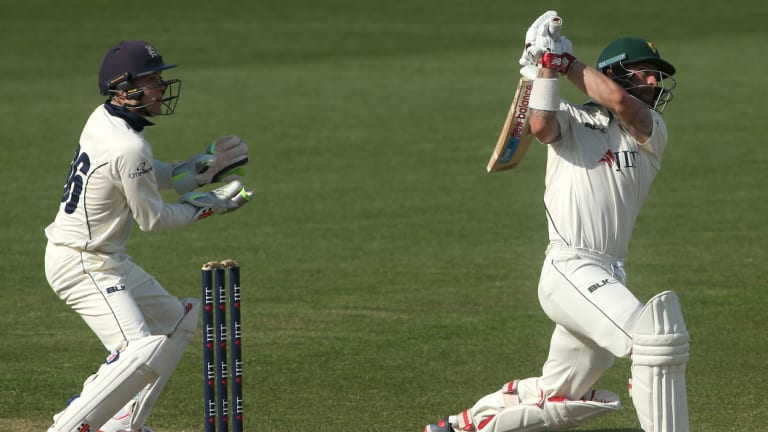 Matthew Wade would be happy to bat as a specialist batsman if he could return to the Test side.Credit:AAP

While appreciative of the time Langer took to message him, Wade, dropped on the eve of last summer’s Ashes series for state teammate Tim Paine, said he remained determined to win a spot as a specialist batsman, acknowledging that his days as an international keeper were likely over.

“It was a blessing in disguise that I got to play just as a batter with Tim in the team, so it probably showed the selectors that I can play as a specialist batsman," Wade said.

"I’m not batting in the top four or five at the moment for Tasmania, but at the moment in the Test team I feel like No. 5 or six, that role would suit me perfectly, so hopefully they come knocking soon.

“I’m arguably batting on the worst wicket in the country. Granted it is at six, but I feel like I’m in pretty early in most innings. They might want me to come up the order, maybe that’s something that I can look at.

"If I have to prove that in Shield cricket, I will. I’ll come up the order and take off the gloves. Hopefully the communication keeps coming.”