ANTHONY JOSHUA has released a throwback clip of his amateur days where he brutally KO'd his opponent leaving his head guard flying across the ring.

The Brit heavyweight champ has knocked out 21 out of his 24 opponents throughout his professional career. 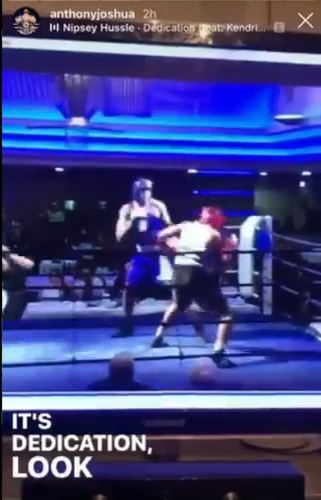 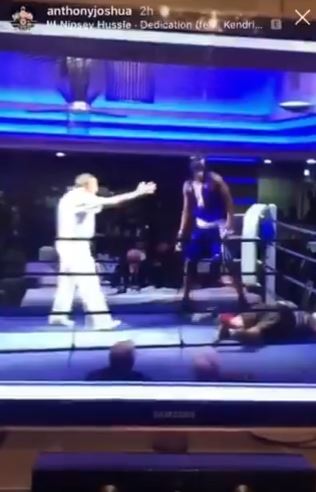 But none more brutal than against an unfortunate opponent back in the day before he was a world star.

The video shows AJ wearing blue towering over his man and seemingly in complete control of the scrap.

Joshua, 30, dodges a couple of jabs before showing off his blistering pace to land a series of brutal blows.

He catches him with a left before launching a right hook that takes off his head guard.

The opponent then falls face-first to the canvas before the referee steps in to give him the count.

He tries to get up but stumbles into the corner leaving the referee with no option but to call off the fight.

Joshua uploaded the clip to his Instagram alongside a song called dedication and other images of him coming through the ranks.

One image showed him walking in a suit in 2011, the year he was arrested for possession of cannabis, alongside one picking up his MBE from the Queen seven years later. 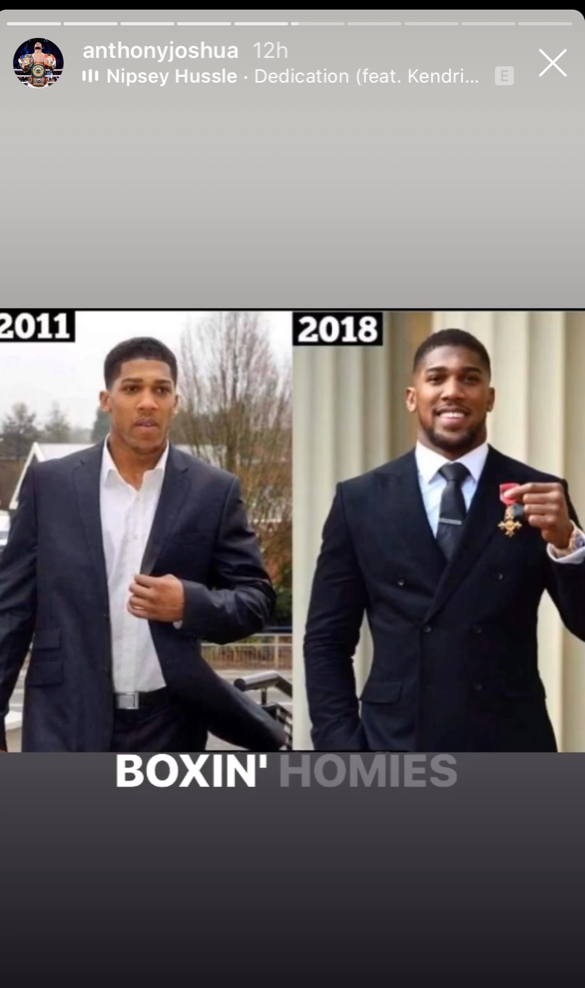 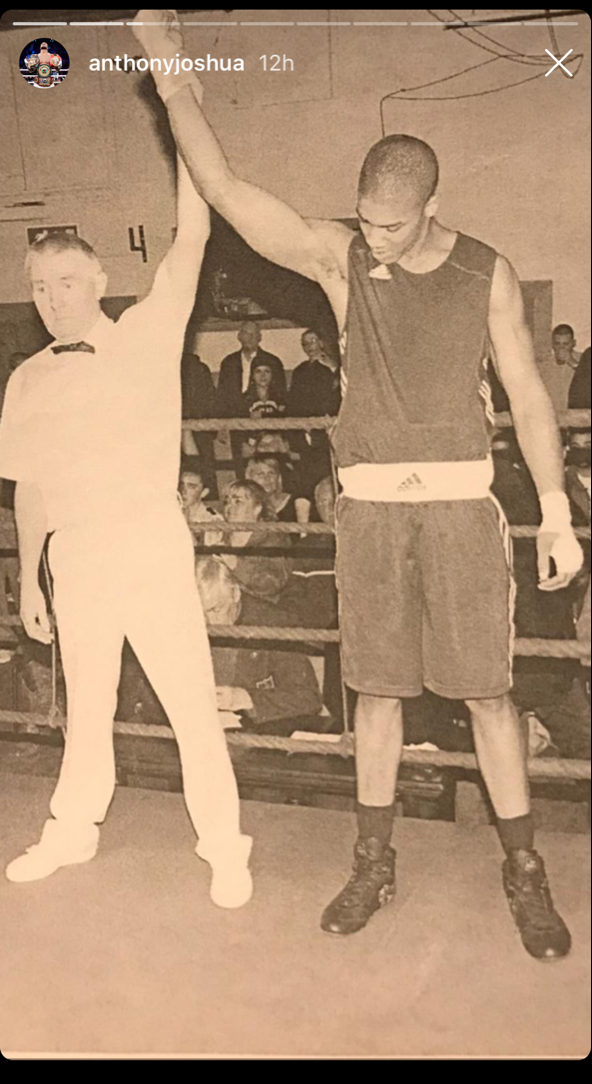 It follows on from yesterday's throwback images documenting his life from a troubled kid in Watford to heavyweight champion of the world.

The amazing snaps show Joshua in the gym as a youngster, working his way up the boxing ranks in small-hall amateur fights.

Elsewhere, Joshua can be seen sitting in a new car, purchased well before he was 2012 Olympic champion, proudly showing off his wheels in 2007. 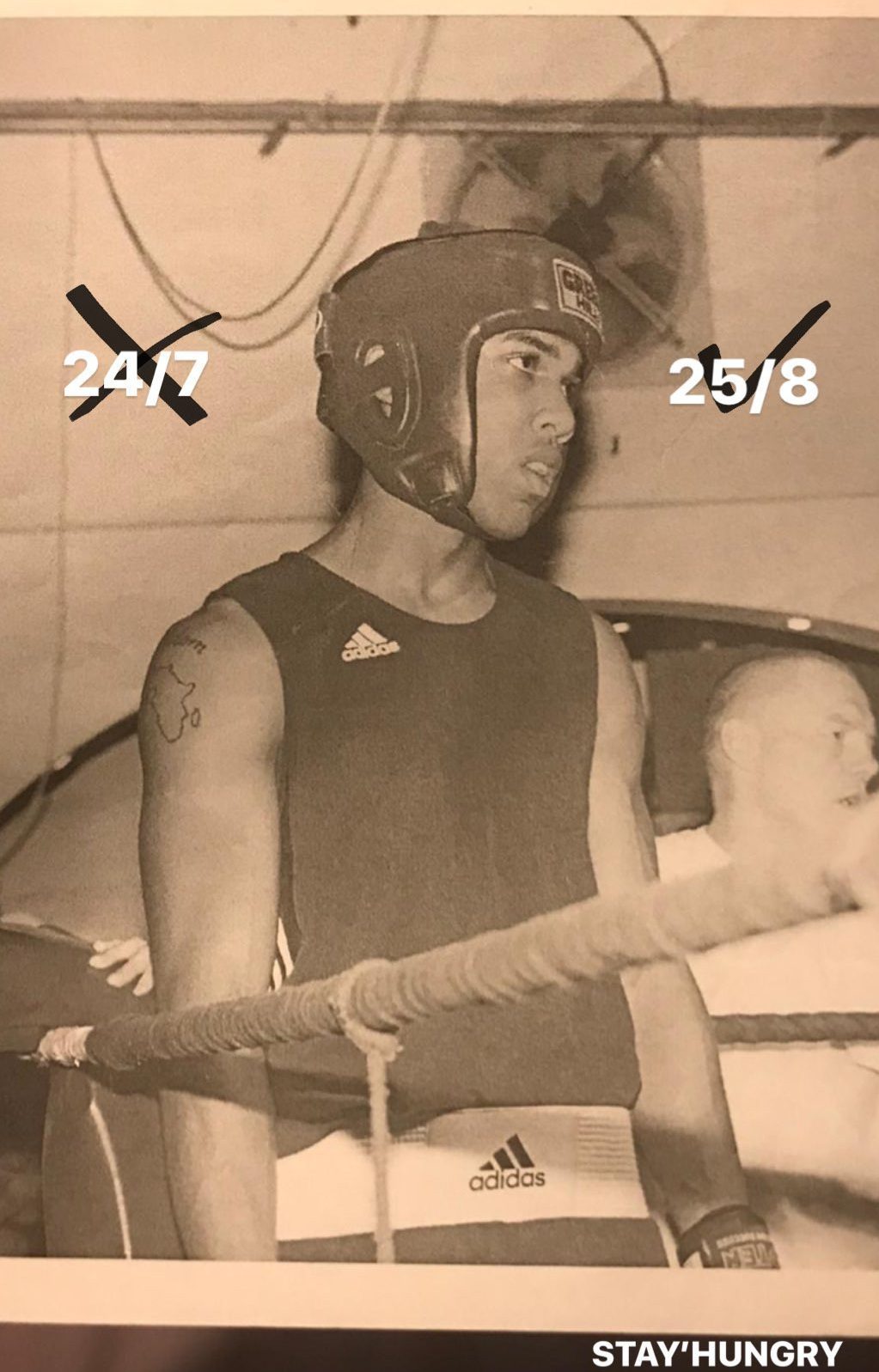 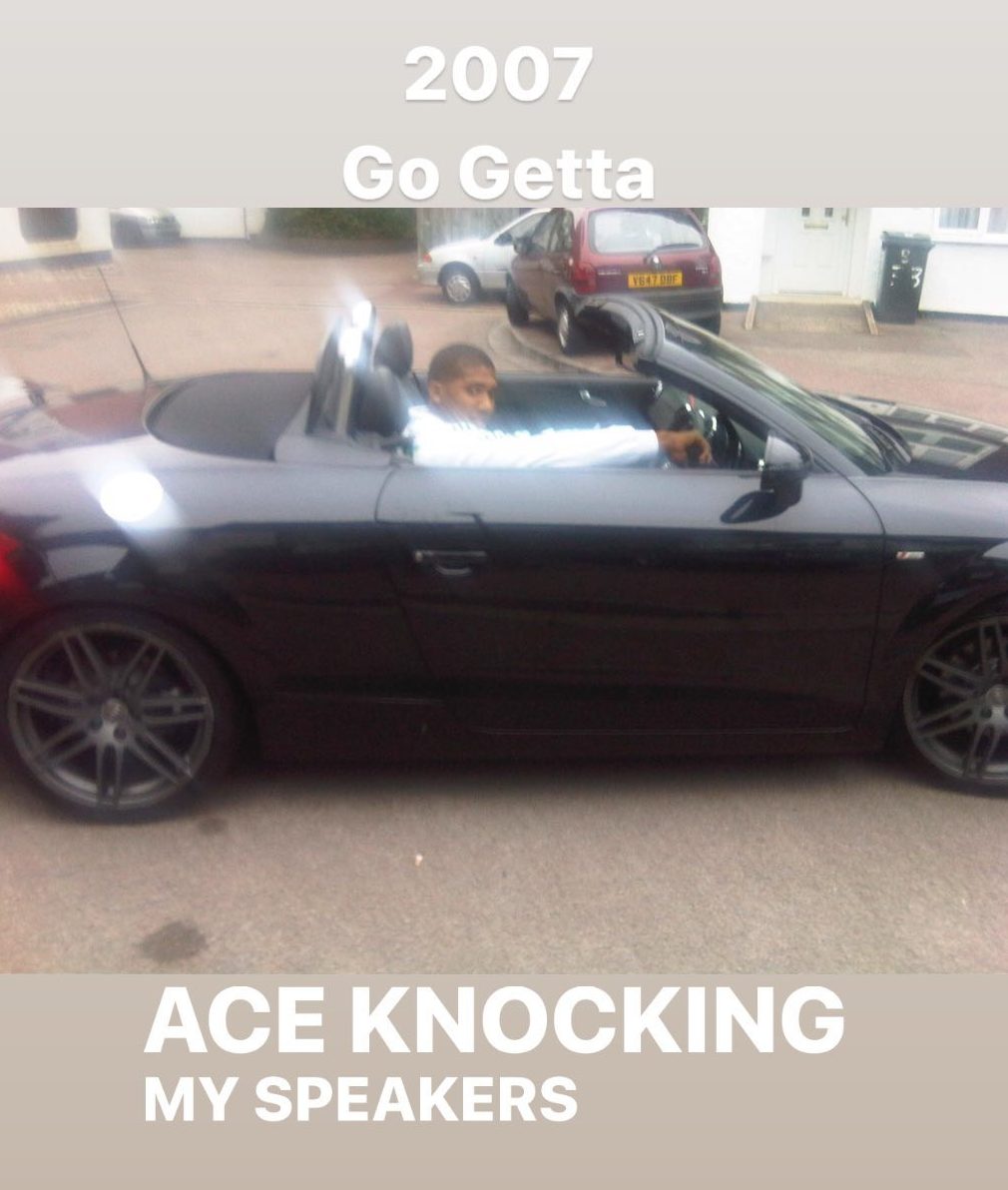