ANTHONY JOSHUA showed off a cheeky sparring trick as he touched his ankle before immediately landing a shot while training to fight Oleksandr Usyk. 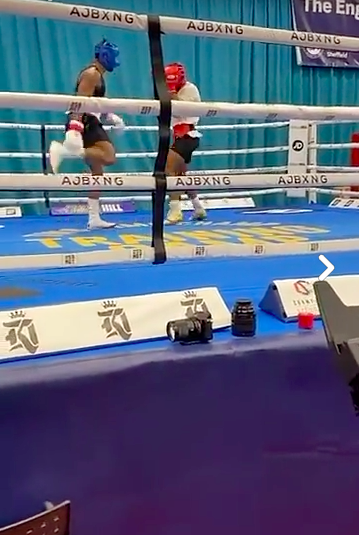 In a video posted on his Snapchat, Joshua revealed some of his flair in the ring as he touched his ankle before throwing a jab.

The move was eerily similar to one boxing legend Roy Jones Jr would have pulled off during his heyday.

Joshua, 31, will need to pull out all his weapons against Usyk, 34, a former undisputed champion at cruiserweight.

Joshua was only ordered to fight Usyk by the WBO after his all-British unification bout with Tyson Fury collapsed.

Fury, 33, was instead made to face Deontay Wilder, 35, once again after the American won his right to a trilogy bout in arbitration.

It leaves AJ waiting even longer for his shot at heavyweight supremacy, but he warned Usyk poses just as much of a threat as anyone else.

He told Sky Sports: "I've got another challenger who's good, just as good.

"I have to be serious about him now.

🥊 Joshua vs Usyk: All the TV, stream and undercard info ahead of Saturday's heavyweight bout

"I would have loved to have boxed for the undisputed championship because it was a big fight for the public. We had everything set up.

"I have to move forward and not keep dwelling."