CANADIAN diver Pamela Ware recorded a rare score of 0.0 to miss out on a place in the Tokyo Olympics 3m springboard final.

The 28-year-old, who was making her debut at the Games, landed in the pool feet first after fears over injuring herself during her last attempt. 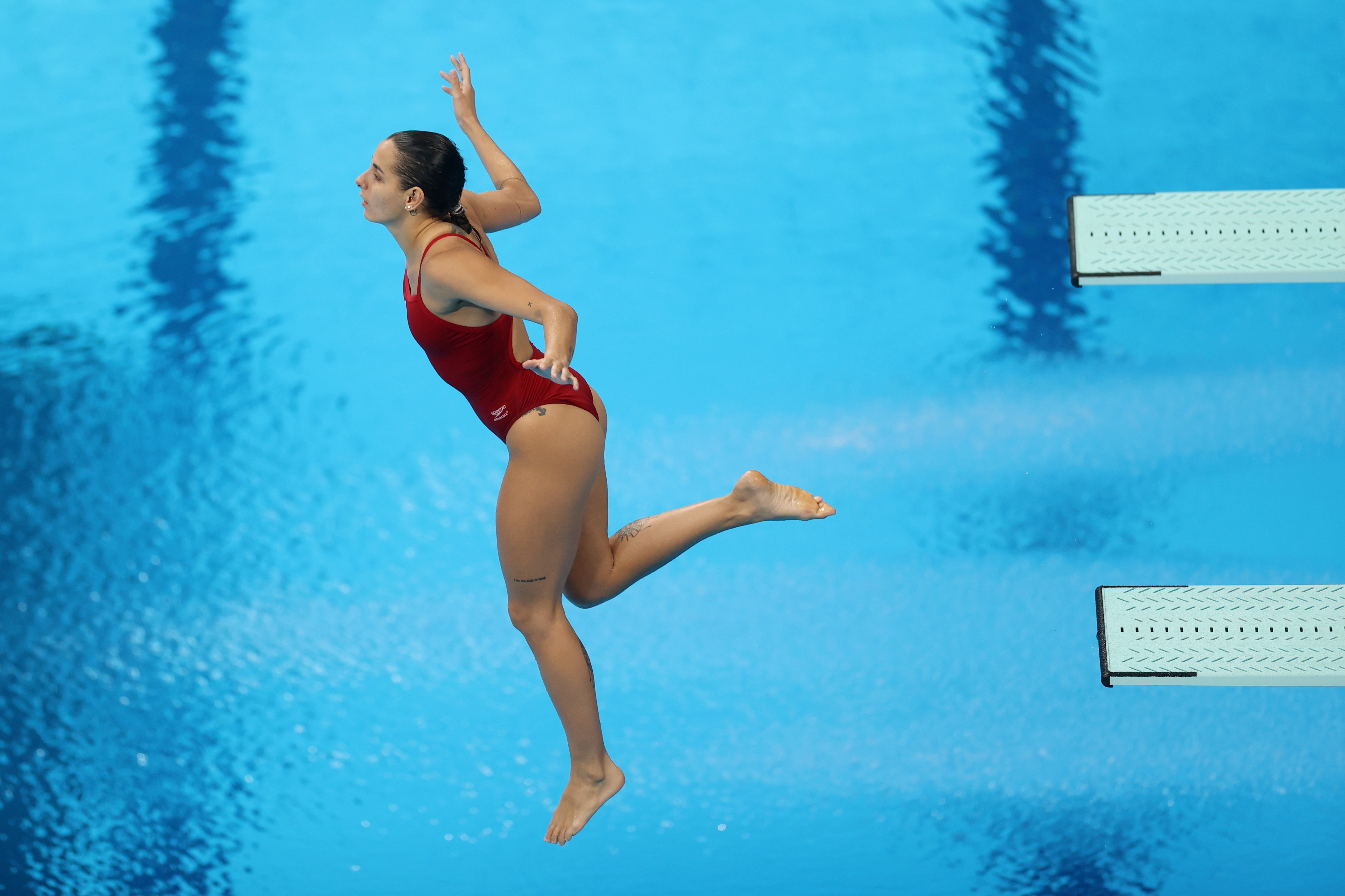 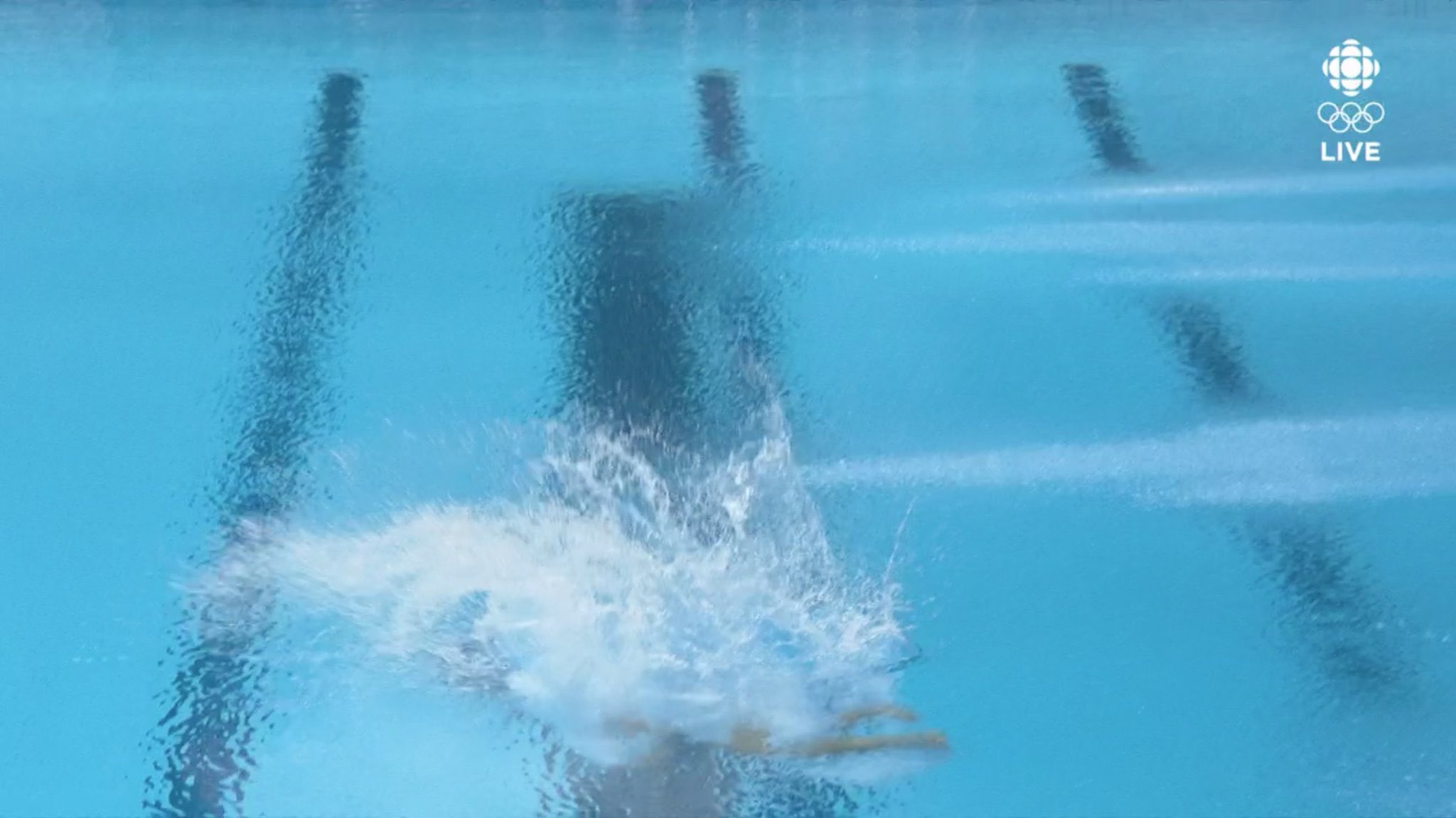 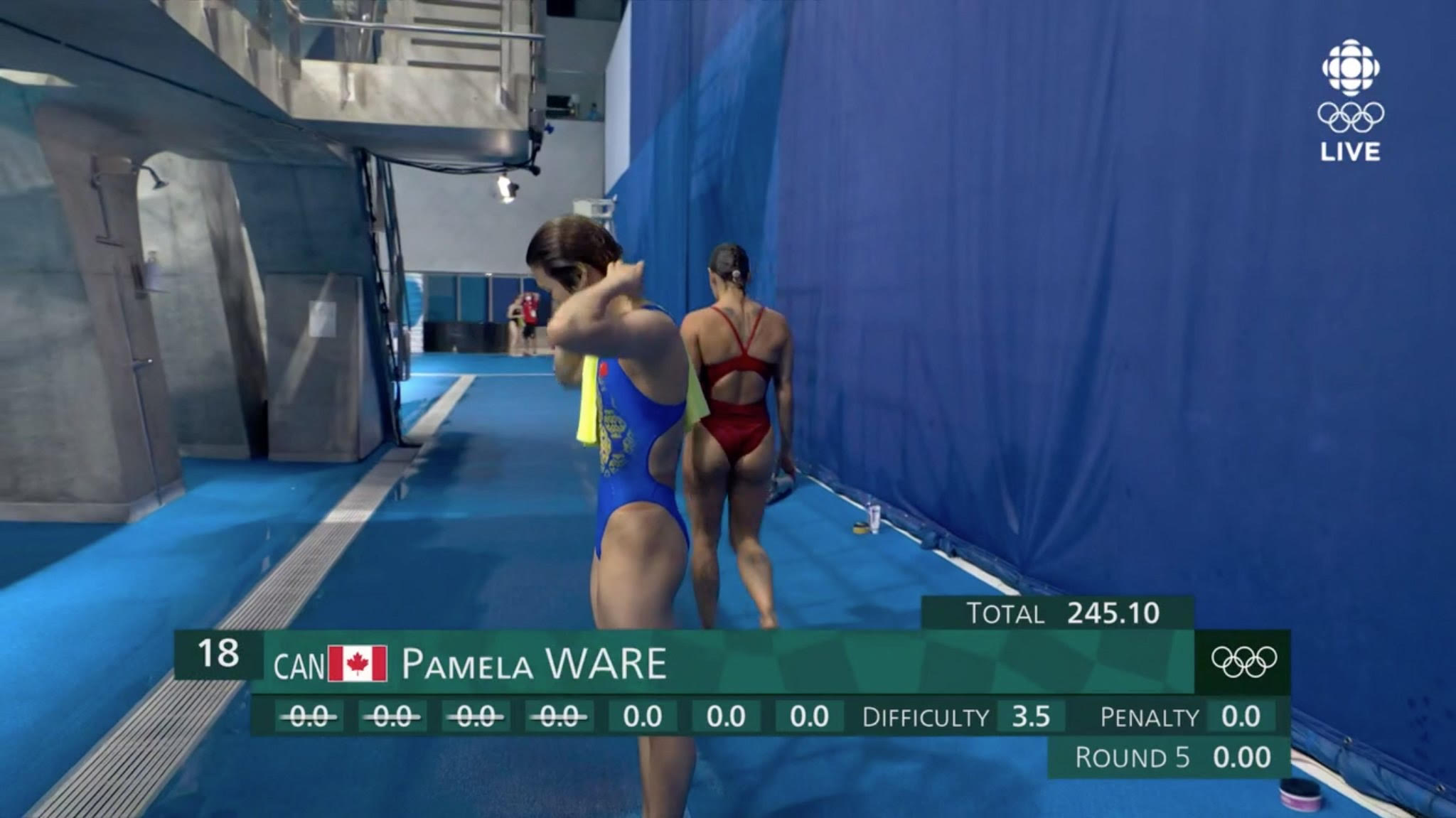 Ware took a misstep on her approach for a 3.5 difficulty dive and was forced to abandon her planned attempt the second she jumped.

As a result, the 2013 World Aquatics Championships bronze medalist performed a pencil jump straight into the pool and scored a 0.0.

Ware's lowly dive meant she exited the competition and she later admitted her fears that she would have ended up injured had she not pulled out.

She told Canadian broadcaster CBC: “I think that if I would have done the dive, I could have possibly hurt myself.”

Ware later added in an Instagram video that she was still proud of her journey despite the mistakes she had made.

The diver said: “I am going to say that I am very proud of myself. Something really difficult.

“What you guys see in the competition is just a tiny factor of what we actually do to get to where we are.

“I was so ready for this competition, and I made a mistake.

“But I am proud because I have done everything possible to make it to where I am and I’m human, I’m allowed to make mistakes.

“I hope you guys are gonna get used to having me around because I’m not going anywhere, I’m not giving up. This competition does not define me and I will not let it defeat me.”

Mexican diver Arantxa Chavez, 30, also scored 0.0 from the judges after she made a similar error during the preliminary round.