CANELO ALVAREZ gave Caleb Plant a warning about his incredible speed and power in a video recorded during a training session.

The pound-for-pound king, who takes on the American in a big-money super-middleweight title unification bout on Saturday, showed off his skills in a clip in August that will serve as a reminder that Plant won't have an easy ride. 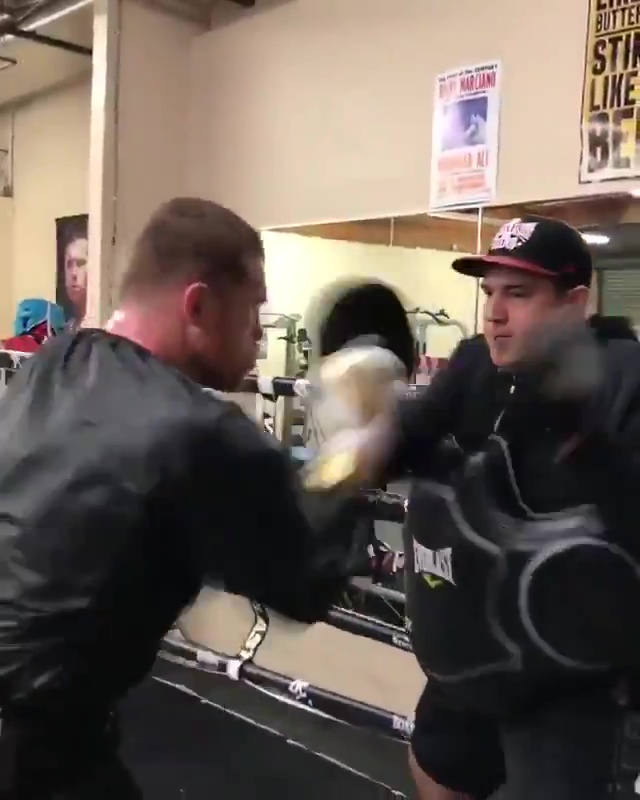 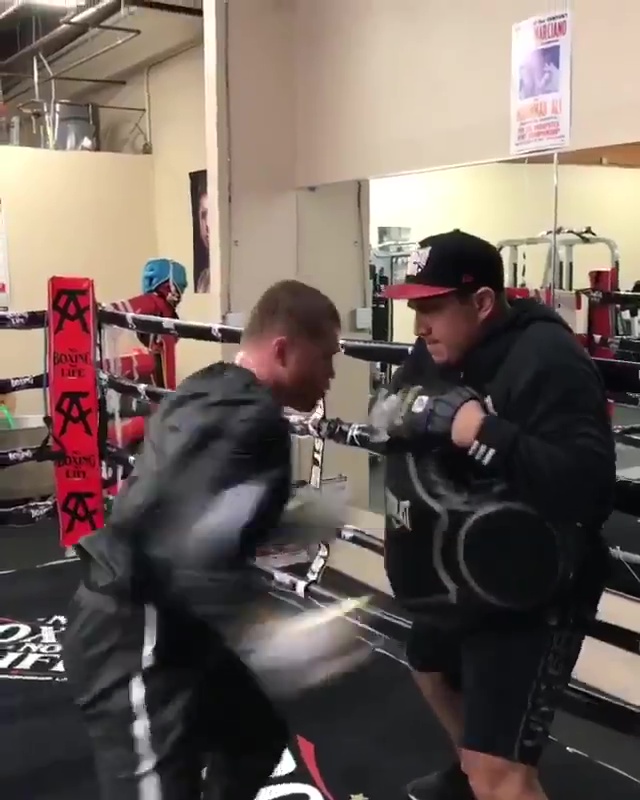 Early negotiations over the showdown collapsed late July, much to the disappointment of boxing fans around the world.

But, talks were eventually successful and the fight happens on November 6.

The collapse of the bout didn't stop Canelo from working hard in the gym with coach Eddy Reynoso.

The Mexican shared a video of himself going through offensive and defensive drills with his countryman to his Instagram page.

Canelo showed blistering hand speed as he cracked the pads and blocked his coach's returning shots.

The 31-year-old's shuddering power was also on display as he mixed in vicious power left hooks with his fast straight punches.

After finishing off the drill with a nasty hook, Reynoso told Canelo, 'Eso bien', which means 'that's good' in English.

Boxing fans were blown away by the unified 168lb champ's speed and ferocity, with one saying: "Frightening."

Another said: "Trains like a man who doesn't know how much $ he has in the bank, crazy, relentless hunger."

And another: 'There's a reason he's the goat, drilling the basics almost religiously."

One remarked: "Monster at work.'

Canelo – real name Saul Alvarez – was originally due to face Plant in Las Vegas on September 18.

The undefeated Plant blamed the collapse of the mouthwatering bout on the Mexican mauler, telling ESPN: "Canelo was offered the highest guarantee of his career.

I question whether legacy or money is their real motive

"He was set to make $40 million plus Mexican TV rights and his Hennessy Sponsorship.

"It was always agreed that it was a [title] unification; no rematch for either fighter.

"Towards the end of negotiations they asked for a rematch when they lose, no problem, you can have the rematch as well, I just wanna fight.

"I question whether legacy or money is their real motive."