JUVENTUS made Champions League history against Chelsea by scoring ten seconds into the second half.

Federico Chiesa, 23, thundered an effort past Edouard Mendy ten seconds after the restart – the fastest second-half goal EVER in the Champions League. 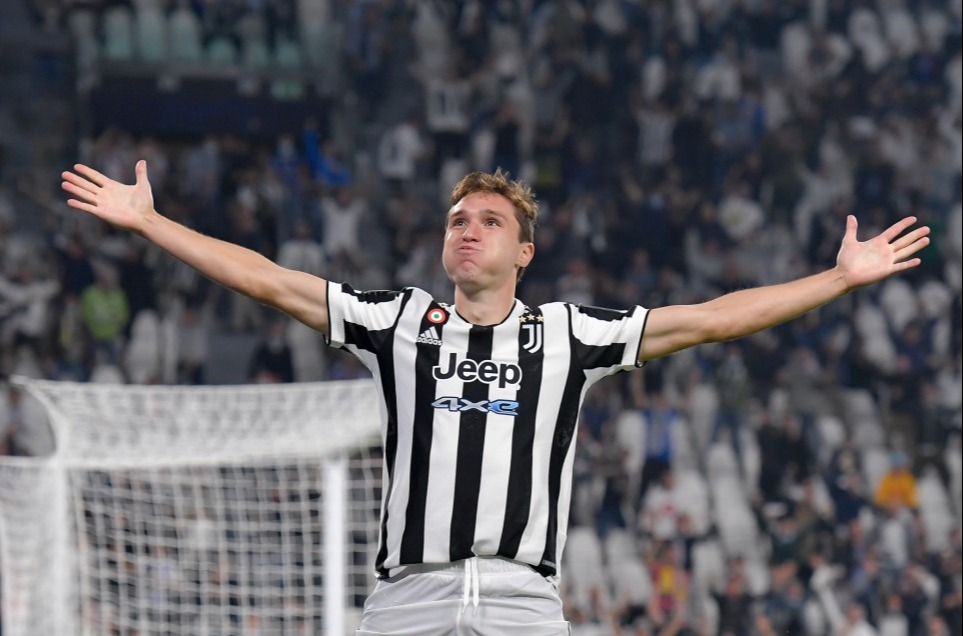 A simple long ball from Leonardo Bonucci was flicked on by the head of Adrien Rabiot, who found Federico Bernadeschi.

The Italian then slipped a lovely short pass into the path of Chiesa, who found the back of the net with an emphatic finish.

Mendy quickly fumed at his sluggish defenders in front of him as they failed to stop the Juventus attack.

Chiesa's strike may be the quickest ever in any half of Champions League football.

Roy McKaay boasts the record for quickest goal after kick-off – scoring 10.1 seconds into a match between Bayern Munich and Real Madrid in 2007.

And like Real Madrid in that match more than 14 years ago, Chelsea struggled to react.

Juventus frustrated the European champions for large spells and although Thomas Tuchel's side enjoyed 73 per cent possession, that translated into just one shot on target.

And it was Juventus who came closest to adding another but Bernadeschi could not sort out his feet in time to tap home Juan Cuadrado's low cross.

Desperation grew for Chelsea with Tuchel even turning to Ross Barkley to make an impact from the bench but Chiesa's goal was the difference as Juventus won 1-0.