TOP trainer Dan Skelton goes absolutely berserk cheering on brother Harry in this clip which can't fail to bring a smile to your face.

Dan roars 'I love you, Harry!' as his champion jockey sibling bolts up on 11-1 West Cork. 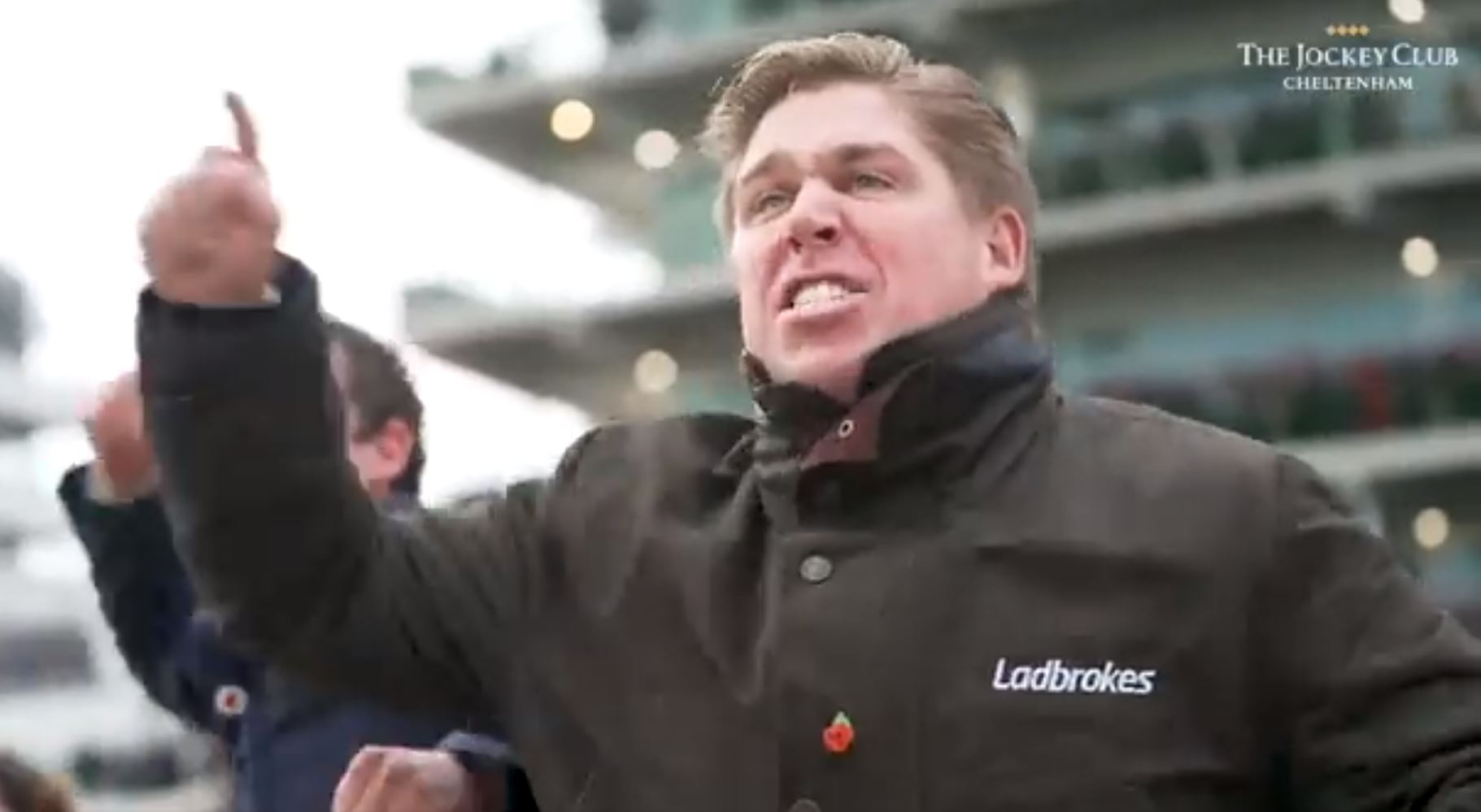 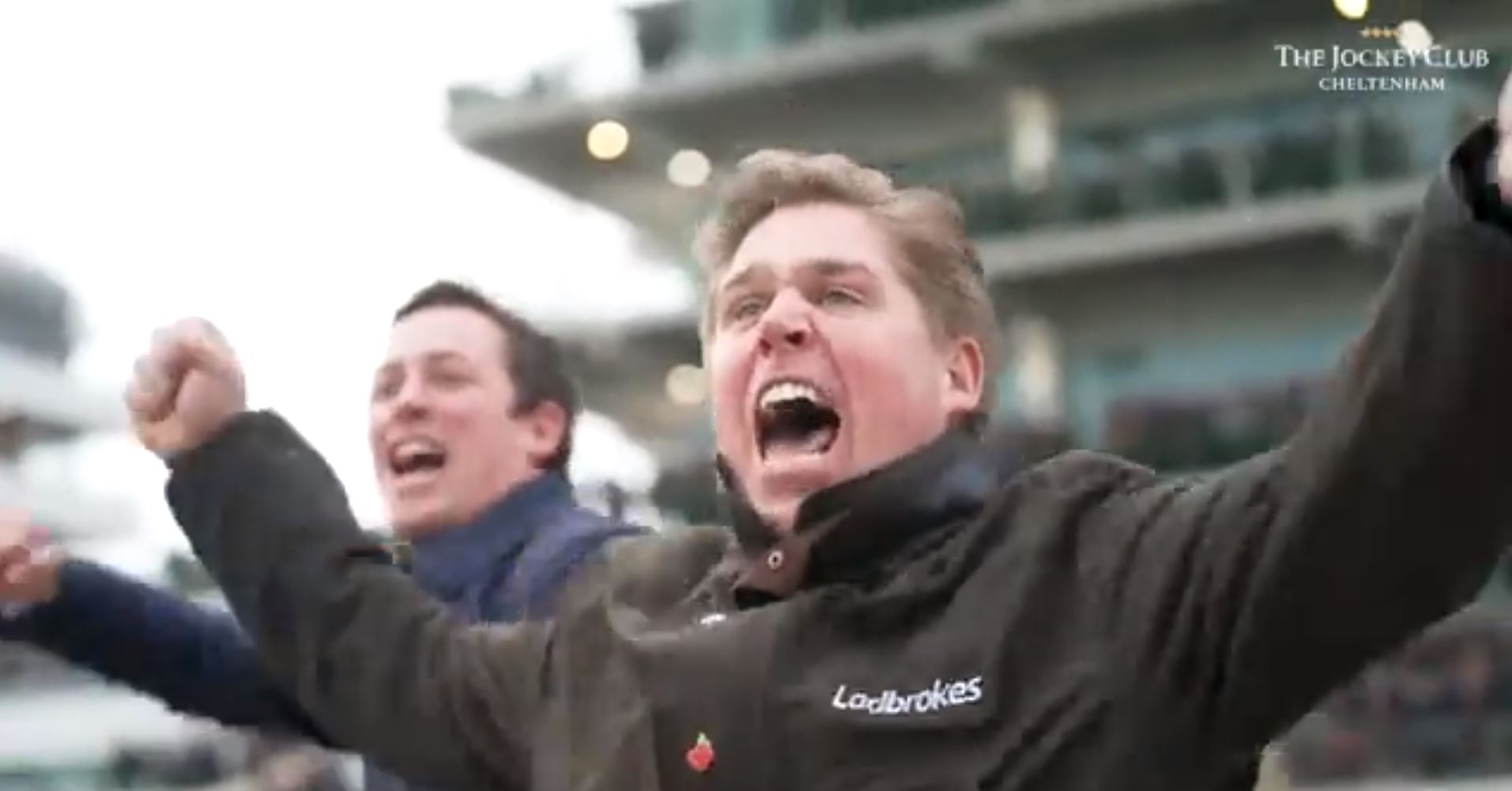 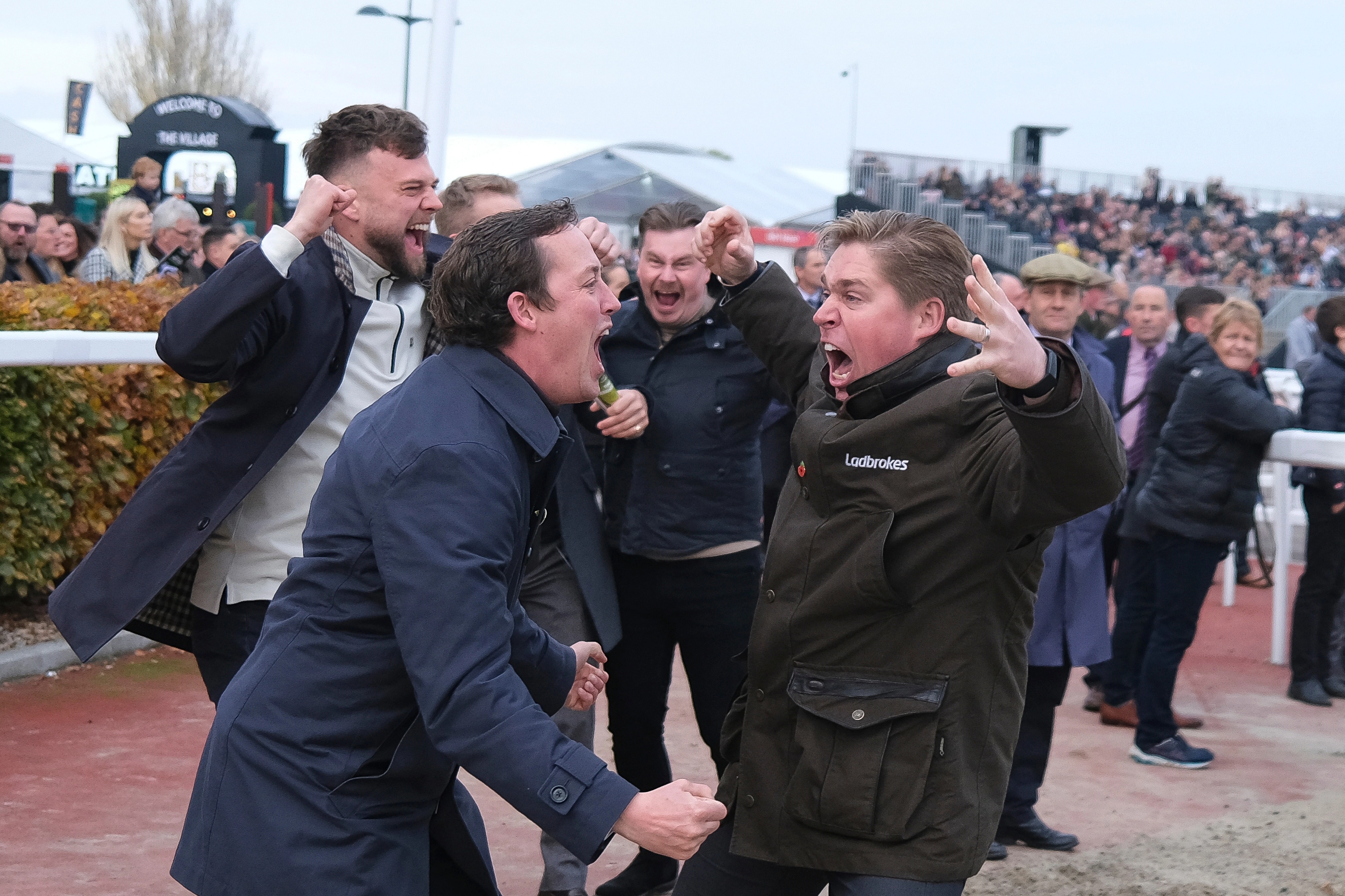 On his first run since February 2020, West Cork only got into the Cheltenham race because the trainer could not find another runner.

SunSport columnist Harry's recommendation to run the outsider paid dividends with the £56,270 victory on Sunday.

And incredibly it came just 35 minutes after the pair had celebrated a £42,202 winner with Nube Negra in the Shloer Chase.

But it was in the Unibet Greatwood Hurdle that cameras caught Skelton's incredible reaction.

Skelton starts mimicking his brother in the saddle, moving his arms back and forth like a jockey going full pelt.

'Go on, Harry!' he shouts before showing his own impressive turn of foot to follow the horses as they thunder past.

Skelton then belts out 'go on my son!' followed by 'I love you!' as West Cork holds on by three-quarters of a length.

Punters were absolutely loving the scenes.

One wrote next to the video on Twitter: "The passion involved in horse racing is unparalleled.

"What a great video from @CheltenhamRaces, what a reaction from @DSkeltonRacing and, most importantly, what a performance from West Cork after a huge layoff!"

Another said: "The passion from @DSkeltonRacing cheering home West Cork in a tight finish earlier @CheltenhamRaces is superb!"

Speaking afterwards and joined by wife Grace and daughter Flo, an ecstatic Dan said: "That was one of the biggest thrills I've had on a racecourse after the euphoria of Nube Negra winning.

"You're due a come down after a high like that but to stay up there for another half an hour or so is magic.

"Professionally that's about as much fun as I've had on a racecourse – it's been an amazing day."

And it put a marker out for the Skeltons being one of the top sibling forces in world sport right now.

Skelton's odds on being top trainer for the season have been slashed from 8-1 to 7-2 after his big weekend.

And defending jump champion jockey Harry will battle it out with Brian Hughes for top honours this season.

It's conceivable the pair could win both titles if their form continues through the season – and there is no repeat of their gut-wrenching recent losses.

One of those was on Shan Blue, when Harry fell when 25 lengths clear.

Dan came out swinging after that, blasting the 'ridiculous' criticism of his brother's riding.

There was more heartbreak with My Drogo, who fell in an unbelievable race against Rachael Blackmore's Gin On Lime.

Both horses hit the deck at the penultimate fence in a novice chase at Cheltenham last Friday.

But Grand National winner Blackmore pulled off a miraculous balancing act the racing world had never seen before, got her horse going again and won.

It was especially bitter for the Skeltons because My Drogo was travelling much the better of the pair when he slipped upon landing.

Still, the brothers' ability to put such heartbreaking losses behind them and rebound quickly with wins should stand them in good stead for the season ahead, where even bigger prizes await.