In footage circulating on social media, the supporter at Wembley shakes hands with every Chelsea player as they came down the steps – except one. 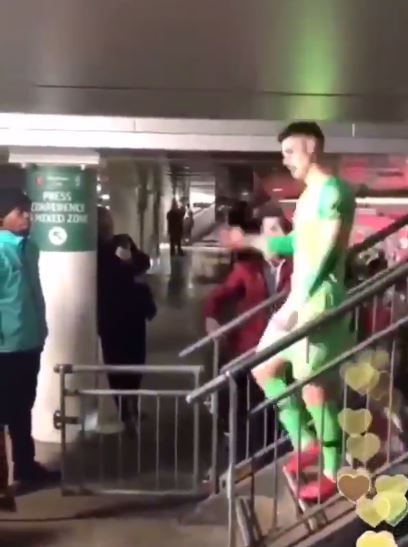 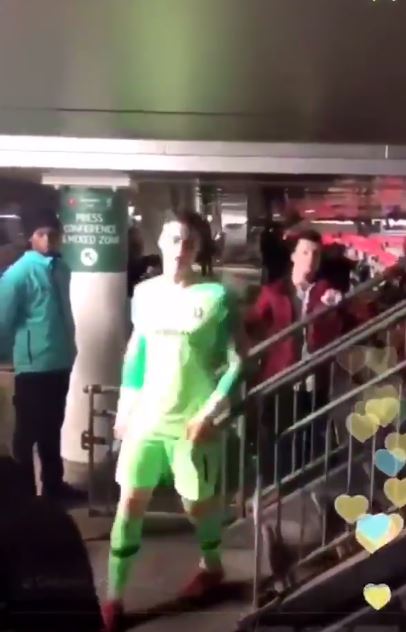 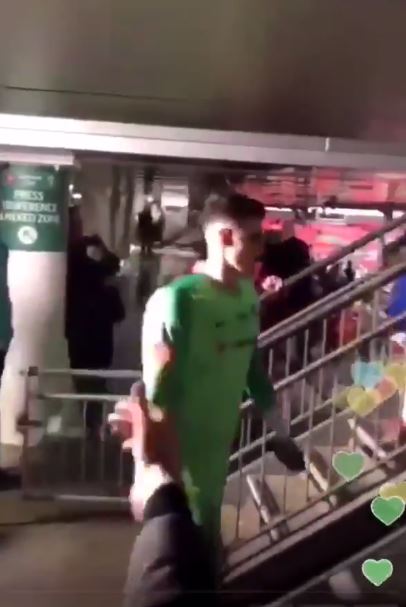 He ignores a downbeat Kepa as he trudges away with his team-mates.

But then Kepa gets the snub and runs his hand through his hair instead while he ignores the shouting from others asking him to "come here". 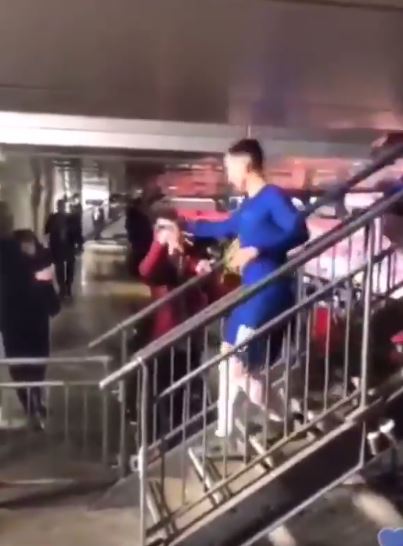 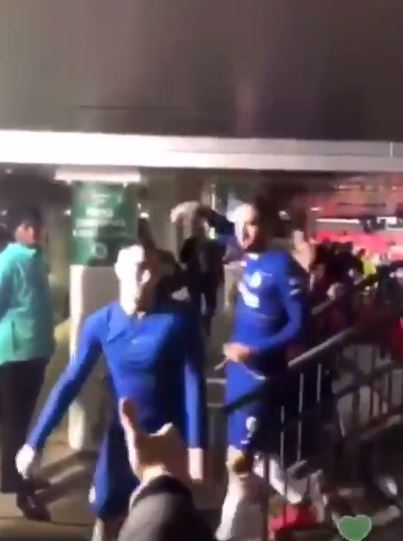 Kepa disobeyed his manager's orders by refusing to come off when Sarri tried to substitute him for Willy Caballero late in extra time.

Sarri was clearly livid on the touchline, throwing his water bottle down and then heading down the tunnel before coming back to the dugout.

Kepa stayed in goal for the shootout and managed to let Sergio Aguero's penalty squeeze past him before denying Leroy Sane.

But he had no chance of stopping Raheem Sterling's winner as Manchester City defended the cup for the first time. 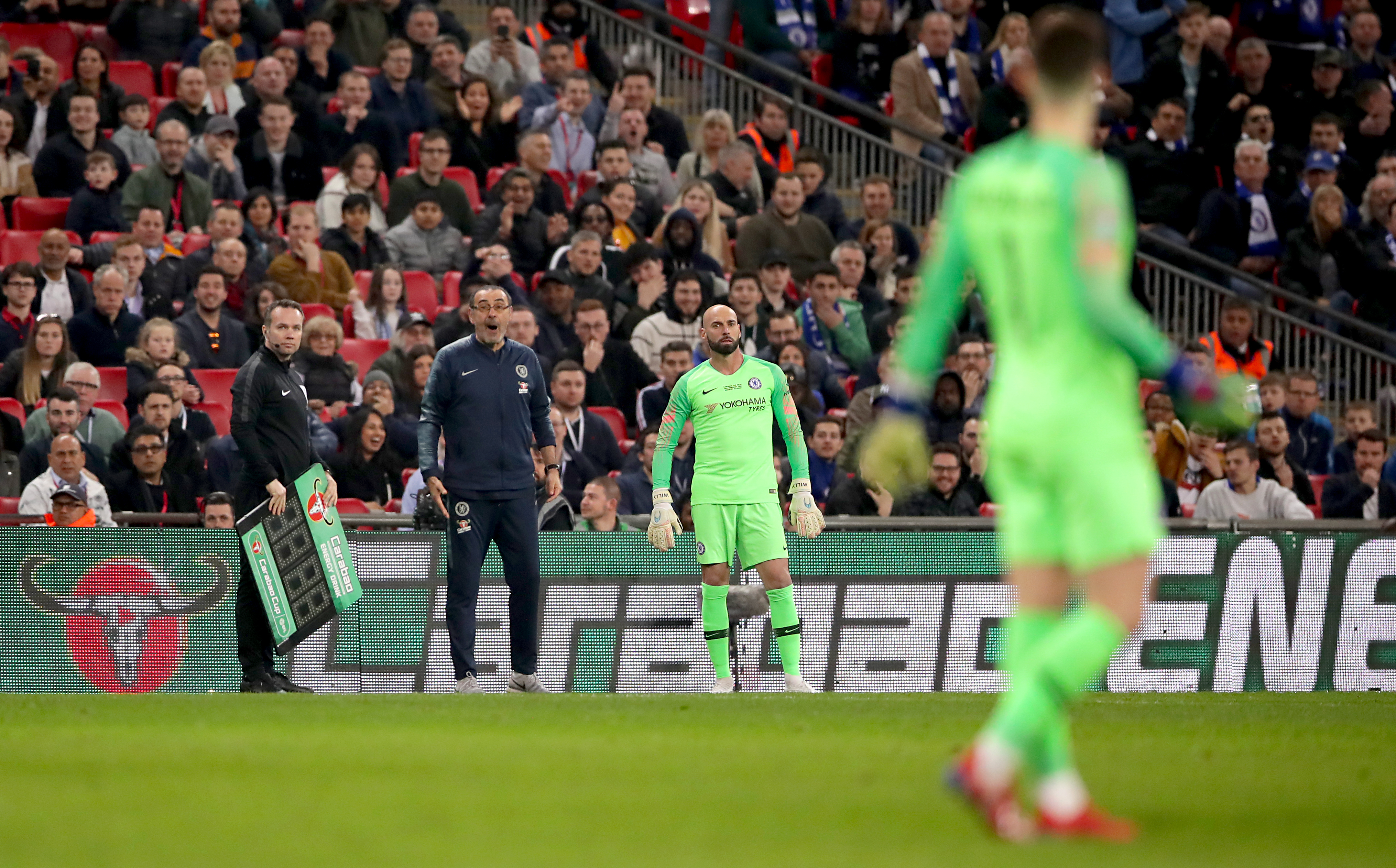 Both the goalkeeper and the Chelsea boss played down the incident afterwards, blaming a miscommunication.

Sarri claimed Kepa was RIGHT to ignore his orders, but simply went about it in the wrong way – and he plans on hauling him in for talks.

The Italian said: "I was really angry. I understood he had cramp, so I didn't want the goalkeeper to go to the penalties in that physical condition.

"I realise the situation after three or four minutes when the doctor arrived on the bench.

“I wanted Caballero on the pitch, but the goalkeeper wanted to let me know he was in condition to go to the penalties. It was only a big misunderstanding." 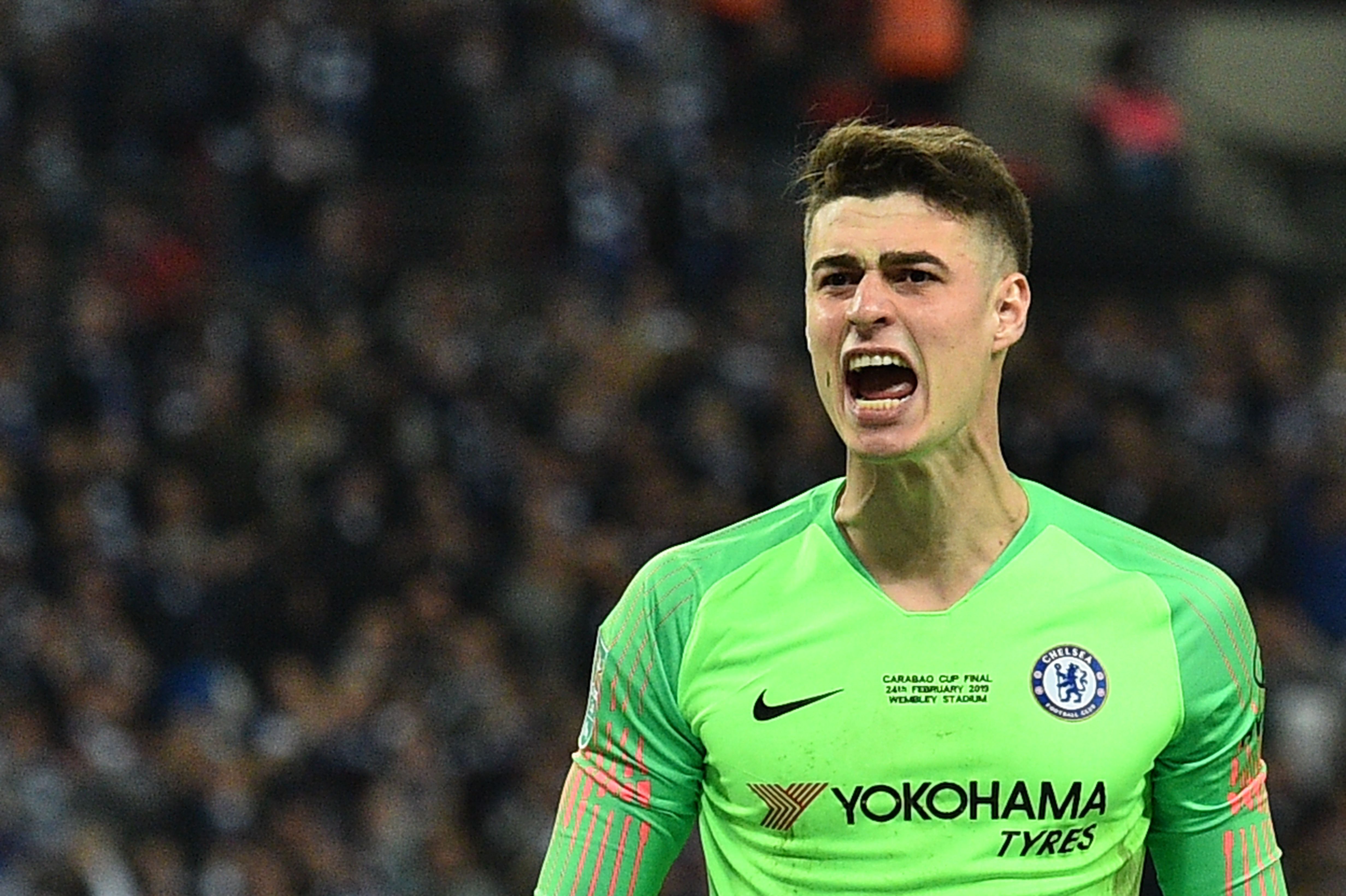 In a statement on social media, Kepa added: "I would like to clarify some facts of today's match: First of all I regret how the end of the match has been portrayed.

"At no time has it been my intention to disobey the coach or any of his decisions.

"I think everything has been a misunderstanding in the heat of the final part of a match for a title.

"The coach thought I was not in a position to play on and my intention was to express that I was in good condition to continue helping the team, while the docs that had treated me arrived at the bench to give the message.

"I feel the image that has been portrayed was not my intention. I have full respect for the coach and his authority."