THIS is the incredible moment Graeme McDowell sat down in a spectator's chair and pretended to sip a cocktail.

The 39-year-old was in the mood to celebrate after he holed out for an impressive eagle-two at the Zurich Classic of New Orleans. 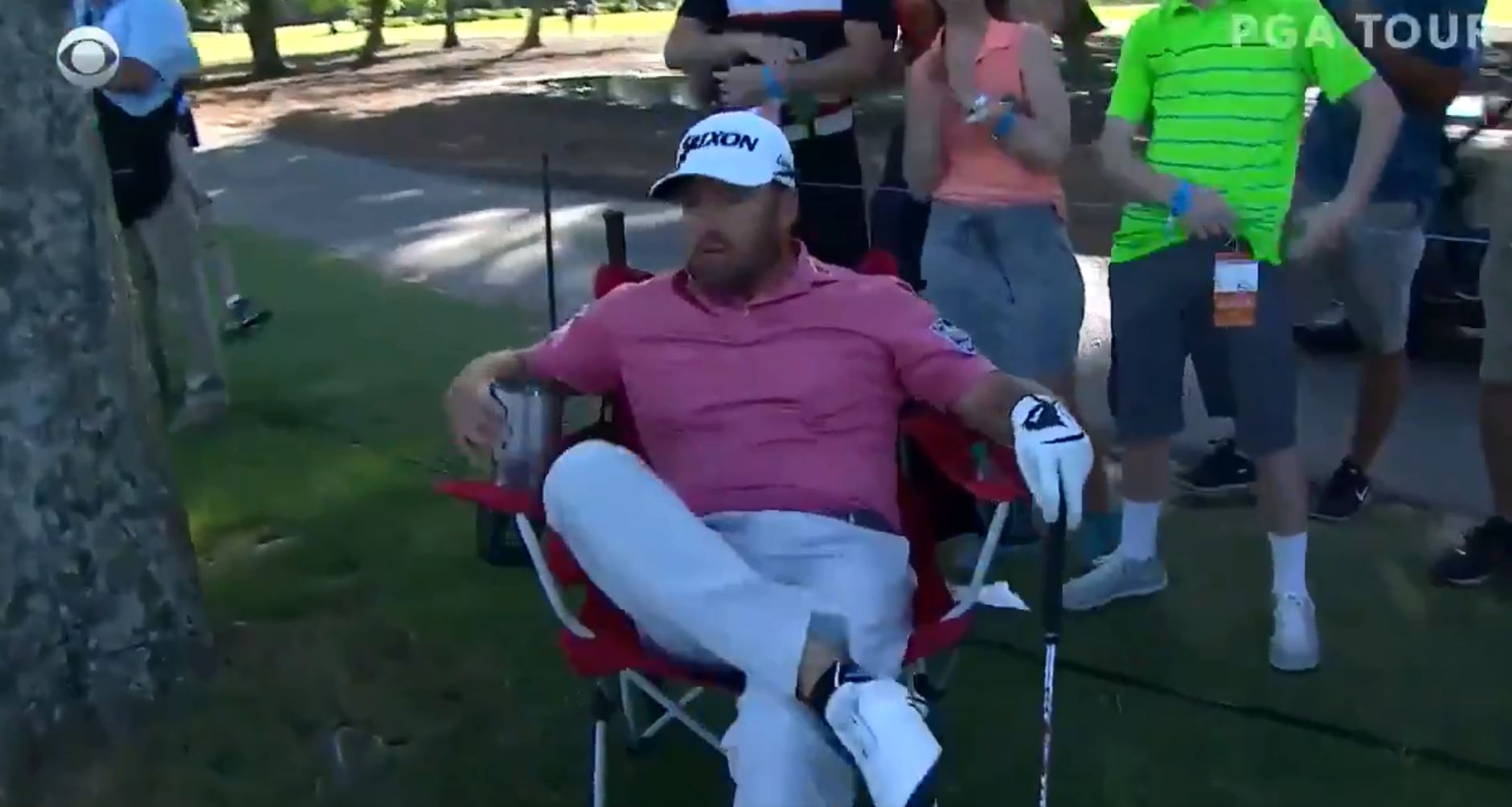 McDowell sent his fans wild when he struck the ball into the hole from 89 yards on the par four.

After his moment of magic, the former US Open champion darted towards the camping chair that was set up next to him.

He sat back proudly, crossed his legs and pretended to take a swig from the spectator's cup.

The fans behind him were hysterics, but he quickly got back onto his feet and back onto the course.

His incredible strike has put him and partner Henrik Stenson within touching distance of the lead.

But he still has one round left to play at TPC Louisiana.

After footage of his shot and celebration was posted to social media, it quickly went viral.

One fan said: "That is one of the best celebrations I've ever seen, I love this guy."

Another added: "What a comeback season GMac is having. We've missed this guy."

While one simply stated: "Absolute banter."

But one less impressed fan wrote: "That's a two stroke penalty for sitting in a fans chair."

PGA tweeted the footage with the caption: "89 yards. Holes for an eagle. Take a load off @Graeme_McDowell."

And McDowell, who has won ten events on the European tour, even retweeted the clip to his own page. 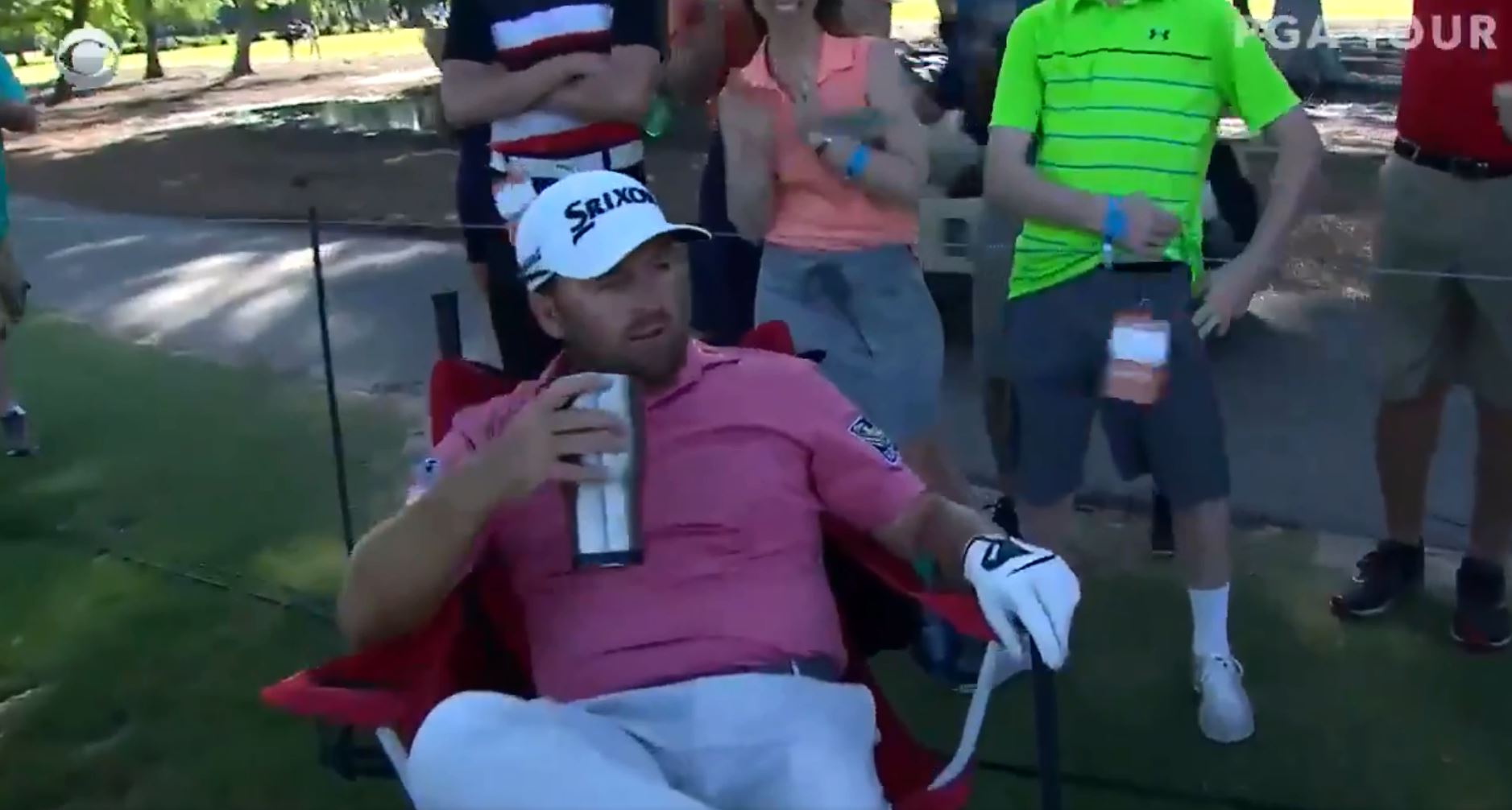