THIS is the awkward moment a lad saw his marriage 'proposal' go down in flames – only to come back smiling thanks to the clip's hilarious ending.

The racing at Fairyhouse in Ireland over the weekend was top class and saw the return of superstar hurdler Honeysuckle among the big names to triumph. 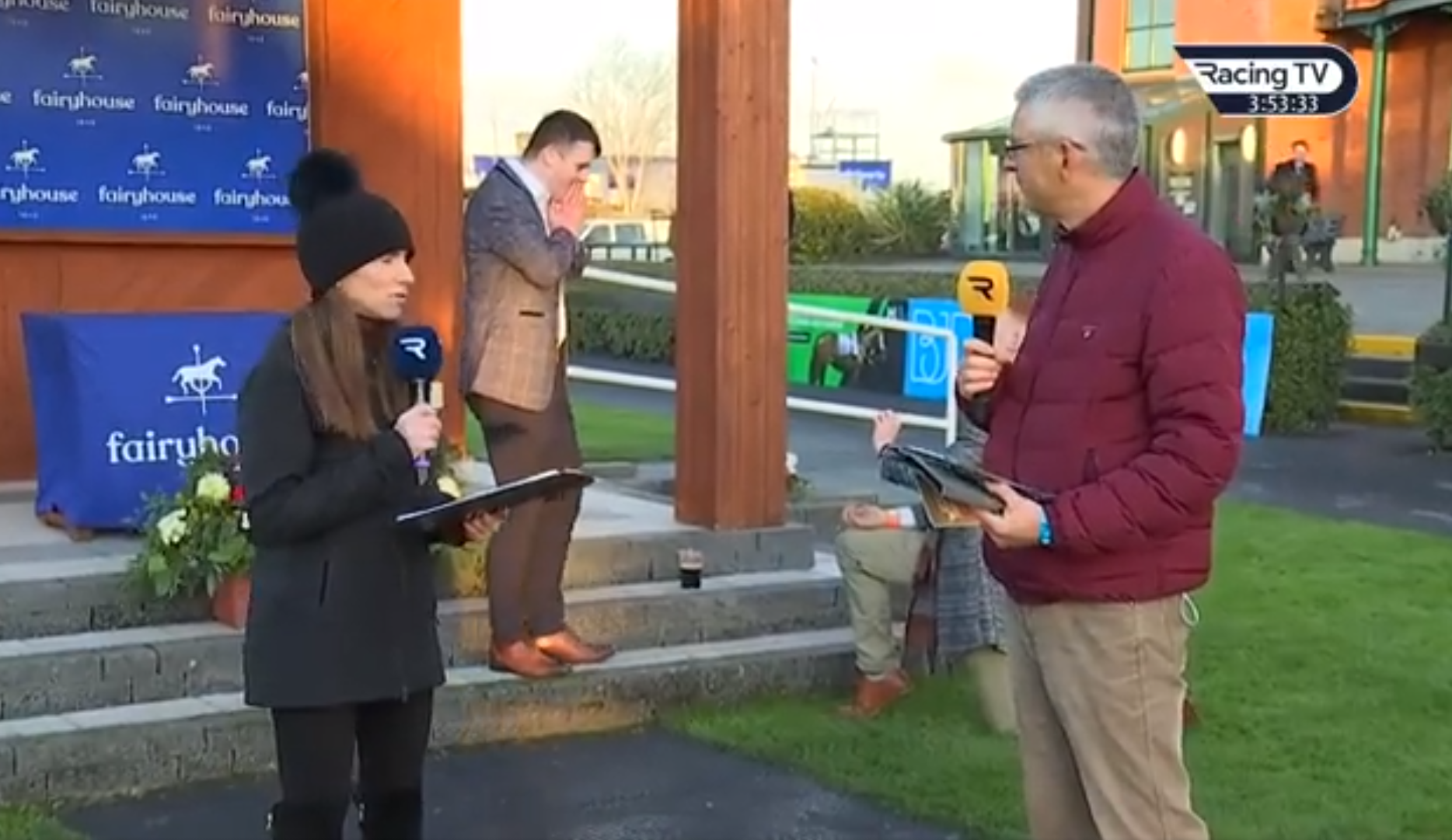 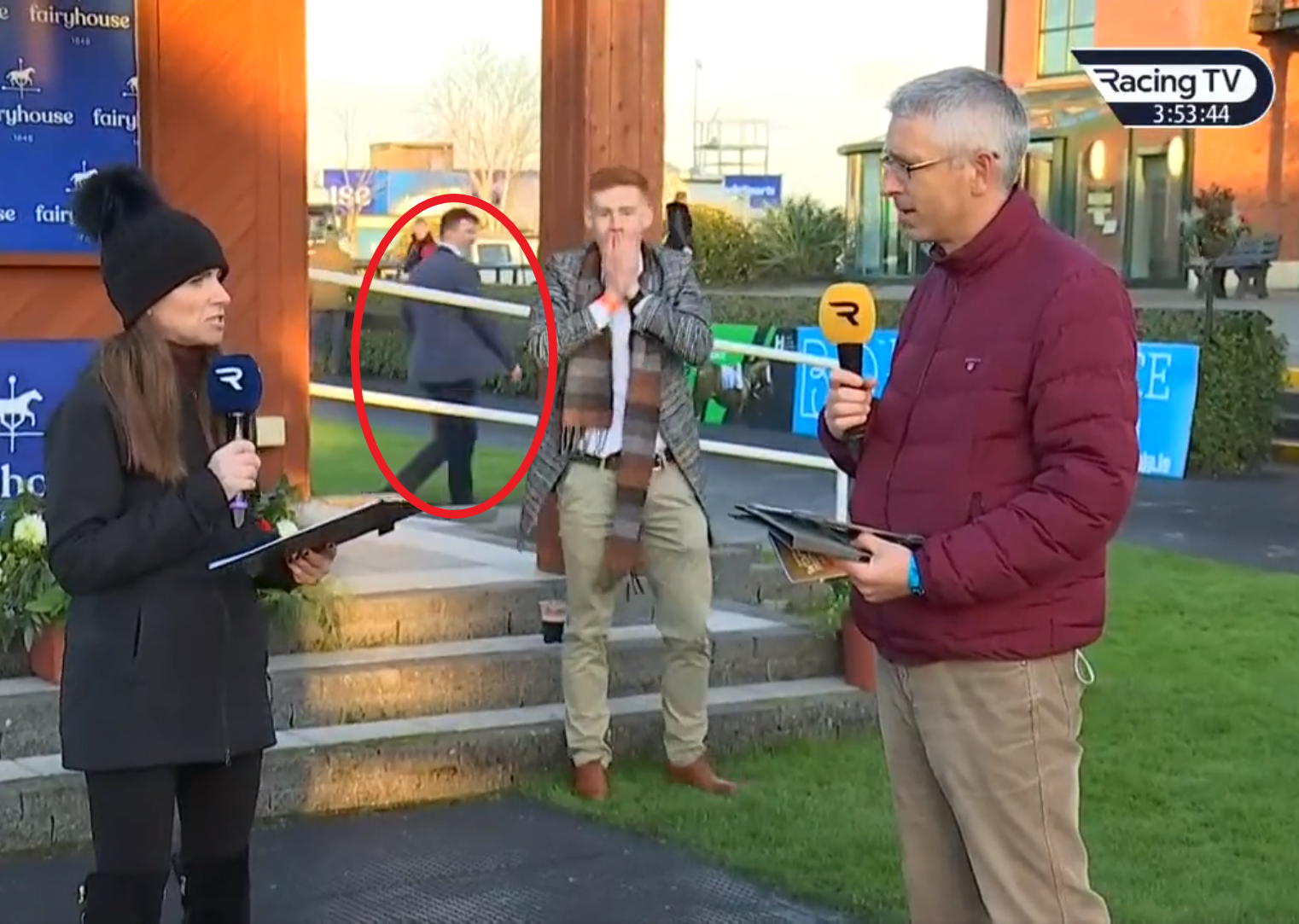 But arguably the biggest winners at the track were the lads behind this clip, which had punters in stitches.

The action starts with Racing TV presenters Gary O'Brien and Lisa O'Neill discussing the results as, behind them, one bloke gets down on one knee and appears to 'pop the question' to the man he's with.

It goes horribly wrong as the lad rejects the proposal and storms off, leaving the other bloke to stand there heartbroken.

Fortunately the whole thing is obviously a set up – although it must be said the acting is quite convincing.

The man whose 'proposal' was refused stands there gobsmacked… until all his mates reappear.

O'Brien then jokingly makes reference to the 'marriage' taking place behind him as the group of lads jump up and down celebrating.

The clip was retweeted by top racing pundit Kevin Blake who wrote: "Dramatic and indeed sad scenes at Fairyhouse.

"It was always going to be a big gamble to pop the question on a public stage like that, but in fairness to the lad, he bounced back quickly!"

Punters were absolutely loving the scenes, with a few chiming in with some cutting comments of their own.

One said in reply to the video: "Being married 13 years, I'll tell you that lad's had a very lucky escape."

And in reference to this 'complete farce' of a race in the country earlier in the week, another Twitter user joked: "The biggest fix at an Irish racecourse since the 12:30 at Punchestown on Tuesday."

While another said: "Look on the bright side – the Guinness looks decent!"

And another post read: "And BAFTA for best racing interview crashers goes to… the lads." 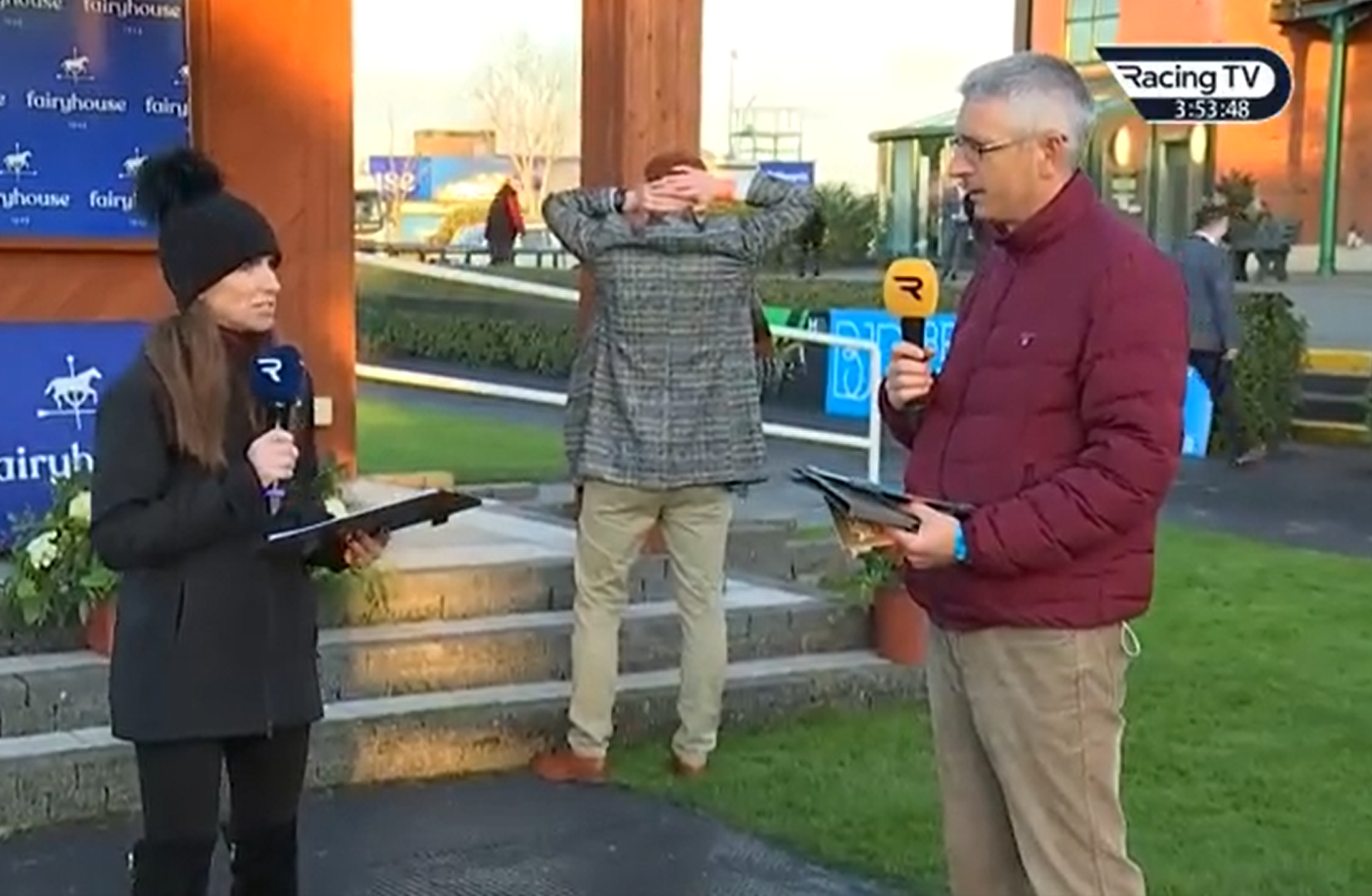 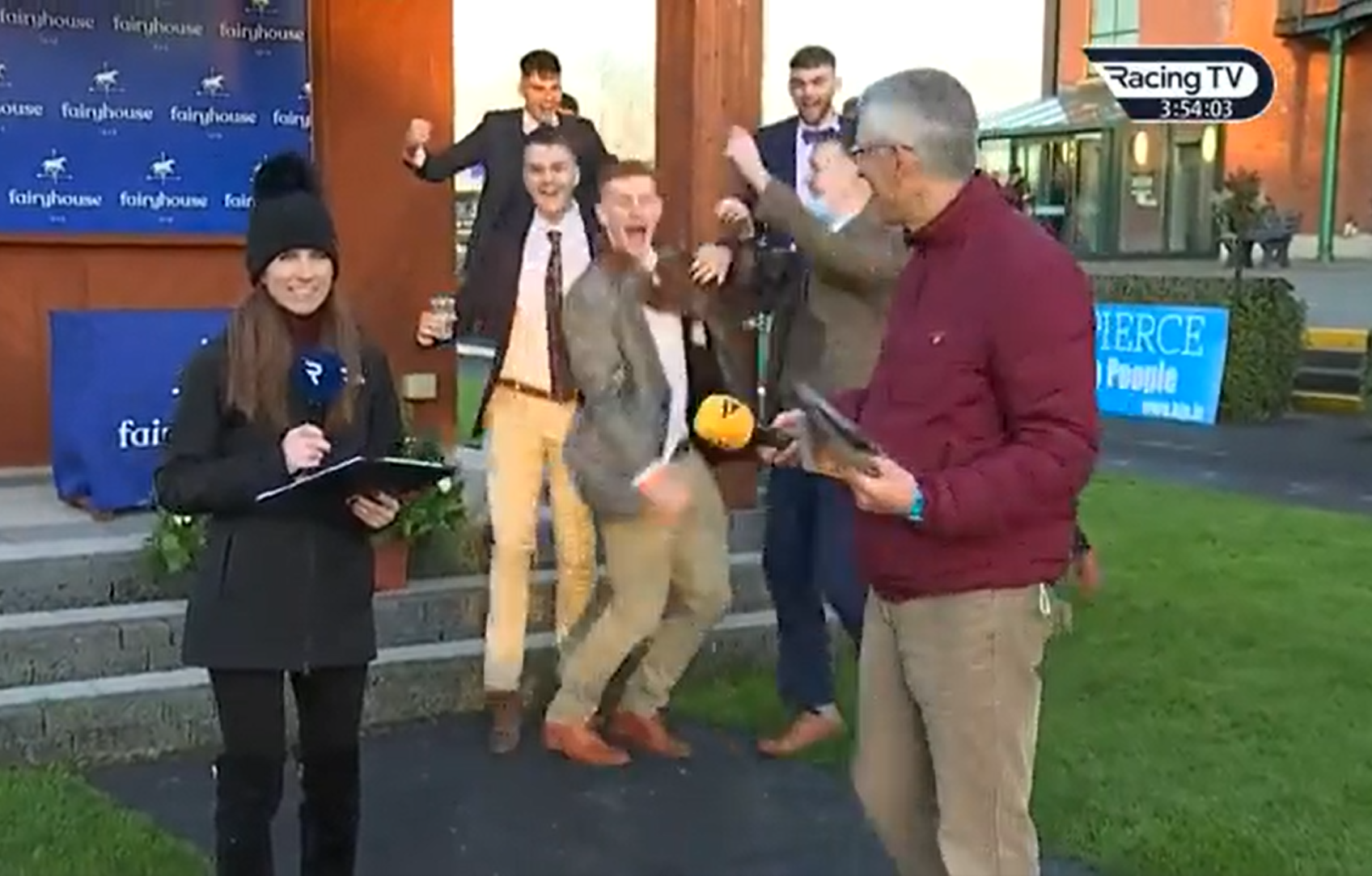 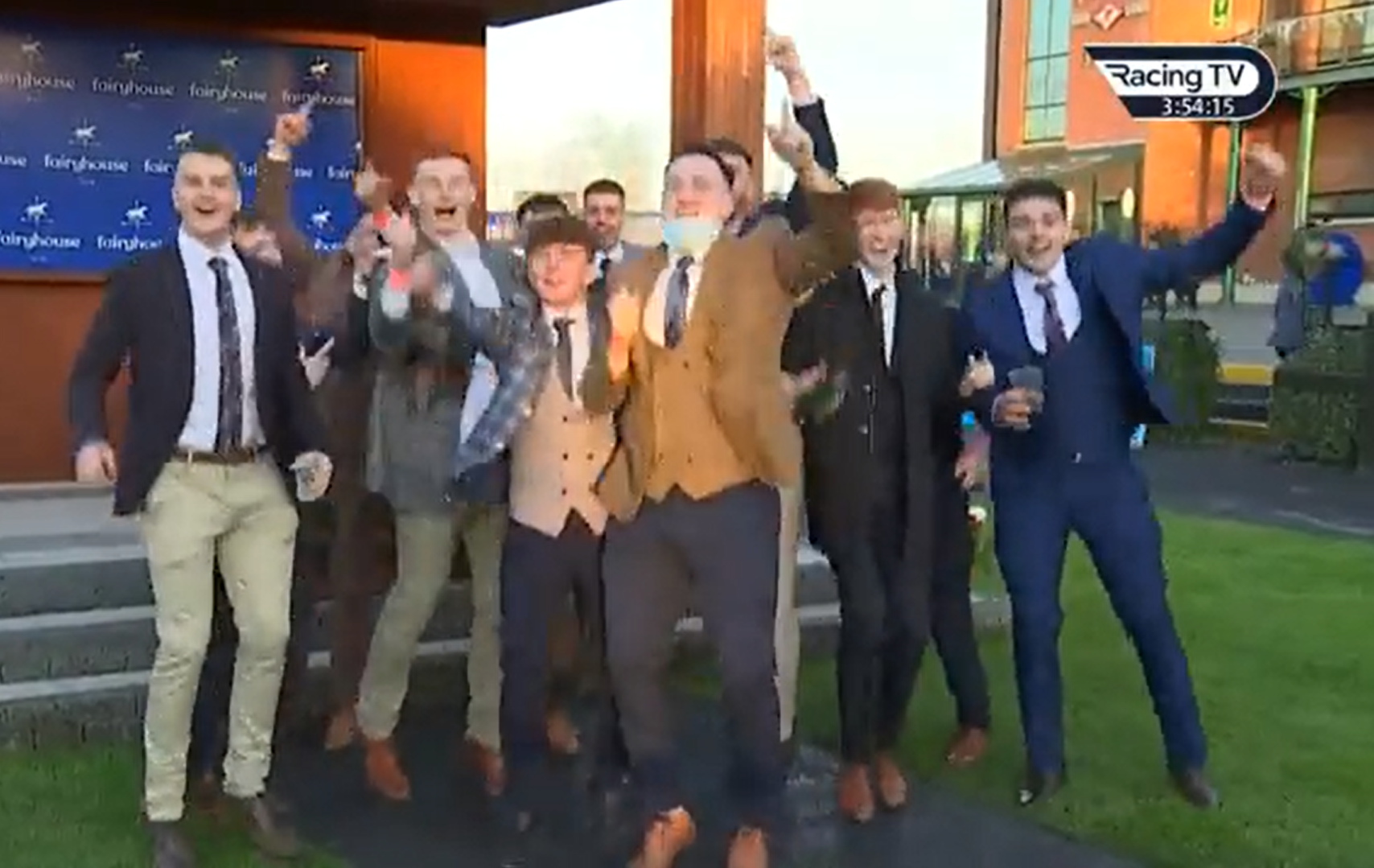