JORGE MASVIDAL and Colby Covington took part in one last fiery face-off ahead of their eagerly-anticipated grudge match.

The former room-mates and 'best friends' will clash tomorrow night in the main event of UFC 272 in Las Vegas.

And the former two-time undisputed welterweight title challengers took part in a tense final face-off at the ceremonial weigh-ins in front of a packed crowd at the T-Mobile Arena.

Security and police were on hand to ensure the pair didn't prematurely exchange blows.

But they weren't needed as the biter rivals managed to contain themselves.

Masvidal brought long-time coach Paulino Hernandez – who he claims Covington stiffed of $12,500 – on stage for second trip to the scales.

A riled up Covington roared: "Tonight is Street Judas' Last Supper. Tomorrow, I'm sending him to the electric chair. 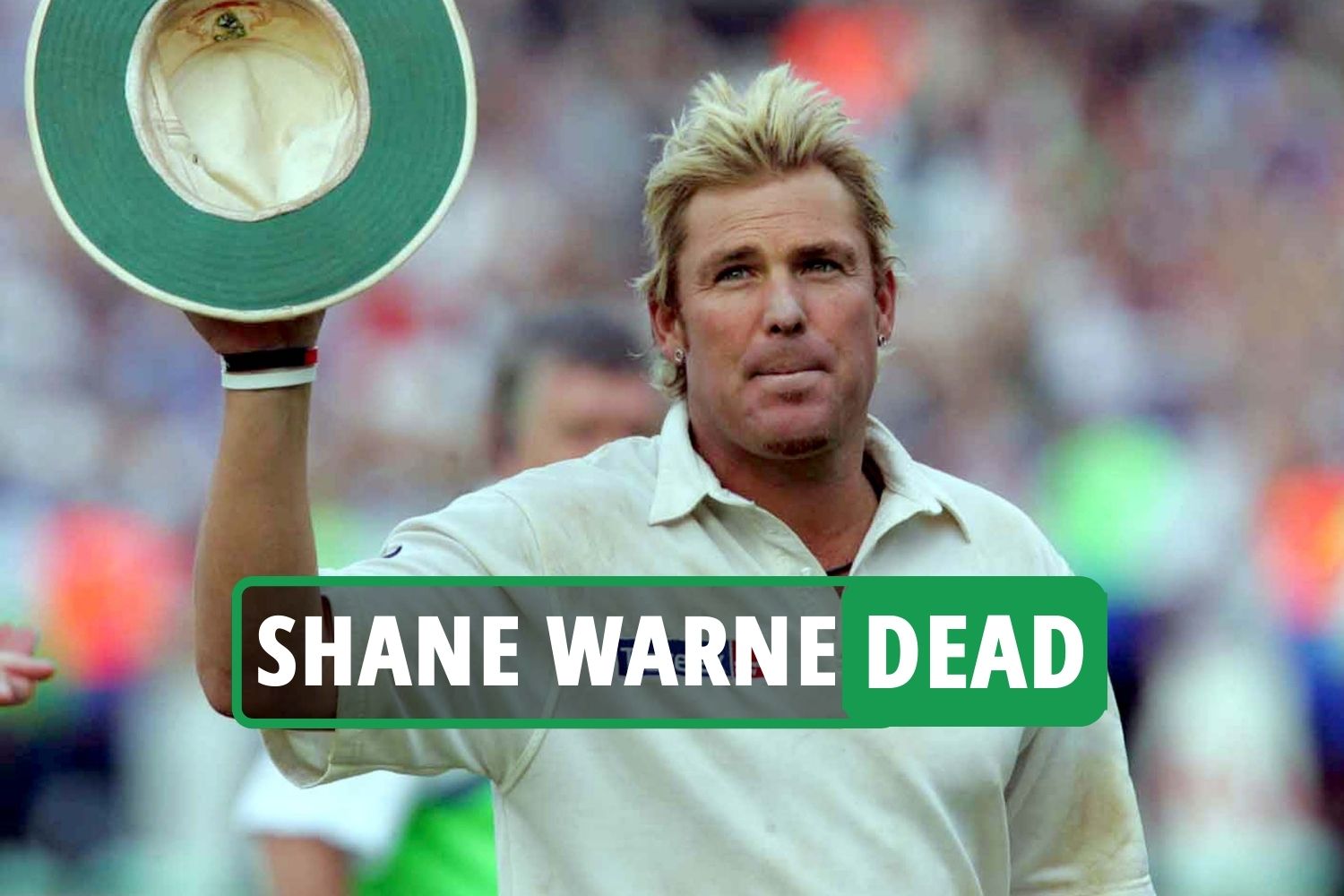 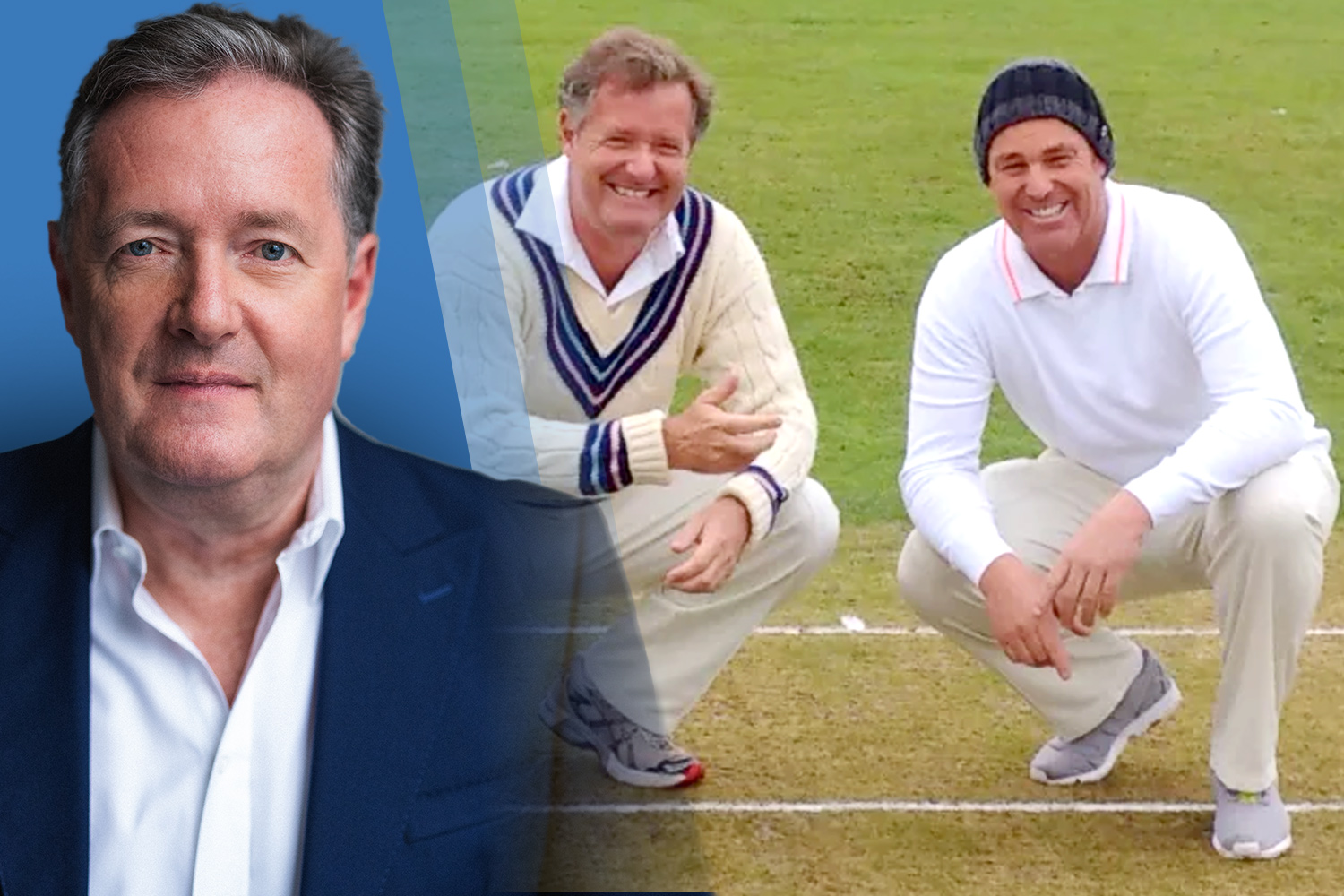 Unique, ferocious, mischievous…My pal Warnie wasn’t made like the rest of us 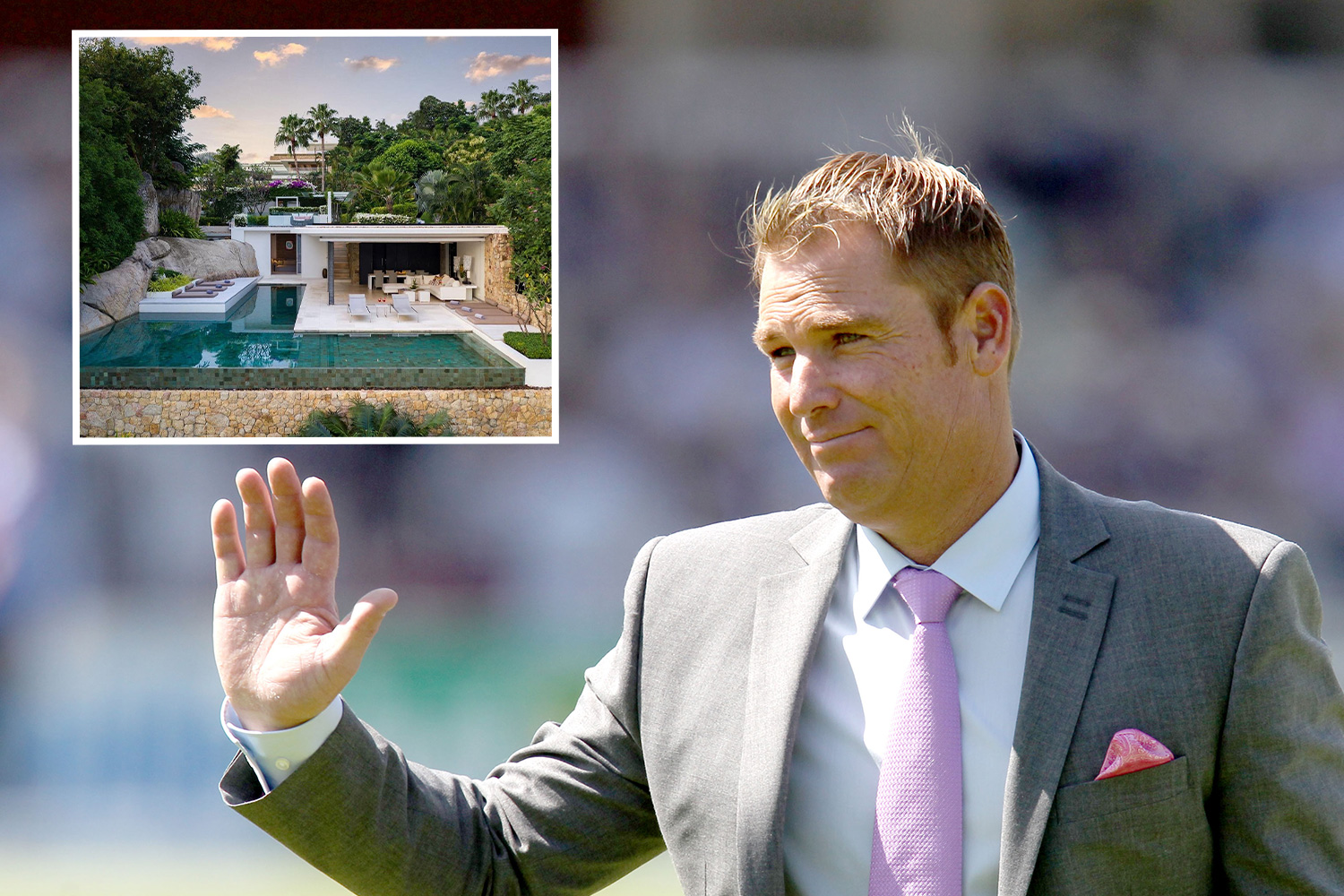 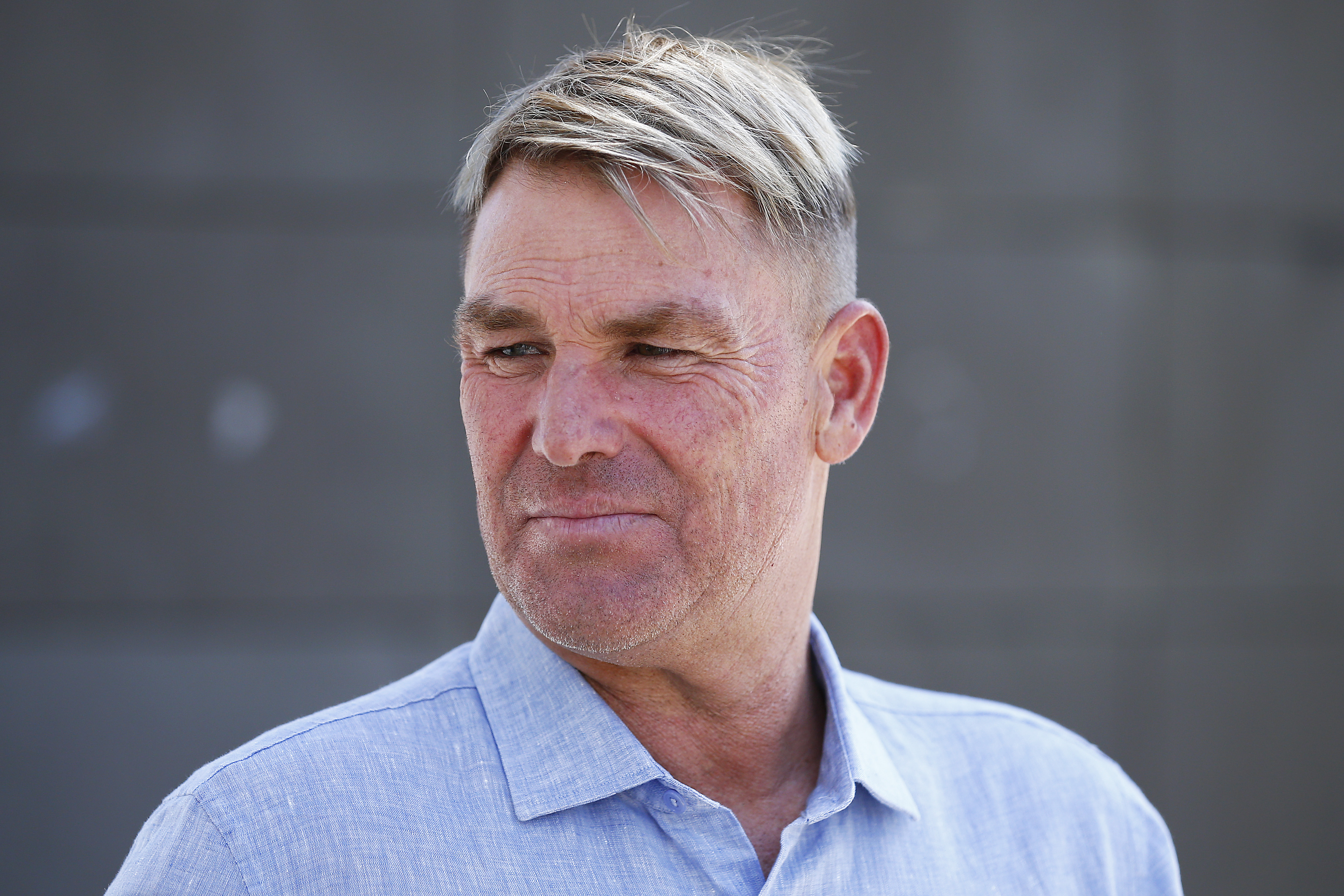 "I'm gonna flip the switch and fry his bumb a** and electrify T-Mobile Arena like it's never been electrified before."

Covington and Masvidal, 34 and 37 respectively, were best pals until the summer of 2018.

The pair have been embroiled in a self-confessed 'blood feud' ever since.

And fan favourite Masvidal doesn't plan on forgiving his old pal for his controversial and over-the-top comments. 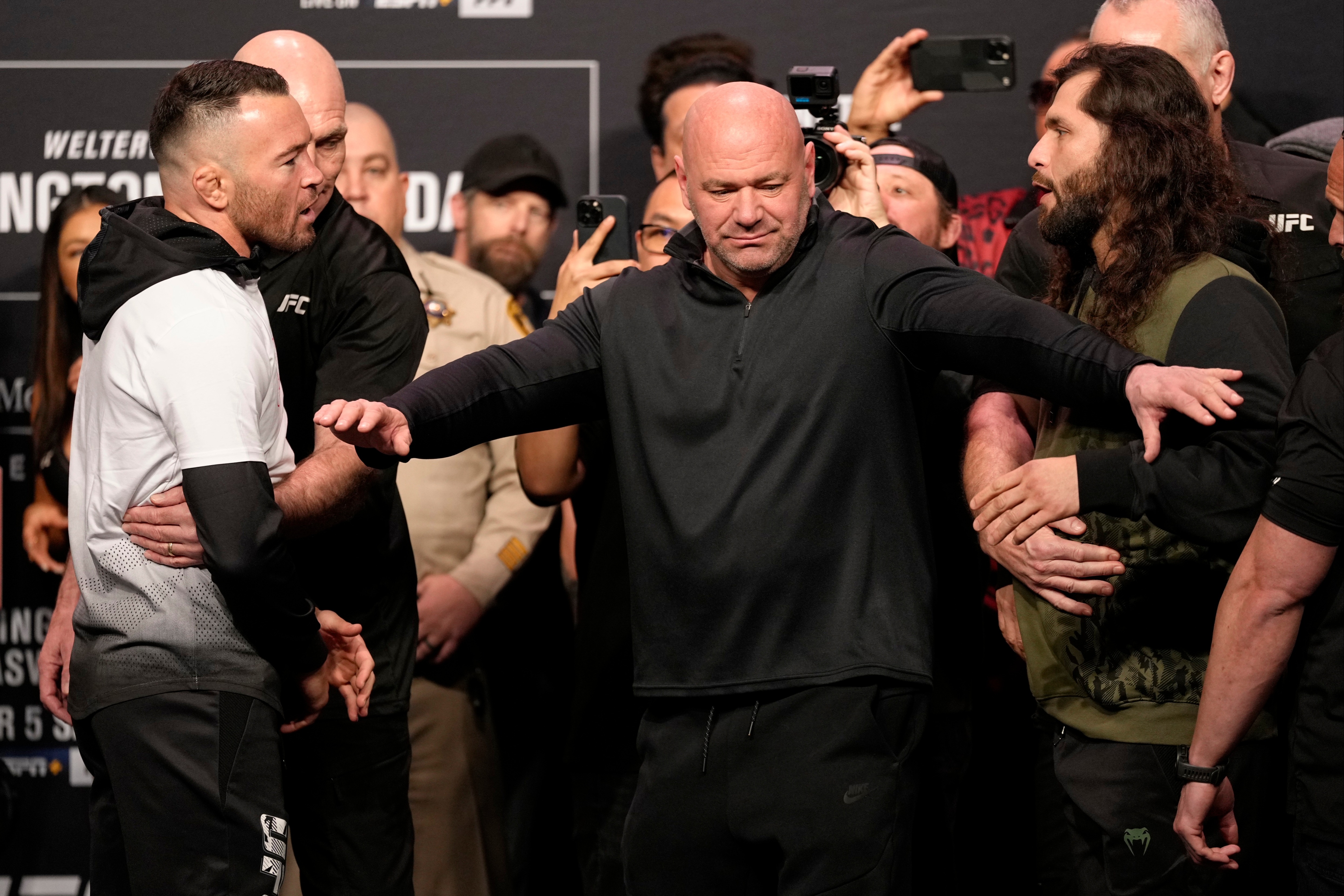 "If Ben Askren were in a place and he said something to me then s**t, we can even fight or not.

"But with Colby, it always – for as long as we live – be a problem.

"Just because he talked about my religion and he mentioned my kids. 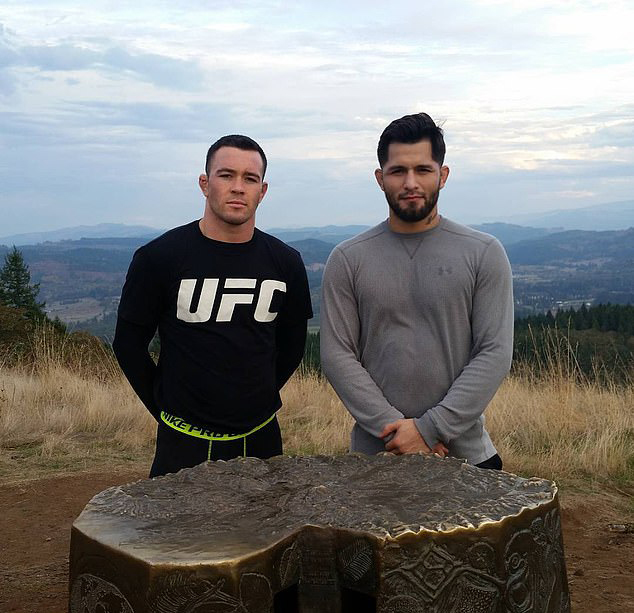 When asked if he'd be open to squashing their feud he told SunSport said: "Absolutely not.

"Who wants to bury the hatchet with a criminal, with a thief, with a dirtbag scumbag?

"More of his family likes me than they like him. So I'm not burying it with this dirtbag criminal."