YANNICK BOLASIE slammed his opponent's "Hollywood" dive after he was bizarrely sent off.

The on-loan Everton star was given his marching orders in the first half of Sporting Lisbon's 4-2 win over Portimonense. 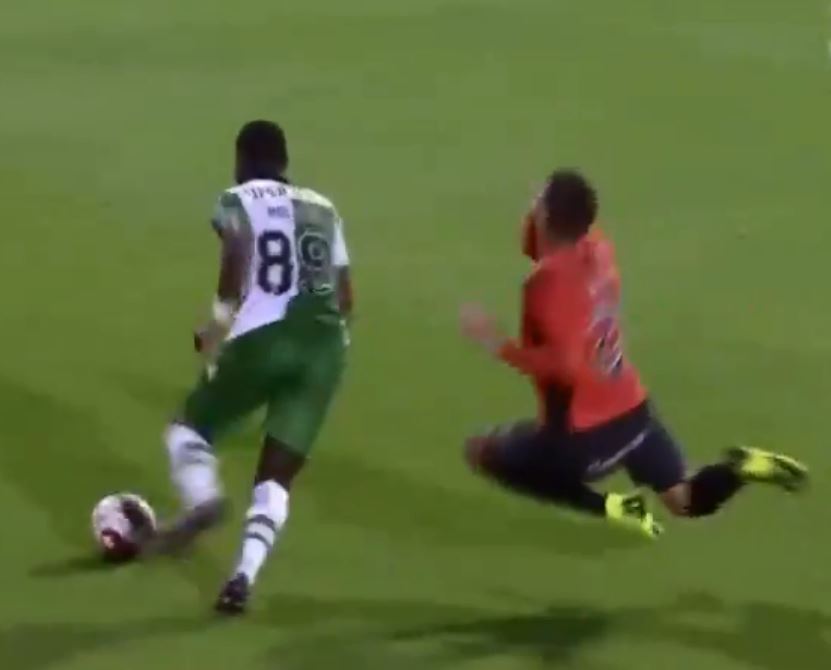 After Bolasie received the ball, he skilfully weaved past the defender and charged towards the penalty area.

But Rocha clutched his face then threw himself to the ground despite appearing to make no contact with Bolasie.

The defender collapsed in a heap on the floor as the 40-cap DR Congo international protested the foul.

And the referee stuck by his decision to send Bolasie for an early shower during the Taca da Liga group stage clash.

After the match, the 30-year-old decided to vent his frustration on social media by posting a clip of the incident.

Alongside the video, he wrote: "So I got sent off this today SMH [Shaking my head].

"Sign him up for Hollywood… I'm just happy the team got the WIN.

"Great spirit and fight from the boys… into the semi-finals."

One fan replied: "That is the most ridiculous red card I've ever seen. You turned him inside out so he fell over."

Another added: "Pathetic that mate. The guy who went down should be thoroughly ashamed of himself. Joke of a decision. Hope it gets rescinded."

It was Bolasie's first red card since November 2013 when he was sent off during a Premier League clash against Hull.

The bizarre incident comes after Cristiano Ronaldo was left stunned when he witnessed a shocking dive during Juventus' 1-0 win over Torino.