The Roma striker gave away a penalty, scored a goal, and risked being sent off – all within the space of 90 minutes. 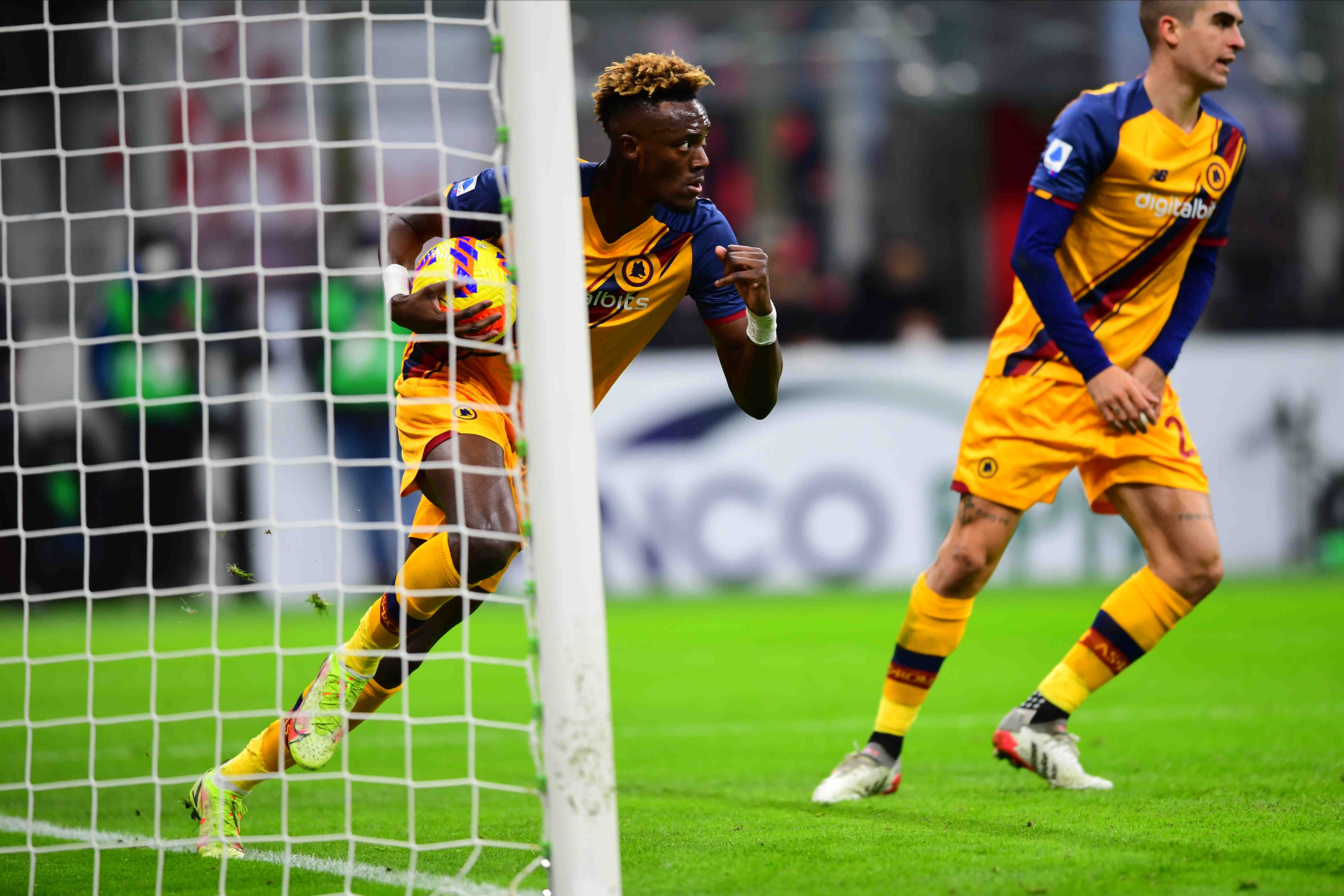 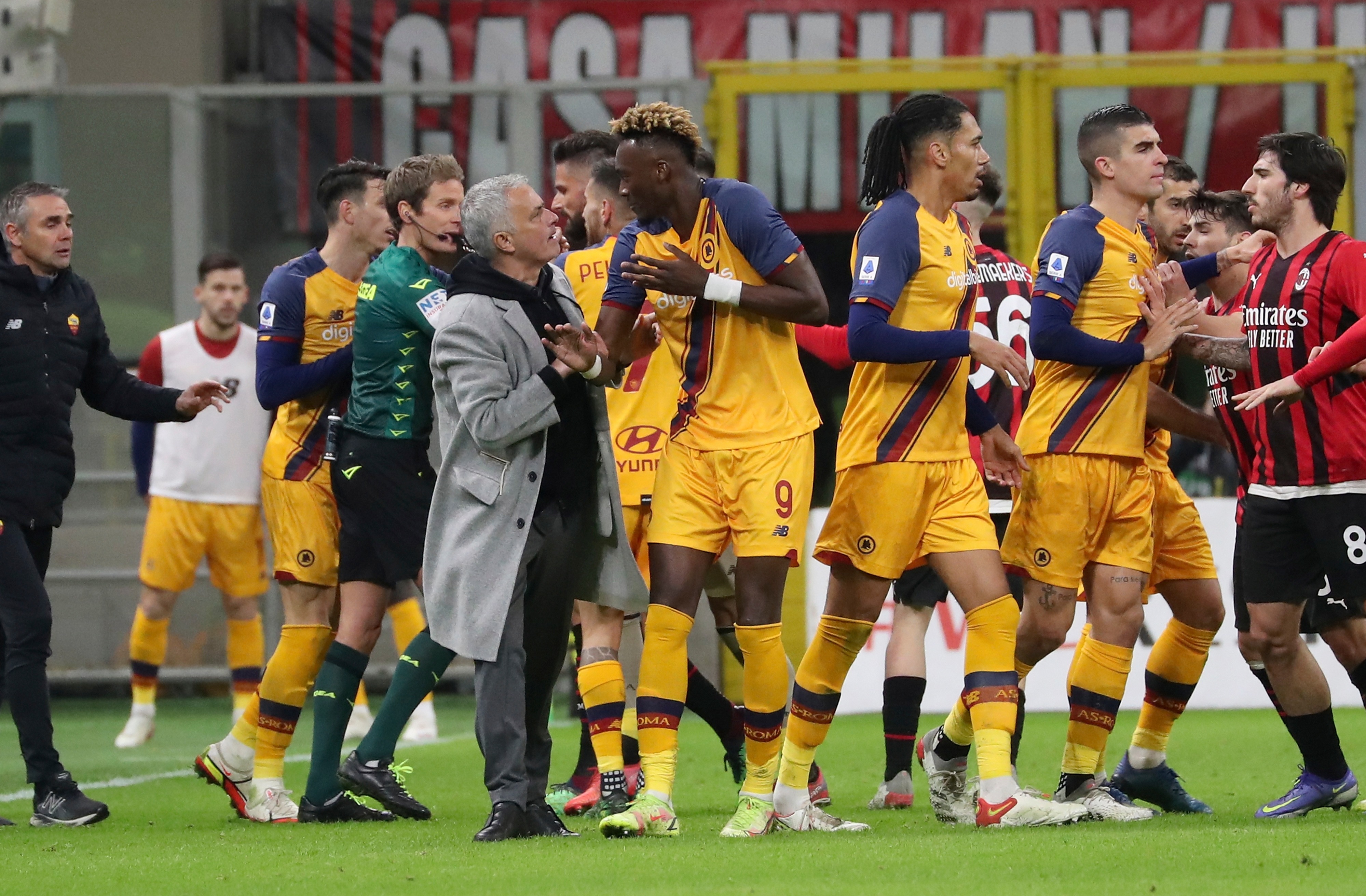 The crunch clash got off to a nightmare start for Abraham, 24, after VAR judged the ex-Chelsea man to have handled the ball inside the area within the first six minutes.

And it was Abraham's old Chelsea team-mate, Olivier Giroud, who converted from the spot to put AC Milan ahead after Abraham was booked.

Junior Messias doubled the advantage nine minutes later, leaving it all to do for Abraham and boss Jose Mourinho.

The £34million summer signing did give Roma a glimmer of hope when he found the back of the net just before the break.

The goal was his 13th in all competitions in what has been an impressive debut season in Serie A.

Newcastle United are hiring dogsbody to do chores for millionaire stars

And Mourinho made sure Abraham didn't pick up an unnecessary second yellow card which would have seen his main goal threat suspended.

The ex-Manchester United boss rushed onto the pitch and hauled the striker away after a scuffle broke out between the two sets of players.

He was seen barking at Abraham after his star man got caught up in a confrontation that risked him being given his marching orders.

Mourinho though could do nothing about Rick Karsdorp from being given his marching orders, which effectively killed the game.

Rafael Leao made it 3-1 with just under ten minutes to play, clinically finishing off a sweeping counter attack.

Roma then went down to nine men in the closing stages, as Gianluca Mancini hauled down Leao in the box to hand the home side another penalty.

This time Zlatan Ibrahimovic stepped up, but he was denied from 12 yards by ex-Wolves goalkeeper Rui Patricio.

That turned out to be almost the last kick of the game as Abraham's eventful evening finally drew to a close, with zero points to show for it. 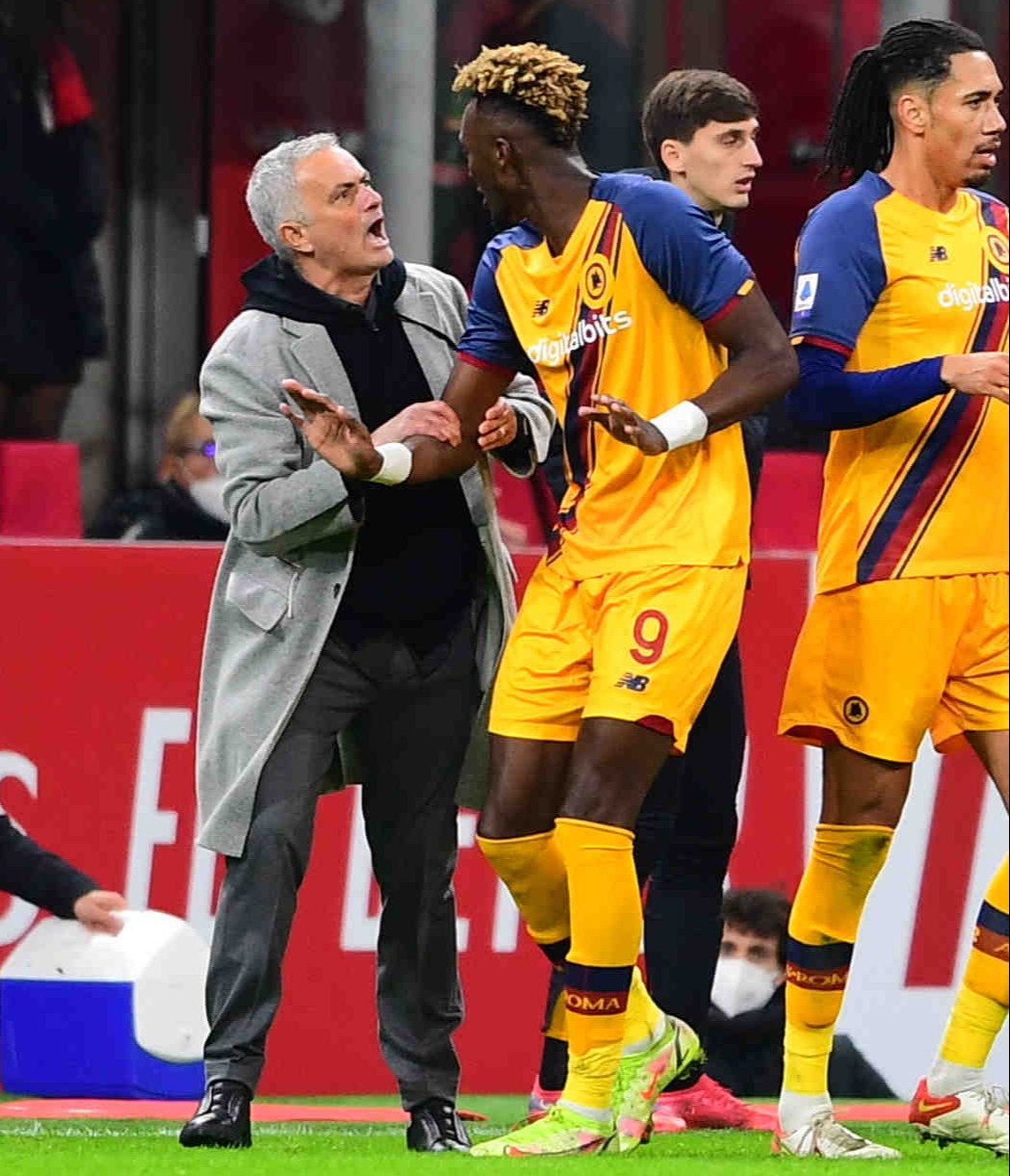