MANCHESTER UNITED crashed out the Champions League with a defeat at RB Leipzig on Tuesday night.

The Red Devils lost 3-2 but were denied a dramatic injury time equaliser – which would have put them through – by a wonder save from Leipzig keeper Peter Gulacsi. 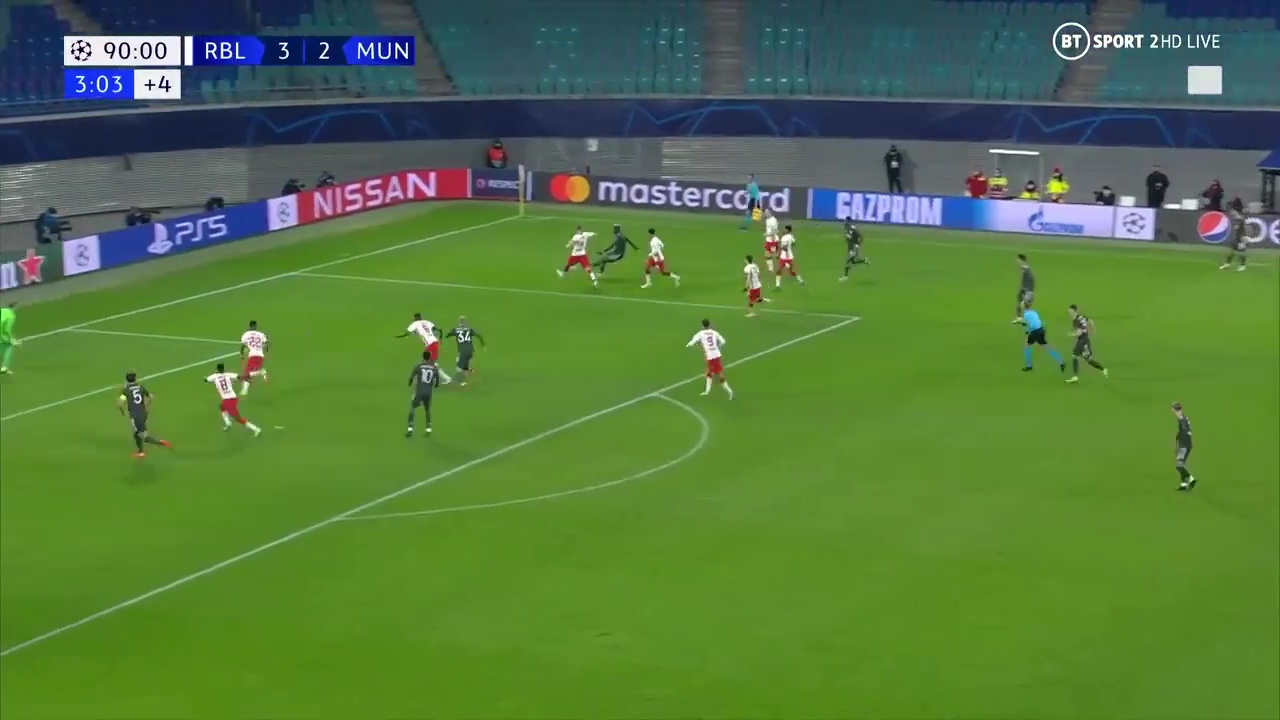 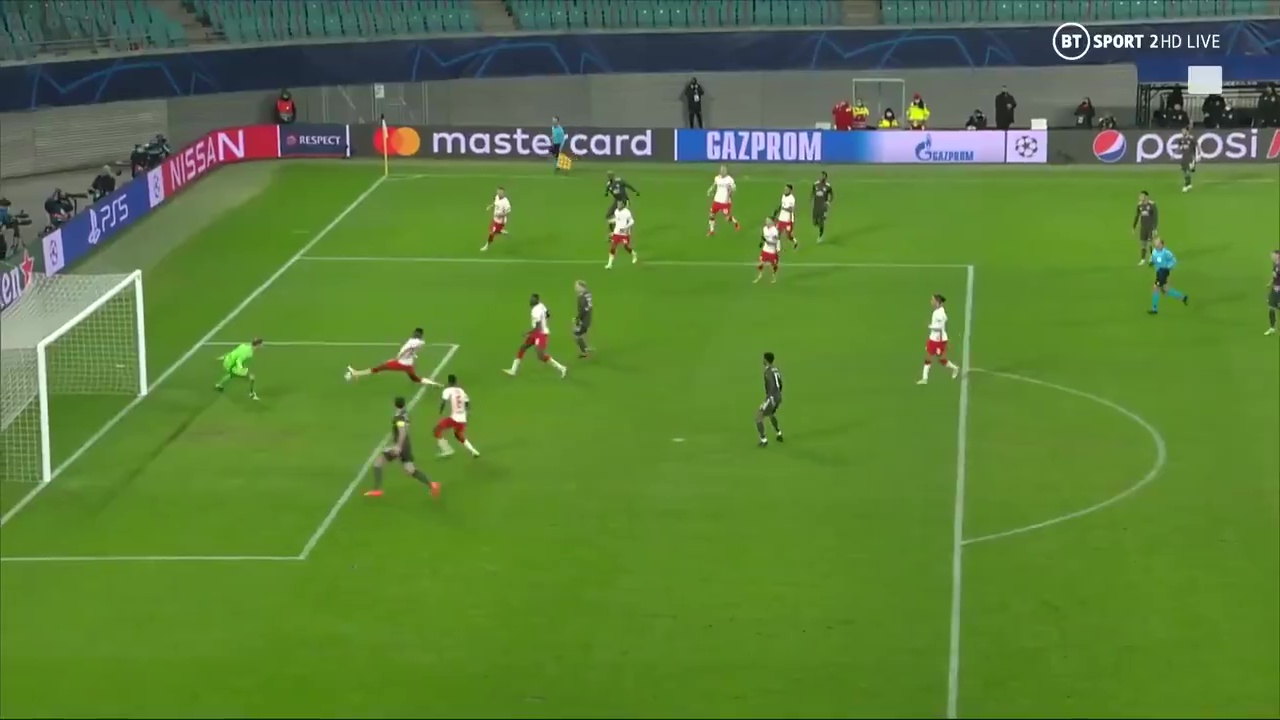 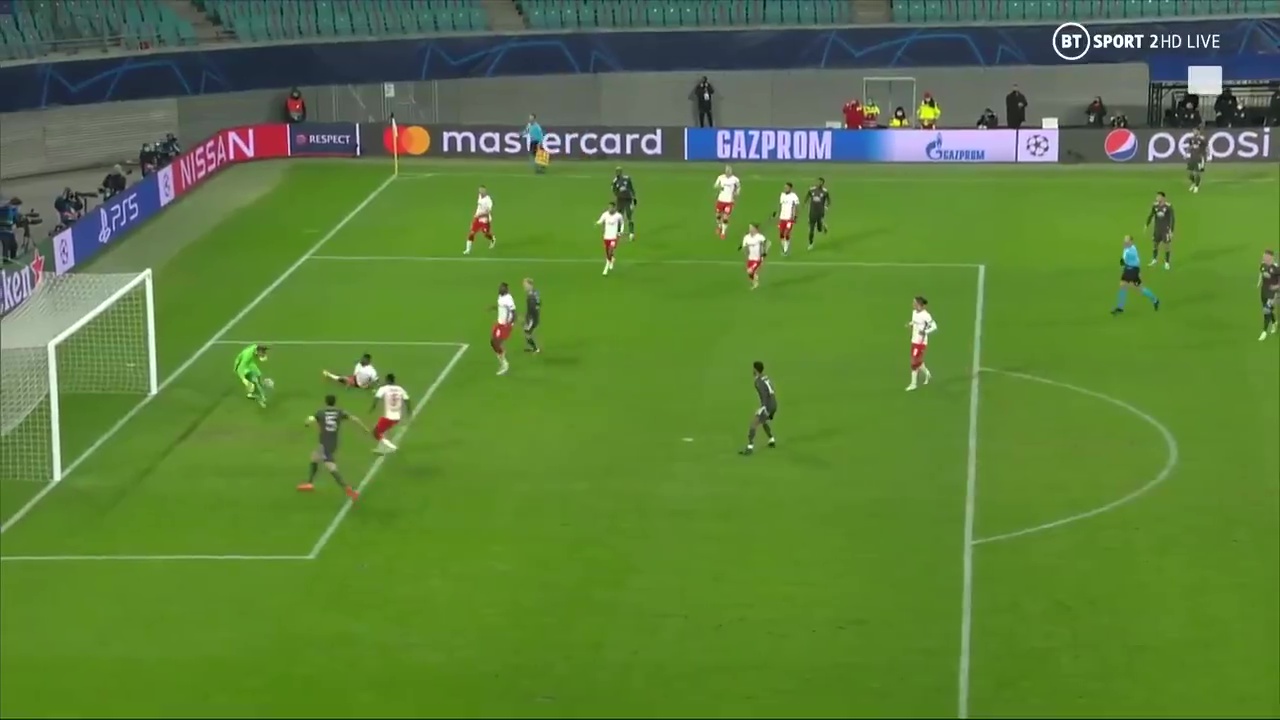 United only needed a draw from their final Group H clash to qualify for the knockout stage.

But they found themselves 2-0 down inside 13 minutes and 3-0 down with 21 minutes of normal time remaining.

However, an 80th minute penalty from Bruno Fernandes and an Ibrahima Konate own-goal on 82 minutes gave them hope in the closing stages.

And as they chased a vital third, it looked for a split second like they had got it.

Paul Pogba whipped in a fierce low cross in from the right-hand side.

And with Harry Maguire lurking at the back post ready to knock it in, Leipzig defender Nordi Mukiele stuck out his leg to try and intercept the cross.

However, instead of clearing it, the 23-year-old only managed to divert it goalwards with an equaliser meaning his team would have been knocked out while United went through in their place.

But somehow the ball hit Leipzig keeper Gulacsi on the leg as he was rooted to the spot and he pounced on it to signal the end of the danger.

The referee blew the final whistle just seconds later and reaction to the save was mixed online.

Many called it bad luck while other slammed United's performance before the late drama.

UtdJXK wrote: "If that's against Liverpool, he scores the OG."

But Class of Manchester wrote: "No. We were about another five decent players away from reaching the knockout stages."

Christian added: "Too little too late, shame really. Go from controlling the group to completely bottling it."

Elsewhere, Paul Scholes accused David De Gea of 'bottling it' and making himself smaller because he was 'scared of getting hurt' after he let Justin Kluivert score Leipzig's third.