TYSON FURY belted out an Aerosmith tune after belting Tom Schwarz out of his Las Vegas ring.

The Gypsy King wound the clock back to 2015 when he stunned Wladimir Klitschko for his three world titles and serenaded wife Paris with the track ‘I don’t want to miss a thing’. 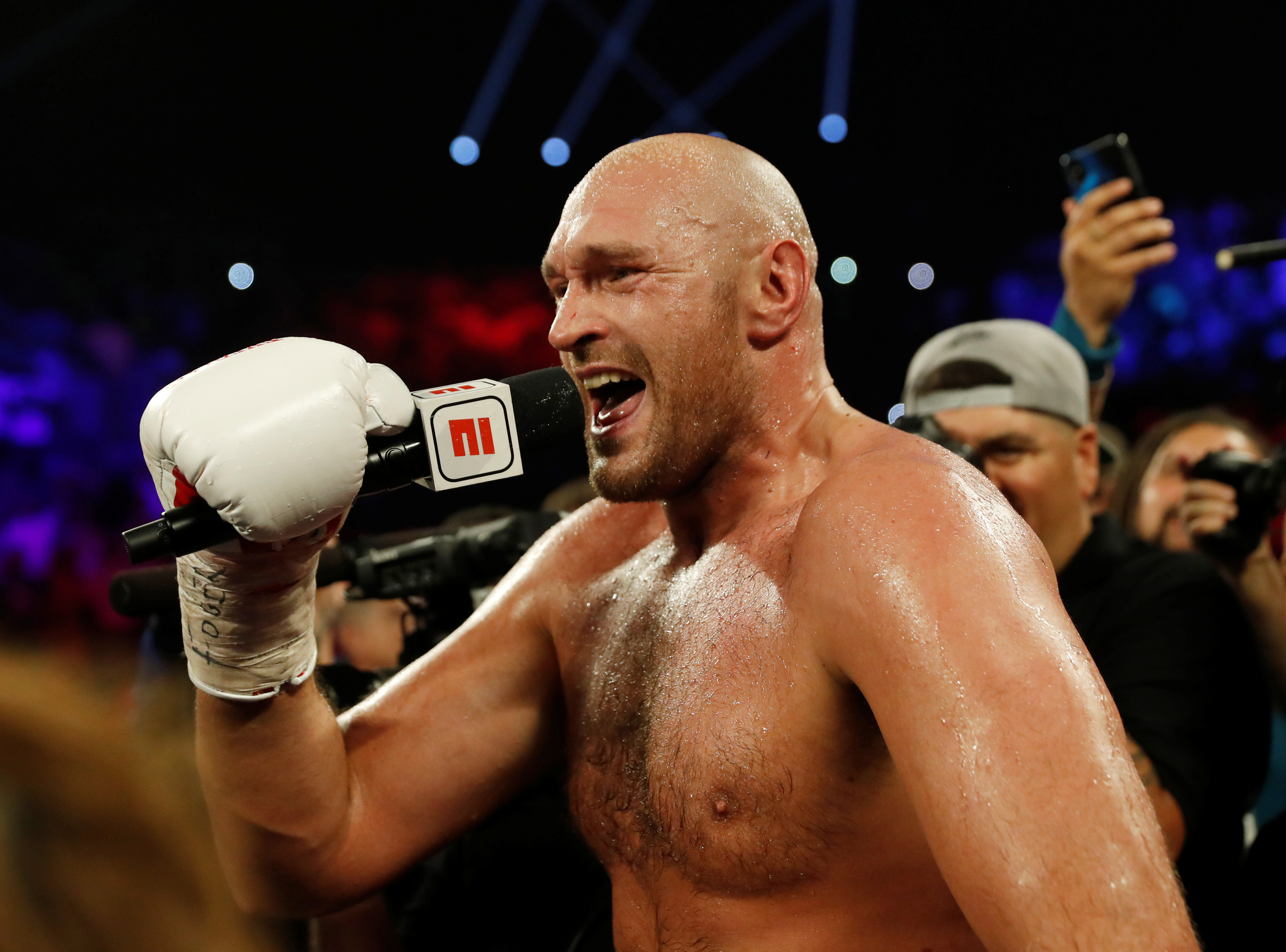 The 6ft 9in Traveller hard man melted hearts with his dedication to his childhood sweetheart and mother of his five children.

Steven Tyler sings about not wanting to miss his darling in the ballad but it was 25-year-old German Schwarz who was doing the missing on Saturday night, with Fury ducking and dodging his shots like a young Muhammad Ali.

After forcing referee Kenny Bayless to dive in and stop the fight, Fury planted a string of kisses on beaten Schwarz, before revealing the date and location of his next fight as he targets a Deontay Wilder rematch.

The 30-year-old said: “I came here to have fun. I just want to thank Bob Arum, Top Rank, ESPN.

"Bob will tell you, September 21st or October 5th, and next year we'll make Wilder give me that green belt.

"It was amazing, I hope America enjoyed it. I'm not one of those who take myself too seriously.

“September 21st or October 5th, I think in New York, then I'll hunt down Wilder.

"I won't look past today, but Bob and Frank will get deals done, then we'll fight Wilder early next year.”

Fury treated fans to another hit in the post-fight press conference as he belted out American Pie.

Even Ben Davidson and Bob Arram joined him in the gleeful melody.

Inside the ring, the 6ft 9in Brit stylist eased into the bout in his usual orthodox stance and switched to southpaw for the second. 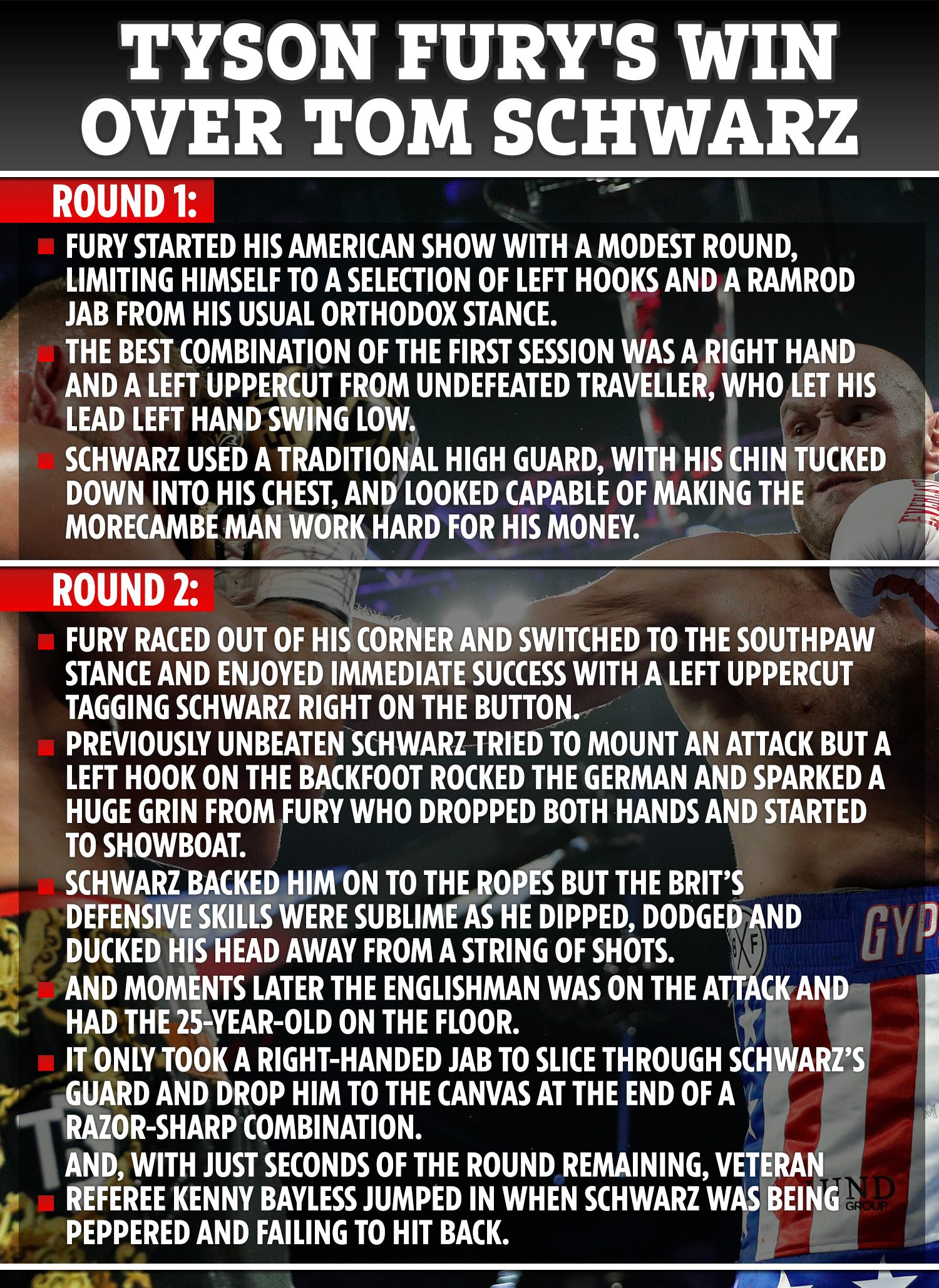 Brilliant defensive skills won the crowd over before a razor-sharp combination, topped off by a right-handed jab, sent Schwarz to the canvas.

And dad John, a former fighter watching the action in the BT Sport studio, said he should target a top-five opponent for his next tune-up battle.

He said: “Let's get somebody ranked in the top five next time, then Wilder next year, for the best prize in the world.” 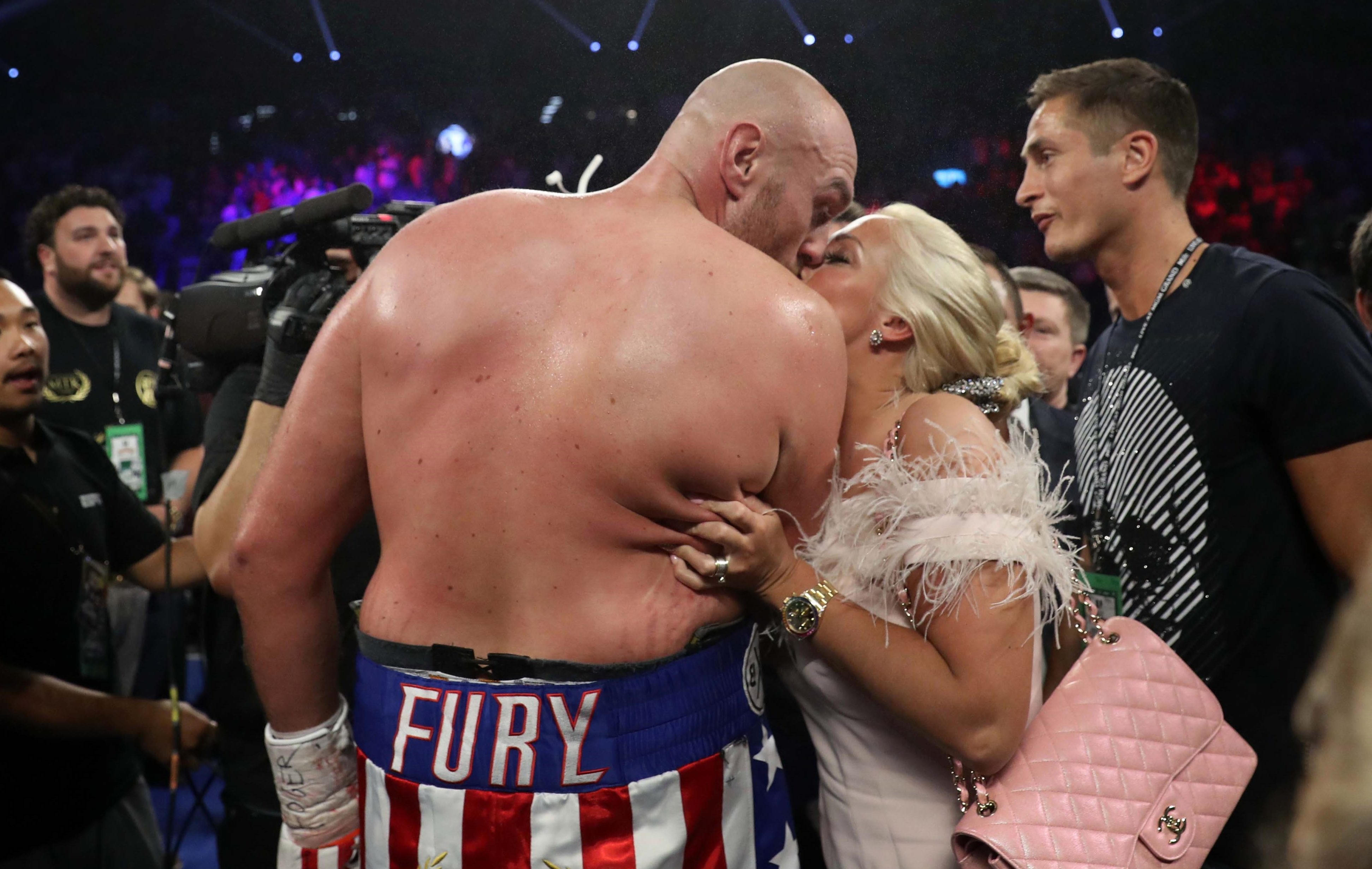 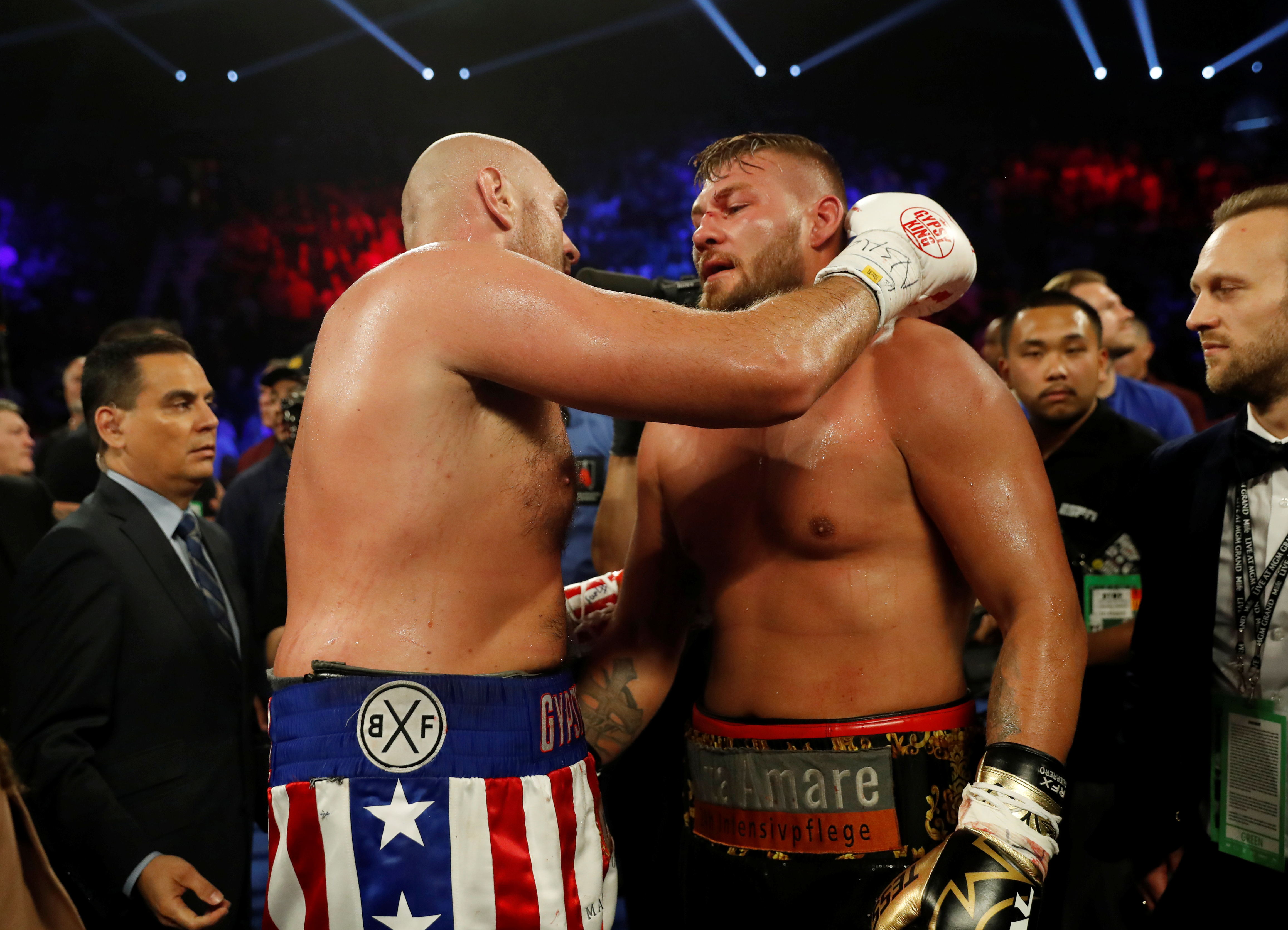 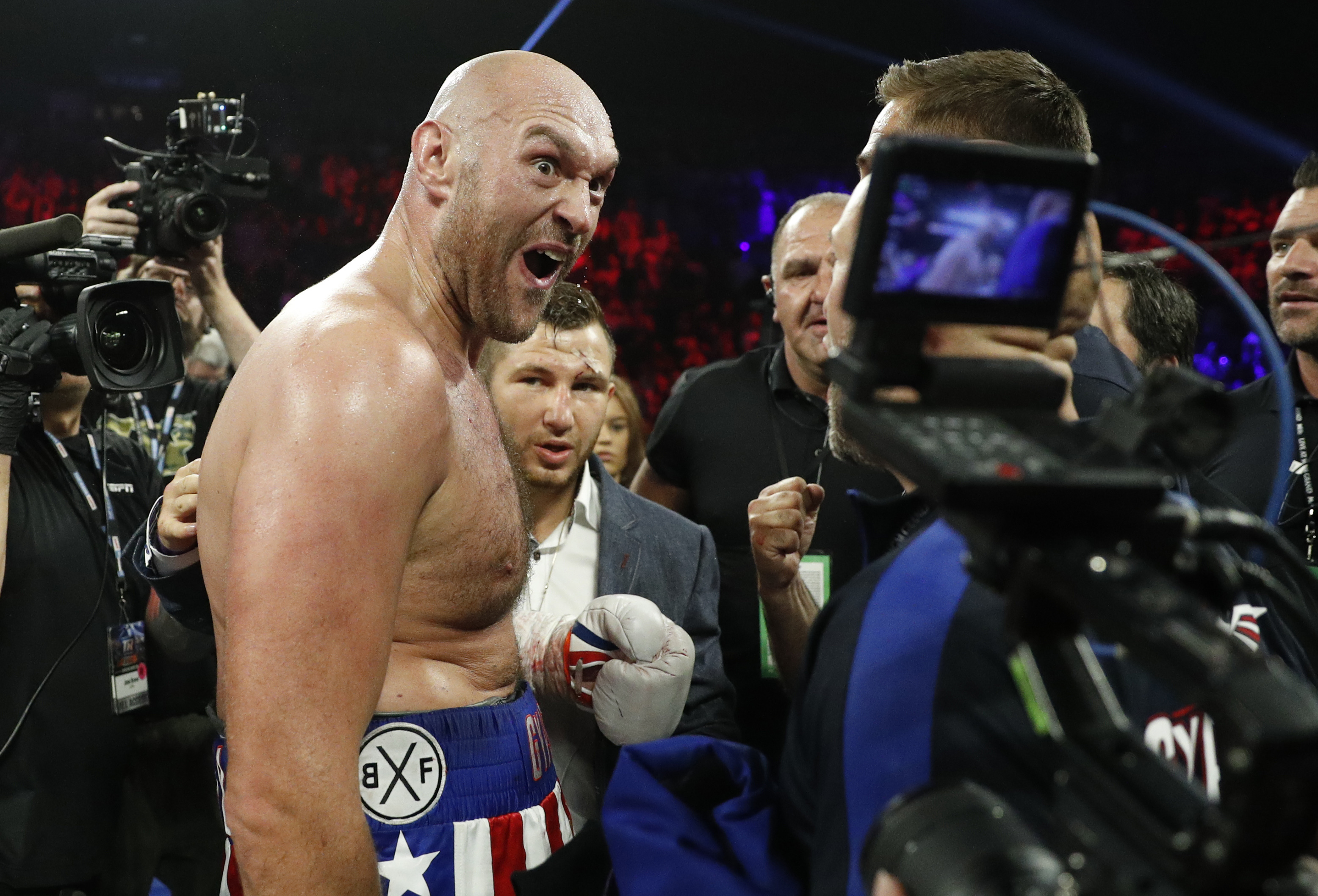