New Zealand captain Dallin Watene-Zelezniak is the first player to pull out of next month's All Stars exhibition in Melbourne after undergoing minor knee surgery.

Penrith on Thursday confirmed the fullback-winger had been due for a clean-out and was made unavailable to represent the Maori All Stars against the Indigenous All Stars on February 15. 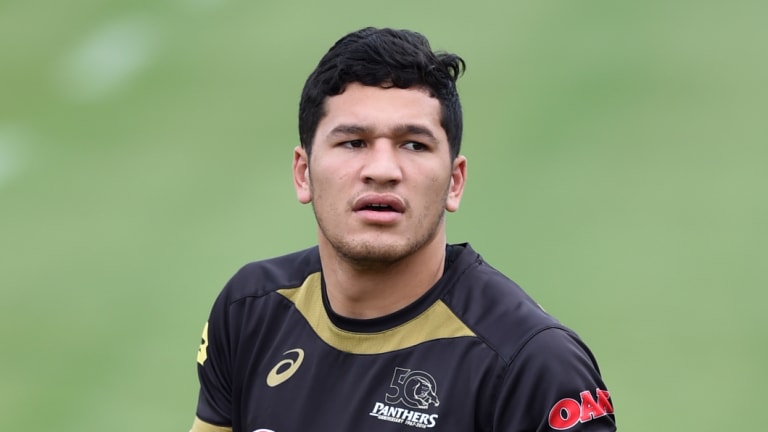 Injury: Dallin Watene-Zelezniak plans to be fit for round one of the NRL season but will miss the All Star game.Credit:AAP

Watene-Zelezniak was in the running to be picked by Maori coach Stacey Jones, but will instead focus on preparing himself for the Panthers schedule of trial matches.

"It was the first thing I asked, 'Will I be alright for the All Stars game?', because I really wanted to play," Watene-Zelezniak told the NRL website.

"I'm pretty disappointed but I just need a good break, my knee and body needs a good break going into round one.

"I'm sure there'll be an opportunity at the end of the year or year after. It'll always be a goal of mine now to play in that team."

The 23-year-old enjoyed somewhat of a breakout season with Penrith last year after moving to fullback because of an injury to Dylan Edwards.

The successful switch ended in him being handed the Kiwis captaincy, however he now faces moving back to the wing due to Edwards' return.

Fan voting for the Indigenous and Maori All Stars closes next week, however it will be the coaches that determine the final make-up of each team.