Watford star Sarr headed home unmarked at the far post to earn a point for his side after Toon looked on course for a vital away win. 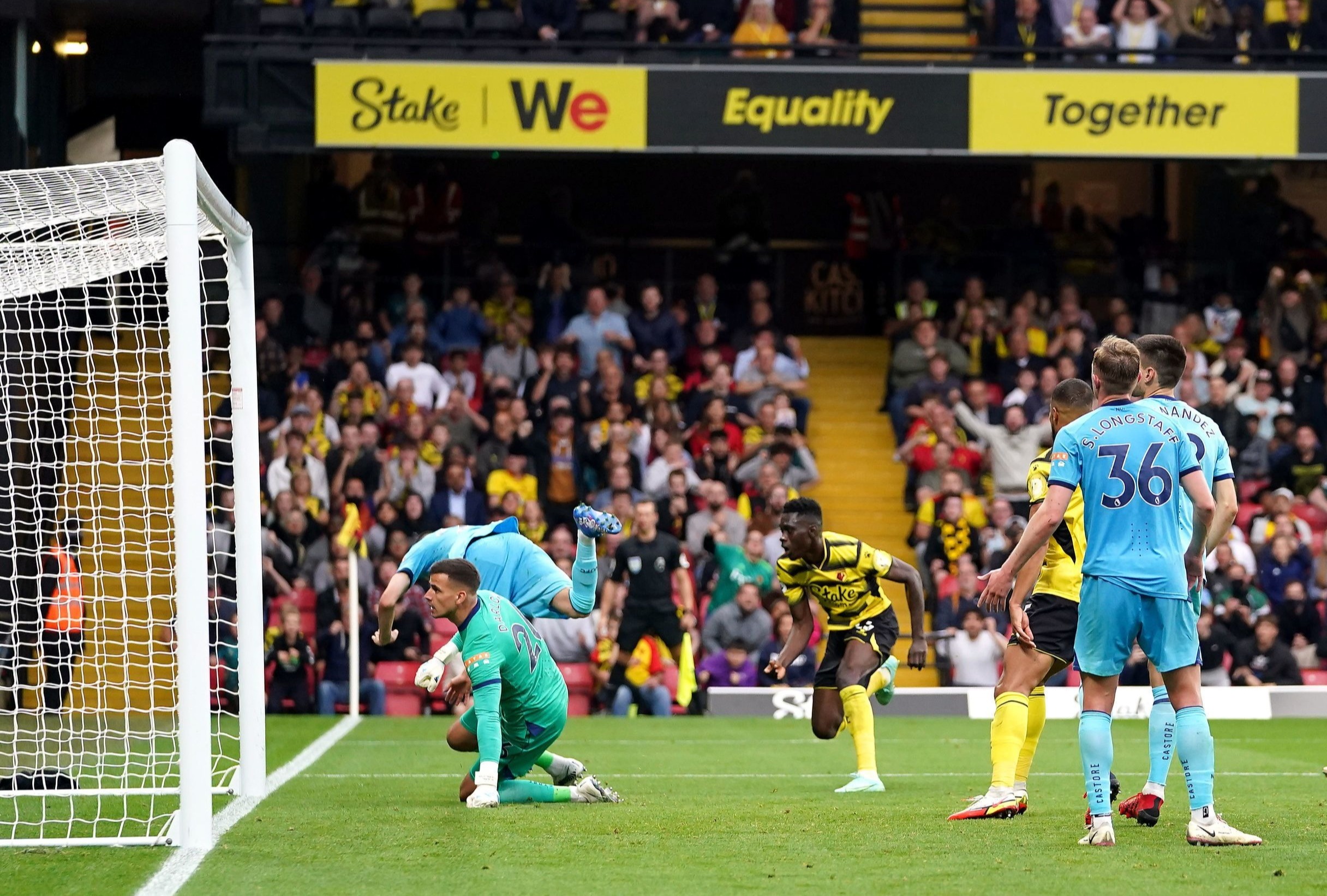 Sean Longstaff’s first goal in over a year had them coasting to the win despite Bruce having to face taunts from his own fans – but they paid the price for squandering a series of good chances to put the game out of sight.

It is all well and good winning away at Norwich, but Watford know home matches against rivals such as Newcastle will be the real acid test of their top flight capabilities.

They had failed against Wolves when faced with a similar challenge, so the Hornets clear started as though they were on a mission to collect three valuable points.

And but for two sharp saves at his near post from Karl Darlow to twice deny Emmanuel Dennis efforts they may have forced the lead within three minutes.

It doesn’t take much to trigger the anger of Toon fans these days, and the first loud chorus of “We want Brucey out” duly arrived within a couple of minutes.

But while they have longstanding issues with the ownership and management of the club, the players themselves actually looked intent on delivering a performance.

At the heart of much that was good about their play early on was Sean Longstaff, and two 25-yard volleys which whistled just wide of target showed his intent.

Then it was Joe Willock’s turn to burst forward and try his luck as the Watford defence looked ragged, only to see the ball deflect away for the corner.

And that was how Newcastle found their way to breaking to deadlock on 23 minutes as the Hornets defence stood off Allan Saint-Maximin, allowing him to feed Longstaff in space on the left hand corner of the area.

The midfielder cut inside and let fly with a shot which Ben Foster allowed to slip through his hands into the top corner. 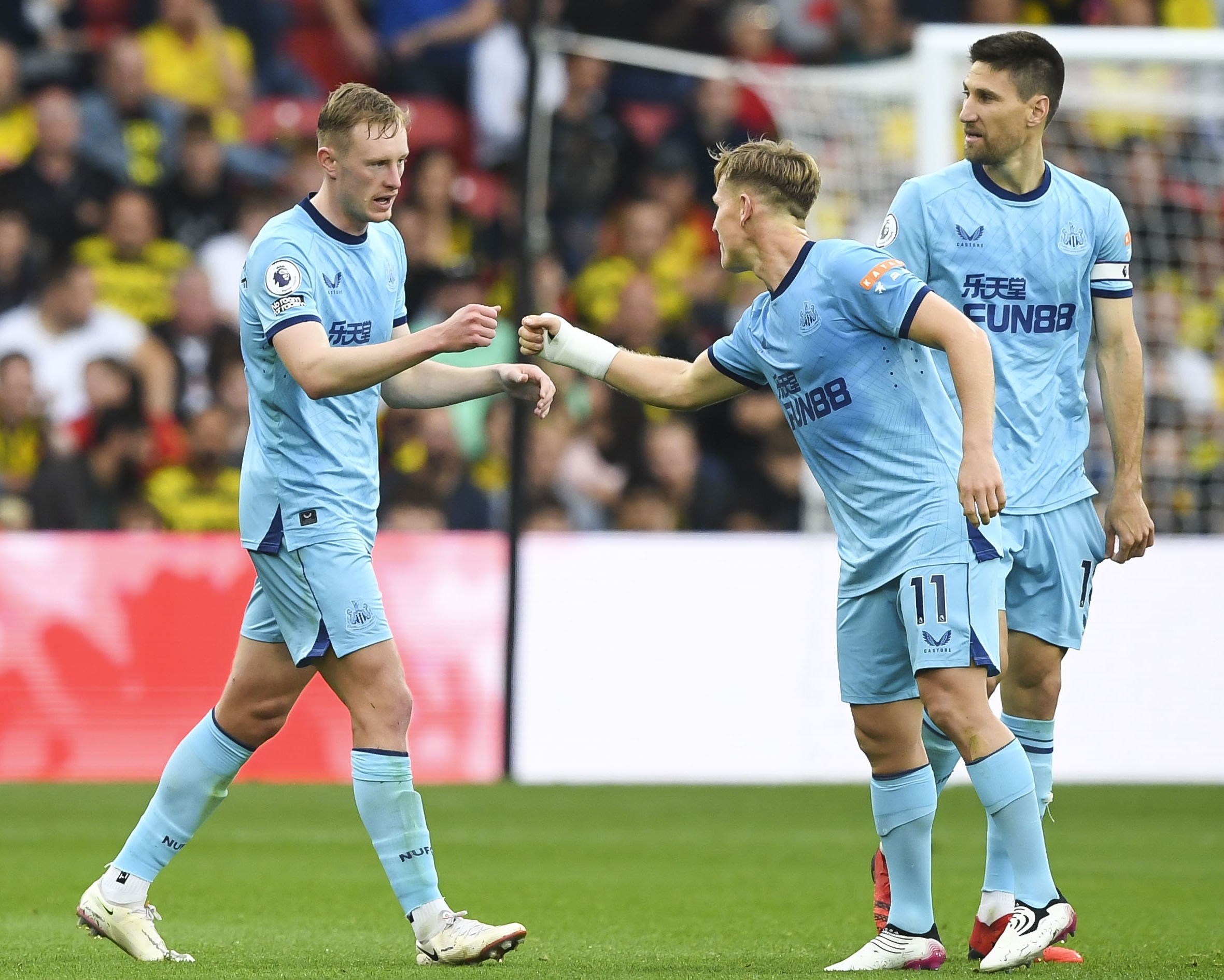 It was frenetic stuff and Australian ref Jarred Gillett was a busy man trying to keep a lid on things as players launched into tackles.

In total, he gave SEVEN bookings, there were chants of ‘you don’t know what you’re doing’ and was booed off – welcome to the Premier League Jarred Gillet.

And right from the off he was facing a real challenge as both sets of players attempted to get into his face and start to test his mettle.

They were up to all kinds of tricks, shouting and gesticulating in an effort to try to gain any advantage possible, but Gillett is no-one’s mug.

The 34-year-old from the Gold Coast has a reputation as a fine whistler built on the back of him becoming a top Fifa ref before he decided to move to Britain.

And be reffed the game well, brandishing four yellow cards in the first half which were all warranted.

The game settled more after the break but Gillett was still forced to show three more yellows – and the only surprise was he decided to overlook the already-booked Javier Manquillo booting the ball the length of the pitch after being pulled up for a foul.

By the break, Newcastle should really have been two goals ahead after a woeful backpass from Craig Cathcart let Saint-Maximin in clean through on goal.

Cathcart got back to challenge the French forward but the ball rolled to Longstaff with the task of striking the ball into an empty net – only to lift his effort high over the bar as he fell.

Other than a low shot from Ismaila Sarr which passed a yard wide, Watford had offered no real threat of note in the opening period and boss Xisco Munoz looked an unhappy man as he trudged down the tunnel.

But time and again when they broke with promising positions, the decision making from the players was awful and move after move broke down.

Newcastle were comfortable, and when they put their minds to it were the most dangerous team.

They should have doubled their advantage on 67 minutes when lovely play from Saint-Maxmin put Willock through, but his shot was straight at Foster.

Then from nowhere the Hornets levelled, as Danny Rose saw his corner flicked on by Josh King and Sarr arrived unmarked to bury a header for the 71st minute equaliser.

With renewed vigour the home side tried to pile forward at pace looking for the winner, but it was Newcastkle who really should have restored their lead. 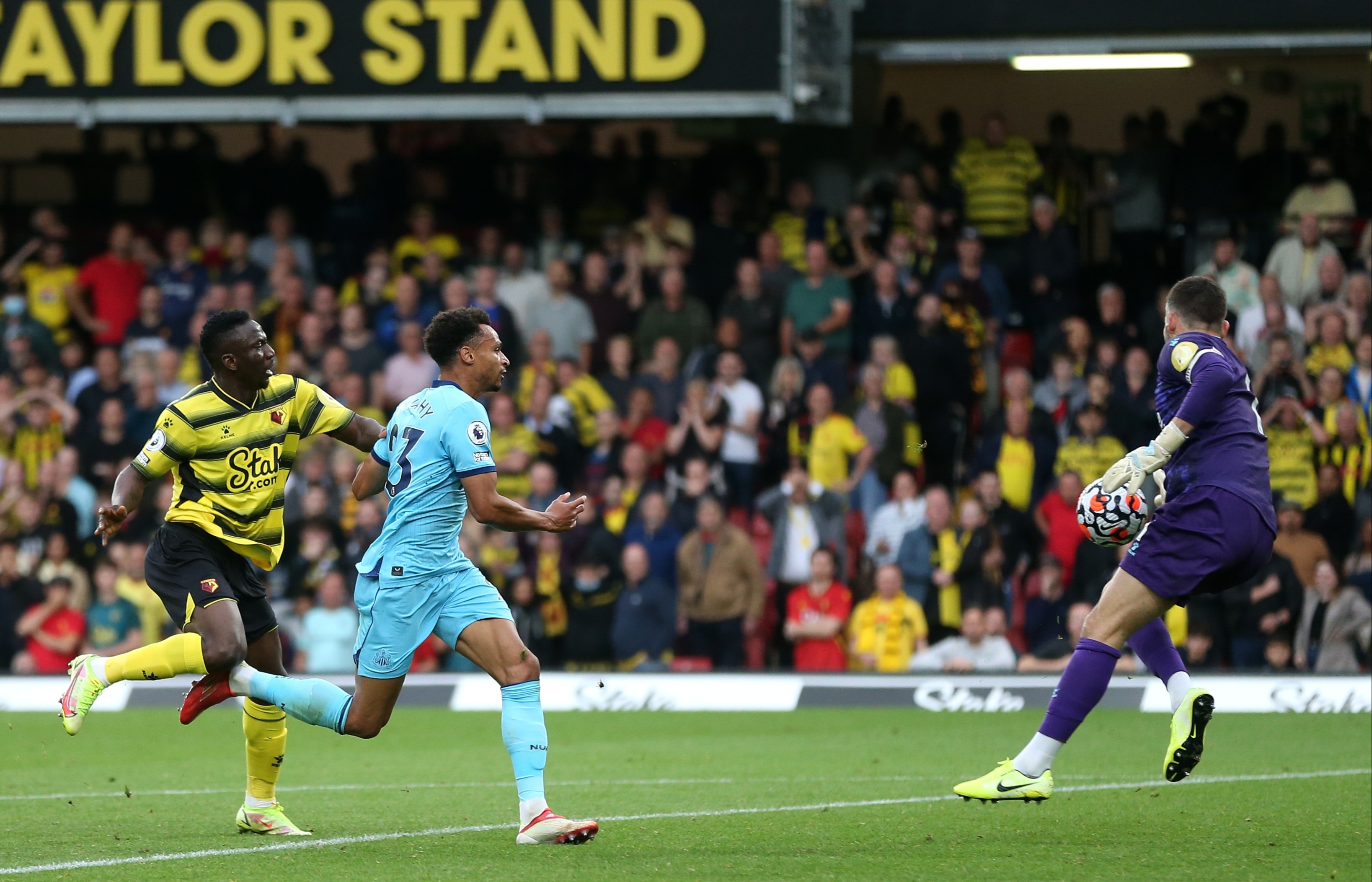 But from just six yards out, defender Kieran Clark planted his header the wrong side of the far post and was left holding his head in frustration.

Watford thought they scrambled all three points four minutes from time but Kind was correctly ruled offside after shooting low into the net.

Then in stoppage time came the golden chance Newcastle wanted as sun Jacob Murphy raced clean through from half way – but he completely fluffed his effort straight into the arms of the grateful Foster.