WATFORD have beaten Arsenal to the signing of highly-rated young midfielder Pape Gueye from Le Havre.

The 21-year-old had long been linked with the Gunners, but put an end to speculation by penning a five-year deal with the Hornets. 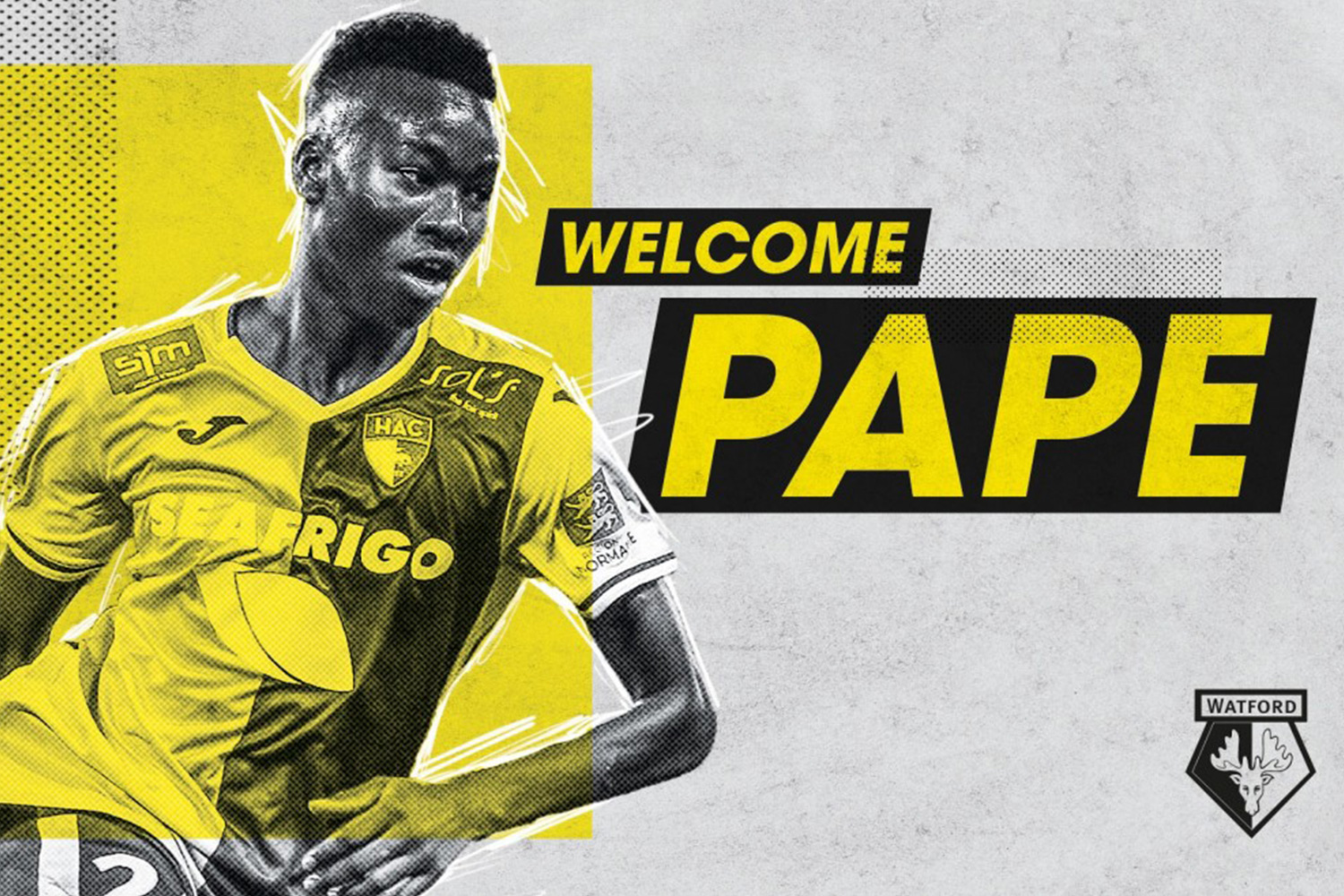 Gueye was a key feature for Le Havre in Ligue 2 this season, as they sat one place outside the playoff places prior to the French season being axed yesterday.

He featured 25 times for the side managed by former Paris Saint-Germain and Rangers boss Paul Le Guen this term, but was available on a pre-contract arrangement with his deal expiring in June.

The 6ft 2in operator has been capped by his country at under-19 level, representing something of a coup for Watford to have beaten Arsenal to signing him.

Le Havre, situated on France's north coast, has something of a reputation for producing outstanding talent.

Among the names to have previously come through its revered academy are Paul Pogba, Riyad Mahrez, Dimitri Payet, Benjamin Mendy and Lassana Diarra.

Gueye will officially become a Watford player on July 1 upon the expiry of his current contract.

Whether or not he will be joining a club bound for the Championship is currently unknown, however.

Prior to the suspension of football, Nigel Pearson's side had sat 17th in the Premier League with nine games to go, although Aston Villa two points to their rear had a game in hand.

Division chiefs are hoping to get things back up and running in June, although it is unclear as to whether Gueye and fellow July 1 arrival to the league Hakim Ziyech would be allowed to take part.

It would surely be a huge boost for Pearson, the man that brought Mahrez to Leicester City from Le Havre, if he could have his new man available for the hypothetical run-in.