THE CRAVEN Stakes is as good as it gets this week.

Last year Roaring Lion and Masar were two stars of the Flat season and both ran in this before going onto win multiple Group 1s. Here's the lowdown on the next bunch of hopefuls. 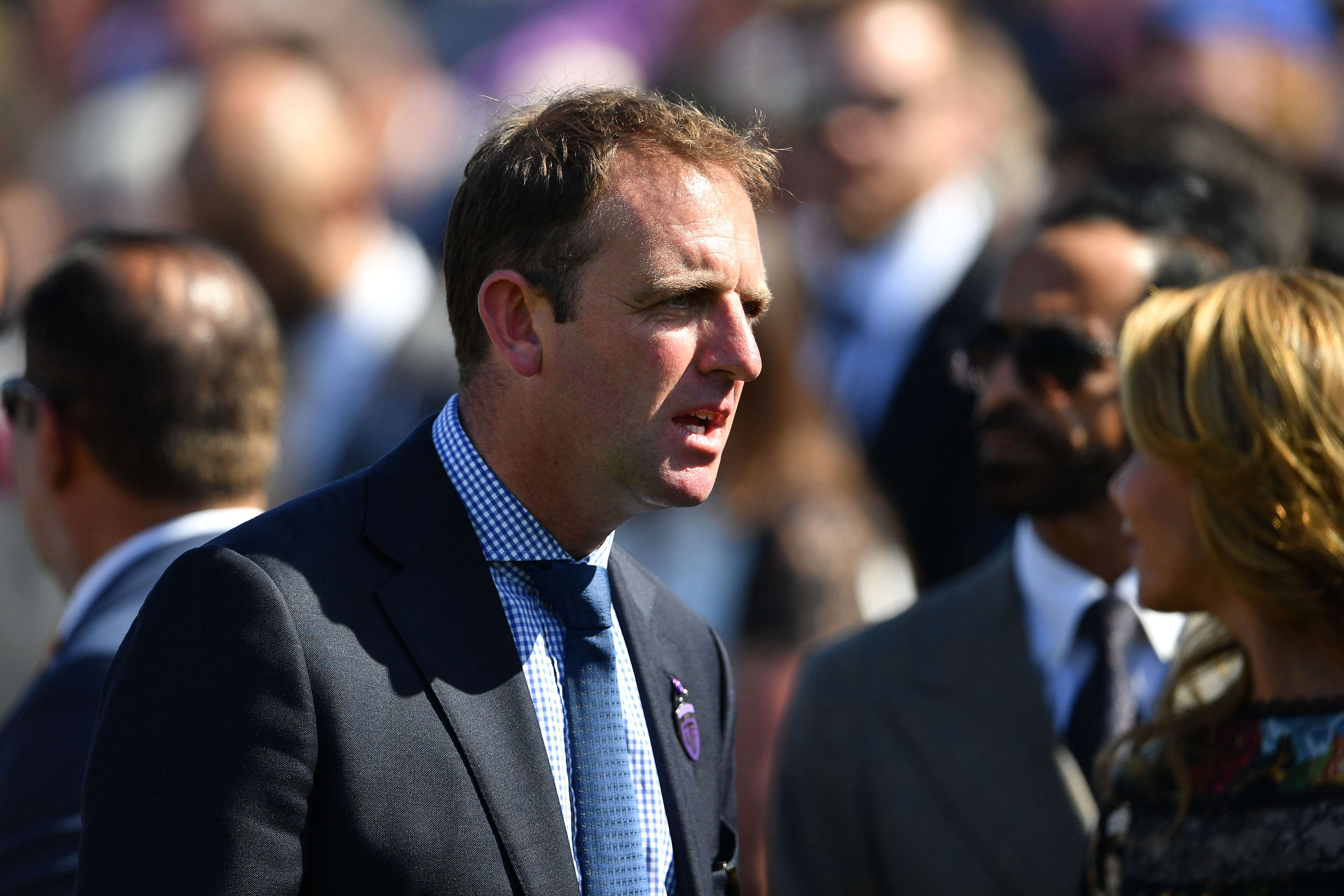 Martyn Meade has started the season in good style and Confiding has been overlooked in the betting.

Form behind Dark Vision (in his pomp) and Too Darn Hot should not be sniffed at, and he'll love the quick ground.

The trip is the gamble, but he stayed on well enough over seven furlongs to suggest the mile is within his radar.

Another tempting each-way angle. Unbeaten in three starts but this the toughest by far and will really show if Kelleway's stable star is up to this level.

Has won over a mile on good ground. But that was a narrow win in Doha, form very hard to weigh up.

Unexposed and trainer in good form. Would love to see him go close but would need to improve.

"The owner is flying in from Hong Kong and was keen for him to run here. He pays the bills, and it's his decision.

"Gerald Mosse (jockey) was keen for him to run here as well, so I'm guided by them.

"My job is to get him there in the best possible condition, and I think he is – he's in great form.

"I think it looks a strong race, and it is so close to the English Guineas. I think we'll go to the French Guineas anyway, but it's probably not ideal for any of the horses in the race.

"I'm very happy with my horse, and we'll see where we stand."

Expected this horse to be another sprinter for the Dascombe team but won well over seven at Wolves recently.

Could not give much of a chance to in this deep field and best-watched.

Has course form though, the same can't be said for most in here.

Another outsider, another one that has plenty of ground to make up.

Given a rating of 90 following three runs in Novices and even that looks a tad steep.

Newbury win was decent form but beaten at 1-7 since.

Could well go off favourite and continues to shorten in the lead up to the feature race.

Has wintered in Dubai and was a Group 1 winner on Arc day.

Sets the standard by a good distance and his mark of 113 would be good enough to have won this race from Masar last season.

"He is doing good and has been working well.

"He wintered in Dubai and was working well on the all-weather and the Tapeta, but he didn't handle the dirt. We thought it was worth testing him, but you could tell from his action he didn't like it.

"We hope he'll have a good season back in Europe on the turf. Any rain would be good for him, because his two wins last year were on easy ground.

"He is in good form and is a tough horse."

Has been talked up all winter and Palmer seems to be very keen on him.

However, on bare form he has miles to make up. Currently rated 86, 17lbs short of the best in the race.

Hasn't put a foot wrong yet though and will undoubtedly improve for racing better rivals. Trip no issue.

"I've been pleased with him at home, and he's a horse I've always liked. There's not much more to be said.

Only seen once on track when a impressive winner of a course maiden.

Looks a longer-term prospect but will stay this mile no problem and James Doyle has struck up a good relationship with better horses from this yard.

Was a unconsidered 33-1 shot on debut when victorious, but can't have been showing much at home. Interesting, but likely best-watched at this stage.

"Skardu has done well over the winter – I am very happy with him. All he has done so far is win a maiden, which I wasn't expecting because he ain't that flash at home, but he won easily in a good time against a good field.

"He will come on for what he does on Wednesday, because it's not his Derby at all – it's a trial for a better race.

"He's entered in the 2000 Guineas, although that's not to say that he's a definite runner – we will be much wiser about that after the Craven.

"I suspect the opposition will be very strong – I know Zakouski is very fancied."

One of the more experienced runners in here and looks over-priced if coming here fit and ready.

Ran poorly in the Solario but had previously run Phoenix Of Spain close which is solid form.

Hannon has his team well forward on the whole, and the booking of Moore perhaps shows his hand.

A big talking horse since his debut win at Kempton and has been named as one of Godolphin's Guineas horses.

However, a lot to take on trust and at the prices I can leave alone, especially considering his Kempton form has taken some knocks.

Obviously can't ignore and the chat will have not started itself, but can you trust a 2-1 shot off one run in this? I'll let you decide.

"He's fit and well – and like a lot of horses who have won their maiden, he's now got to go and take the next step.

"Saeed's horse is the one we all have to beat. He brings Group One form into the race, and we've all got to raise our game to get to his level.

"I see our horse is priced up as favourite, and for whatever reason there seems to be a lot of momentum behind him.

"We think he's a nice horse who has developed well from two to three, and it was a good performance at Kempton.

"We like him and think he's up to running in a race like this. We'll see where we stand afterwards."