ARSENAL fans just cannot seem to get Arsene Wenger out of their heads – even when watching one of the UK’s biggest music stars.

London MC Stormzy was performing in Amsterdam when the protest to get the Gunners gaffer out of the Emirates hotseat sprang back into life. 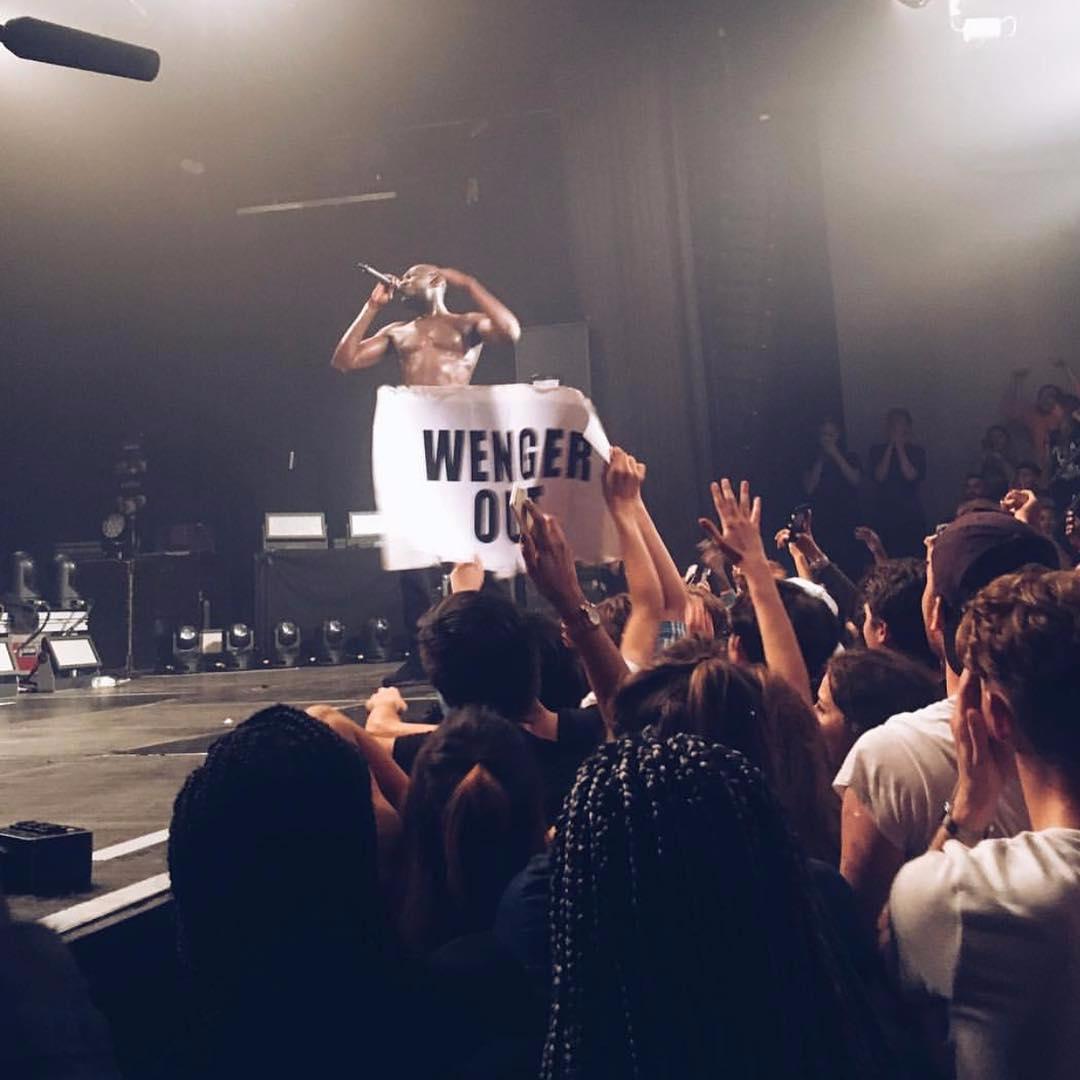 The Manchester United supporting musician posted a snap from his gig in Holland along with the caption " – but the photo was invaded by a “Wenger Out” sign being held up proudly from the crowd.