Cain Velasquez explains challenges of moving from UFC to WWE

Former UFC champion Cain Velasquez explains the differences between MMA and the WWE. Velasquez is joined by Rey Mysterio to give his thoughts on his upcoming WWE match with Brock Lesnar at Crown Jewel.

UFC superstar Conor McGregor has combined fighting prowess with unmatched charisma to build one of the biggest business empires in the sport of mixed martial arts.

At age 31, McGregor ranks among the biggest draws in UFC history, shattering pay-per-view buy records for his match against rival Khabib Nurmagomedov at UFC 229 in October 2018. The match fueled McGregor to $47 million in earnings in the 12 months prior to July 2019, with $15 million coming from endorsement deals, according to Forbes.

McGregor’s personal net worth isn’t publicly known. However, the Irish-born star declared last August that he was a billionaire.

WHAT IS LEBRON JAMES' NET WORTH?

“I fought for billionaires and then became one myself,” McGregor wrote on Instagram. 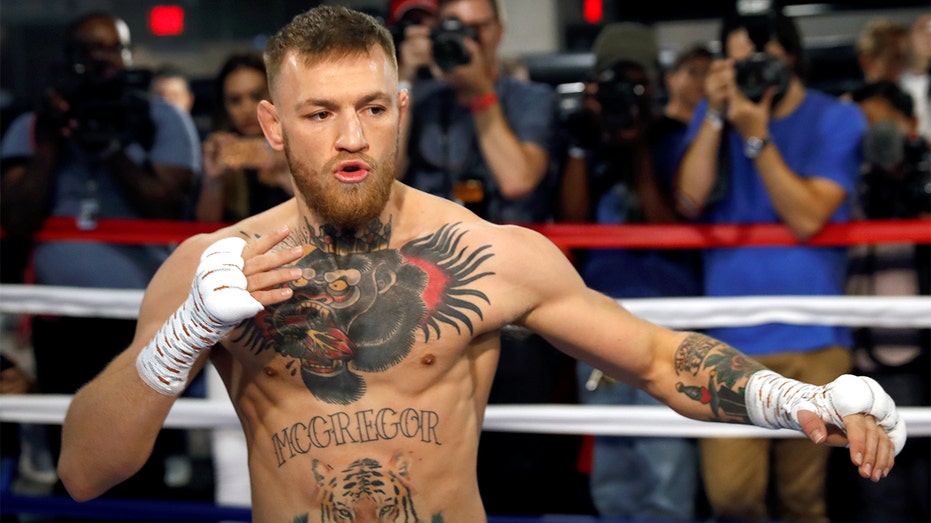 Conor McGregor of Ireland warms up during a workout at the UFC Performance Center in Las Vegas, Nevada, Aug. 11, 2017. (REUTERS/Steve Marcus)

McGregor has his own brand of whiskey, Proper No. Twelve. The brand sold more than two million bottles, or nearly 200,000 cases, in its first six months, according to Business Insider. He also has his own menswear line, dubbed August McGregor.

WHAT IS TIGER WOODS' NET WORTH?

Success in the UFC Octagon led McGregor to build a stable of corporate partners. He has an endorsement deal with Reebok worth $5 million annually, as well as deals with Bud Light, Beats headphones and several other companies. 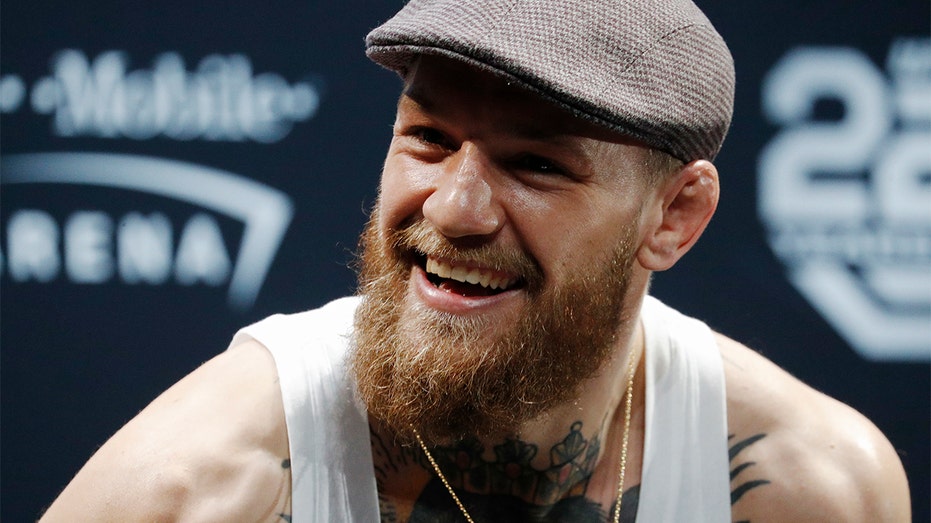 McGregor earned his biggest payday to date in an exhibition boxing match against Floyd Mayweather, where he took home a check worth an estimated $100 million in a losing effort. McGregor estimated that he would earn an $80 million payday from his victory against UFC mainstay Donald “Cowboy” Cerrone in January 2020.

Since turning pro in 2008, McGregor has amassed a 22-4 record, including 19 victories by knockout. He has won UFC’s featherweight and lightweight championships, briefly holding both titles at the same time in November 2016.