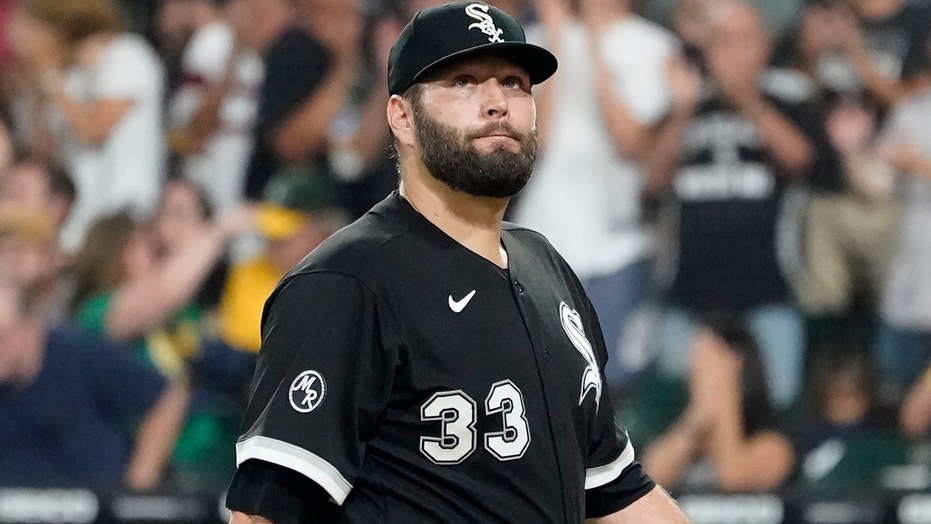 Chicago White Sox pitcher Lance Lynn was ejected in the middle of the fourth inning of a game Wednesday night against the Oakland Athletics after throwing his belt toward an umpire during a substance check.

Lynn appeared to be frustrated or upset with getting checked in the middle of the inning. He pitched in four innings and allowed one run on three hits and Chicago would eventually pick up the 3-2 win.

The American League Cy Young award candidate addressed the incident after the game.

“Obviously, I hurt his feelings. He threw me out because I tossed my belt, and I said, ‘Well, if you were on time [to the dugout for inspection], we wouldn’t have this problem,’” Lynn said, via NBC Sports Chicago.

The 34-year-old pitcher is in his first season with the White Sox and has played very well.

He has 141 strikeouts with a 2.26 ERA in 26 appearance. He joined Chicago in the offseason after two years with the Texas Rangers.

Chicago is in control of the American League Central division after Wednesday night’s game. The team is 71-50 and has a nine-game lead on the Cleveland Indians. The team wraps up its series with the A’s on Thursday night.