LOS ANGELES — The criminal case involving one of President Trump’s leading adversaries and the world’s biggest shoe company has also ensnared an unlikely figure from the youth basketball world.

The coach, Gary Franklin Sr., started his club from scratch in Los Angeles and ran a program known for its rectitude, according to Sonny Vaccaro, the former Nike and Adidas executive who essentially forged the relationship between the shoe industry and the summer youth basketball circuit. What began as a team for Franklin to coach his then 10-year-old son became a powerhouse club that attracted future N.B.A. stars and major college recruits, and one that steered clear of any scandals.

“He was one of the guys who built it up through his own resources, and his program had a reputation as one of the ‘good guys,’” Vaccaro said of Franklin in an interview this week.

Franklin’s club, California Supreme, and others like it are major cogs in the pipeline of youth basketball, shoe companies and colleges that supplies the professional game with a deep reservoir of talent. And Michael Avenatti knew it.

Now Franklin has become a central figure in the case against Avenatti, the lawyer best known for representing Stormy Daniels, the adult film star, in her lawsuit against President Trump. Whether Franklin, who has not been charged, is an accomplice, a co-conspirator or simply collateral damage is not yet clear, but prosecutors’ revelations about his involvement have stunned those who have known him for years.

The question in the club basketball world is, could Franklin have morphed from a stickler who played by the rules into the latest symbol of an amateur basketball world that has spun out of control? 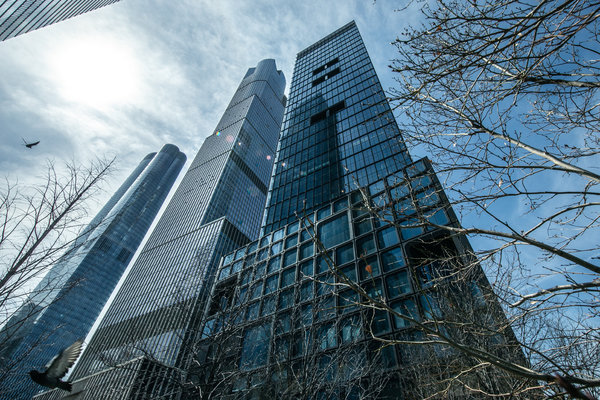 California Supreme reached its zenith at the 2016 Peach Jam, a summertime showcase for the best travel basketball teams and players in the country. In the final event of the Nike-sponsored league, Deandre Ayton, a towering Bahamian who was about to turn 18, helped the team reel off a huge winning streak before Cal Supreme fell to the eventual champions.

For Franklin, a soft-spoken coach from Los Angeles, the run was a triumph. His Nike-sponsored team was one of the best in the country in what is now known as “grass-roots basketball.”

Three years later, Franklin, 51, is in a different spotlight, with federal prosecutors accusing Avenatti of extortion for threatening Nike with the release of information that Avenatti had pledged would damage the apparel behemoth’s value to the tune of a few billion dollars. Specifically, Avenatti had told Nike attorneys this month that a coach in Nike’s grass-roots basketball league had approached him with information that company employees had paid the families of three players, prosecutors said. Avenatti, prosecutors said, demanded that Nike pay millions to make the whole thing go away.

Paying players and their families would violate N.C.A.A. rules, rendering the players ineligible for college play. Also, if the money was paid in exchange for players to commit to colleges Nike sponsors, it would resemble the behavior that recently led to federal fraud convictions for two former Adidas employees.

Two sources familiar with the investigation confirmed the unnamed coach in the complaint is Franklin. Nike had recently declined to renew its sponsorship deal with Cal Supreme, which was worth more than $70,000 annually. Franklin could not be reached for comment.

Grass-roots basketball is often erroneously called “A.A.U. basketball” — including in prosecutors’ court filings. That is a misnomer because the elite leagues are not sponsored by the Amateur Athletic Union. Rather, they are supported by sneaker companies who spend hundreds of thousands of dollars every year to organize tournaments from April through July. The teenage players who participate are outfitted, from head to toe, in apparel made by and bearing the indelible logo of the league’s sponsor.

Sneakers companies like Nike and Adidas also pay thousands of dollars each year to sponsor the teams themselves as a sort of long-term investment strategy: They hope to build brand loyalty among young players who could eventually become stars. Get players into your gear early, the thinking goes, and you may be more likely to land them as spokesmen when they turn pro and have even more influence over the world’s fans — and their wallets.

“Sneaker companies want to make money,” said Dr. Todd Boyd, a professor at the University of Southern California who was the executive producer of a 2016 documentary called “At All Costs: Life Inside A.A.U. Basketball.” “That’s their objective. And if you have a kid who’s good enough to go on to the N.B.A., and he chooses to continue wearing these shoes, you’ve made a long-term investment that could pay off for years.”

At the same time, the grass-roots basketball landscape has shifted in recent years as N.B.A. players like Bradley Beal, Chris Paul and Carmelo Anthony have become increasingly involved in forming their own teams. These are players who already have partnerships with shoe companies and can help subsidize costs on their own. Last year, Russell Westbrook of the Oklahoma City Thunder, who has an endorsement deal with Nike’s Jordan Brand, organized a Los Angeles-based team that advanced to the playoffs at the Peach Jam.

Franklin was far from the N.B.A. when he started his team.

A flattering portrait of Franklin is included in “Play Their Hearts Out,” a 2010 book by George Dohrmann that details youth basketball culture in Southern California. Franklin, according to the book, played basketball and football at Los Angeles Valley College. Later, he doted on his son, Gary Jr., creating a club team he initially called the “Runnin’ Rebels.” He preached fundamentals during their practices at Manual Arts High School and spoke openly about his faith in God. Gary Franklin, Jr. went on to play college basketball at Baylor.

Cal Supreme did not have lavish resources. When Brown, the Stanford player, was with the team, it practiced at various Los Angeles-area high schools. Parents subsidized costs. And players paid for their own meals at tournaments.

Yet neither Brown nor his teammates were naïve about the world they inhabited.

For years, the sponsorship deals have been heavily dependent on grass-roots coaches attracting the best players to their programs. Cal Supreme appeared to have enough talent over the years to keep Nike interested, producing players who ultimately landed at major college programs like Southern California, Oregon and Arizona, along with several who went to the N.B.A.

Big names circled in Cal Supreme’s orbit. Miles Simon, a guard who had won an N.C.A.A. championship while playing at Arizona, was one of the program’s coaches from 2011 to 2014. (Simon, who now works as an assistant for the Lakers, declined to comment through a Lakers spokeswoman.) Shareef O’Neal, a top-tier recruit and the son of Shaquille O’Neal, played for Cal Supreme before going to U.C.L.A. More recently, Percy Miller, the businessman and rapper known as Master P, was listed on Cal Supreme’s website as a team partner.

Ayton, who spent a season at Arizona before the Phoenix Suns made him the top overall pick in the 2018 N.B.A. draft, was Cal Supreme’s highest-profile player. But in a twist, after years of wearing Nikes, Ayton signed a lucrative deal to wear Pumas when he went to the N.B.A. For Nike, it was an investment that did not pay off.

It remains unclear whether Ayton’s deal played any role in Nike’s decision not to extend its sponsorship deal with Cal Supreme.

Cassius Stanley, a top-30 recruit and a senior at Sierra Canyon High School outside of Los Angeles, played for Cal Supreme in 2016 and for Westbrook’s team in 2018. His father, Jerome Stanley, who works as an attorney, said that as far as he knew, Nike never provided Cal Supreme players or their family members with benefits that would violate N.C.A.A. rules.

“It is very sad that Coach Gary has gotten himself tangled up in this mess,” Stanley said. “I feel bad for him and his family, and I pray that he and his lawyers can help him move on and not be damaged or used any more than he has been the past few days.”