What controversies have erupted?

Sudanese judoka Mohamed Abdalrasool has dropped out of the Tokyo 2020 Olympic Games rather than face Israeli opponent Tohar Butbul.

Neither the International Judo Foundation (IJF) nor Sudanese Olympic officials would comment on the decision but, in so doing, Abdalrasool became the second fighter to decline to take part after being drawn against Butbul, seemingly in protest at his country’s actions towards the Palestinian people.

Algeria’s Fethi Nourine was previously sent home from the Games on Saturday and suspended by the IJF after he too withdrew to avoid a potential matchup with Butbul.

“We worked a lot to reach the Olympics, but the Palestinian cause is bigger than all of this,” Nourine said afterwards.

His coach, Amar Benikhlef, told Algerian media: “We were not lucky with the draw. We got an Israeli opponent and that’s why we had to retire. We made the right decision.” 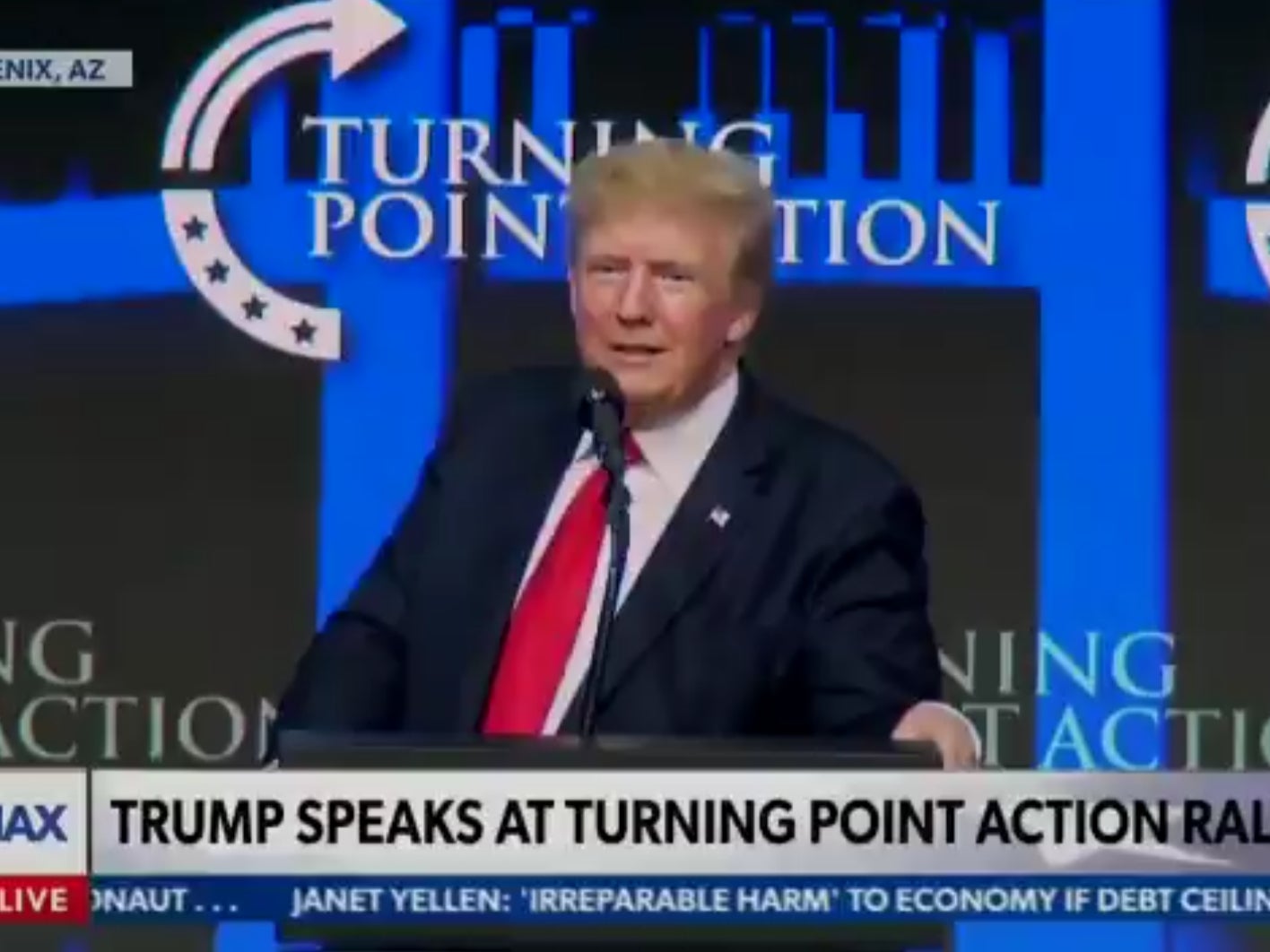 The latest eruption of violence between Israel and the Palestinians occurred earlier this year between 6 and 21 May, when airstrikes and rocket-fire were exchanged between the two sides, leaving at least 256 Palestinians and 13 Israelis dead following a dispute over evictions from the Sheikh Jarrah neighborhood in East Jerusalem and a police raid on the city’s al-Aqsa Mosque.

Other less divisive political gestures seen from the athletes at this year’s Games include Team GB’s women’s football team taking the knee like Colin Kaepernick in solidarity with the Black Lives Matter movement, expressing opposition to racial injustice around the world.

What other boycotts have taken place over the history of the Games?

The Olympics as we know it today was created 125 years ago as a utopian spectacle, intended as an inspirational showcase of what can be achieved at the outer limits of human physical potential.

However, the Games has rarely, if ever, been able to sidestep the geopolitical tensions of its moment, the most notorious example being the Berlin Olympics of 1936 in Nazi Germany, which almost saw the US and UK exempt themselves in protest at Adolf Hitler’s rule before ultimately deciding to take part rather than further alienate the Third Reich from the international community.

Germany and Japan were subsequently banned from the 1948 Games for their parts in the Second World War, as was South Africa from 1964 to 1992 during the Apartheid era.

The first significant boycott by whole nations came at the 1956 Games in Melbourne, Australia, when the the Netherlands, Spain and Switzerland all refused to participate in protest at the Soviet Union rolling tanks into Hungary to thwart the Hungarian Revolution (a conflict that would be played out in miniature in the pool during a violent water polo encounter between the two nations that became known as the “Blood in the Water” match).

Egypt, Iraq and Lebanon all likewise shunned that event over the Suez Crisis, as did China at Taiwan being allowed to appear as an independent nation, not returning to the fold until 1980.

The last time Japan staged the Olympics in 1964, announcing its re-emergence on the world stage as a modern democracy, China, North Korea and Indonesia all declined to participate following a dispute with the International Olympic Committee over its athletes’ decision to take part in a rival Asia-centric tournament, the 1963 Games of the New Emerging Forces in Jakarta.

Almost all African nations, led by Tanzania and Kenya, boycotted the 1976 Games in Montreal, Canada, in opposition to New Zealand being allowed to enter despite its rugby players breaking an international sports embargo to complete a tour of Apartheid South Africa.

The biggest mass boycott took place at the 1980 Games in Moscow when 65 countries refused to take part in response to the Soviet Union’s invasion of Afghanistan, a rejection led by US president Jimmy Carter and also comprising Canada, Israel, Japan, China and West Germany as well as many Islamic nations, with legendary boxer Muhammad Ali recruited to help encourage other countries to join the movement.

The Russians inevitably retaliated by missing the 1984 Games in Los Angeles, telling Ronald Reagan’s America: “Chauvinistic sentiments and anti-Soviet hysteria are being whipped up in this country.”

Why are we asking this now?

The role of politics in sport and the appropriateness of activism among athletes has rarely been more central to the discourse.

Some England football “fans” booing their team at Euro 2020 for taking the knee has cast light on the issue, as has disgraced former US president Donald Trump claiming that “wokeism” was to blame for the US women’s football team losing their first game in Tokyo 3-0 to Sweden.

While some supporters may take exception to the likes of Gary Lineker and Marcus Rashford using their considerable fame and social media pull to draw attention to social injustice, it is hard to argue with their results in pressuring politicians into U-turns on unpopular policies.

Ahead of the Winter Olympics in Beijing next February, US House speaker Nancy Pelosi has called for a “diplomatic boycott” of the Games by American statesmen and women in response to China’s regressive human rights record. 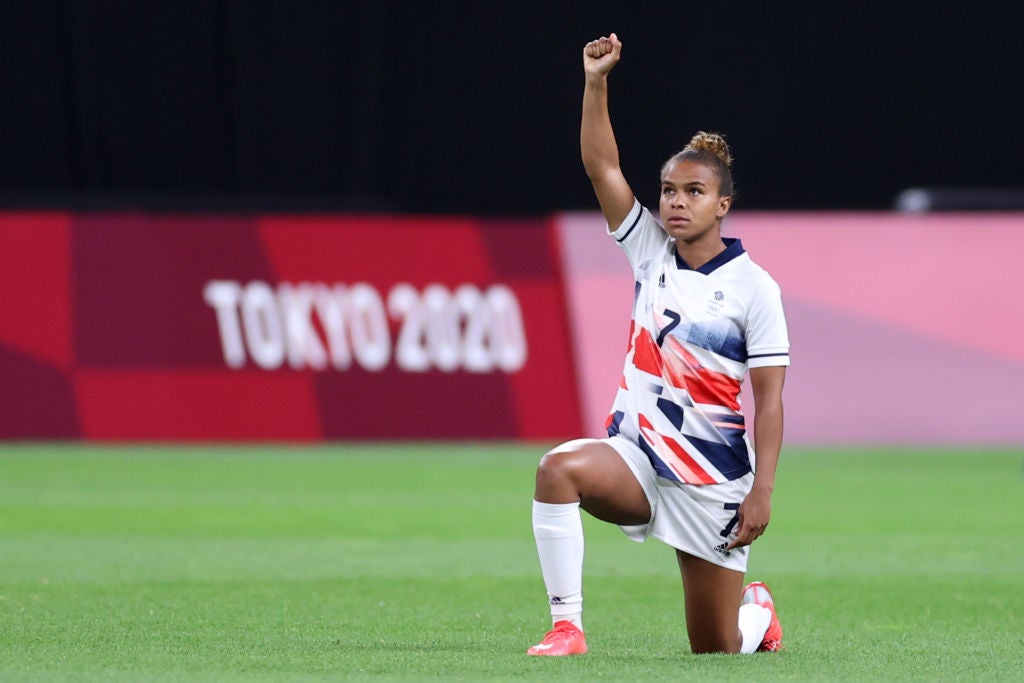 Nikita Parris of Team GB takes a knee prior to her side’s match against Japan in Sapporo, Hokkaido

Addressing the issue, legendary US Alpine skier Lindsey Vonn recently told Reuters: “If athletes want to boycott that’s their prerogative and their right. I think one of the great things about the Olympics is that it can shed a lot of light on really important topics, not just about sports.”

She added that she takes exception to competitors protesting at the podium, as US hammer thrower Gwen Barry did recently by turning her back on the national anthem, saying: “Allowing the athletes to protest outside of the podium, I think is a great balance.

“If you think about it you’re on the podium with two other people that have equally given their life to be in that position and you don’t want to take away from that, from their victory, and from their success.”