It will be a low key kick-off for Coup De Main’s Country Championships bid at Sapphire Coast today but trainer Danny Williams hopes it will be an ideal springboard into the rich country series.

As long as the Sapphire Coast track is on the improve, the four-year-old will line up in the Bega Betta Home Living Handicap (1200m) with the spot of Williams’ No.1 seed up for grabs. Coup De Main hasn’t raced since a gallant second behind the unbeaten Noble Boy, who he will meet again in the Goulburn Qualifier on March 2, at Rosehill on December 1.

“He’s a horse that is up there with the better grade of horse of mine,’’ Williams said. “We were planning on running him next Saturday but I think we need to be conscious of the horse’s benchmark. He had a jump-out during the week and we thought we’d look at a soft option to raise his rating.’’ 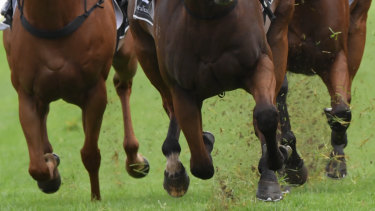 The gelding is burdened with 61kg in the class 2 event and will be conceding 3.5kg or more to his rivals. Williams warned the $1.70 favourite was naturally not at his top for his first-up run, but he is expecting class to shine through.

“While he’s not quite wound up, he wasn’t wound up when he got beaten by Noble Boy and he’s in a similar position,’’ he said. “He had fitness on us. We were underdone and I expected him to be ridden a bit more conservatively.’’

It could be a huge day for the Williams stable. He has booked Chad Lever to ride each of his runners at the showcase meeting. The popular Goulburn trainer will have favoured runners in Major Danger (race 2) and Indiana Star (race 4).