Australian great Michele Timms is rarely shy about giving her opinion but she says the WNBL title race is so tight it's impossible to pick a favourite.

Seven of the eight teams are still in the frame to make the finals entering the final month of the season with the Melbourne Boomers on top of the ladder, and reigning champions Townsville Fire in seventh place but with games in hand. 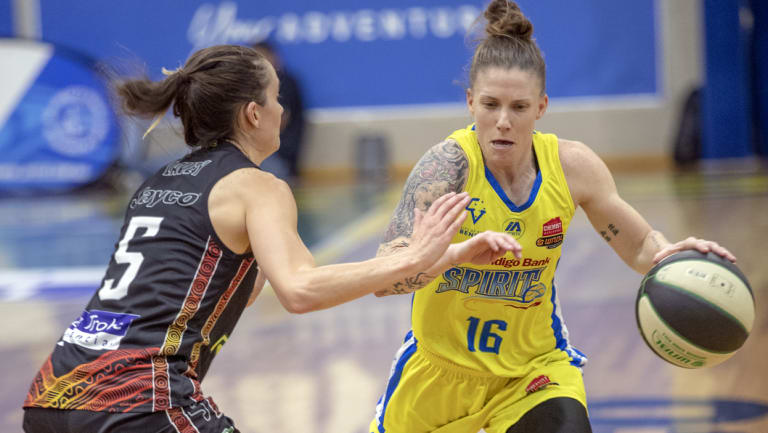 The Boomers face rivals Dandenong Rangers in the second of three games this season, and each season the two clubs play for the Michele Timms Cup.

Both the sides were in the top four entering this round but the Rangers dropped out after losing 87-60 against Canberra Capitals in Canberra on Friday night.

The Boomers needed a bumper last quarter to win last week and they are still searching for their best form while the Rangers have welcomed back star forward Sara Blicavs from injury and have won four of their last six games.

Canberra has WNBA star Kia Nurse and a host of WNBL stars led by Kelsey Griffin while Adelaide, Perth, Bendigo and Townsville have all had their moments.

The see-sawing nature of this year's league has Timms unwilling to back a title favourite.

"I'm not brave enough to even think about trying to predict it," Timms said on Saturday.

"The Boomers are on top but they aren't playing their best brand of basketball – they beat Adelaide the other night but I thought Adelaide lost it rather than Boomers winning it; I haven't seen the Boomers turn the ball over as much as they did in that first quarter.

"Perth has hit the skids, Canberra is looking good then they lose to Adelaide with their full team – it is just insane.

"I've heard whispers Adelaide are the smoky and I was excited to see them live against the Boomers last week – there is nothing to say they couldn't win it."

One thing Timms is more than happy to predict is the Boomers and Rangers will put on a spirited contest and one just as unpredictable as the title race.

"The thing about these two teams is that it doesn't matter where they are on the ladder when they play, that extra emotion and energy that goes into these rivalries is worth it to pay your money and go to the game," Timms said.

"Even if a player is in a slump, you play that Dandenong v Boomers clash and it's on from word go. Because of that emotion you can't predict what will happen when they put the boots on and hit the court."

The Boomers will take the cup this year if they win on Sunday, otherwise it will be decided by their meeting in the last round of the season at Dandenong.

Melbourne Boomers and Dandenong Rangers face off at the State Basketball Centre on Sunday at 3pm AEDT with SBS and Fox Sports showing the game live.