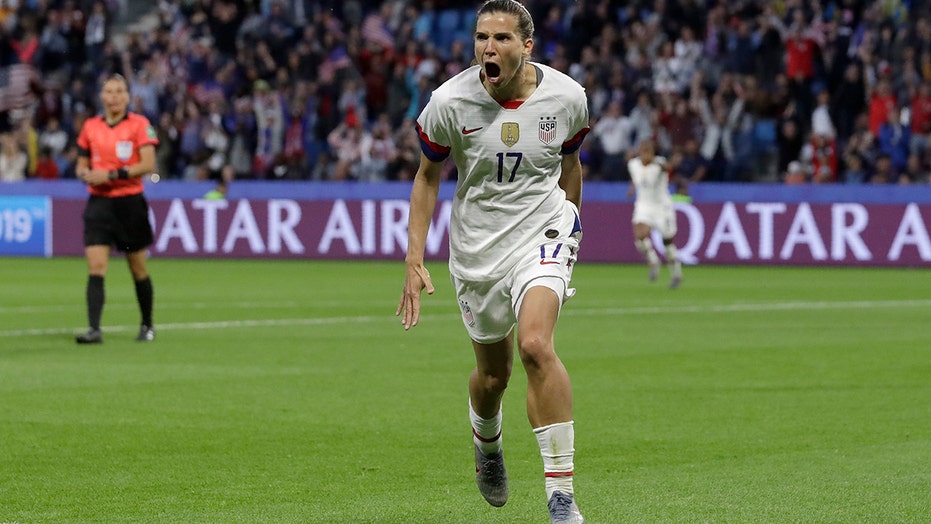 Fox News caught up with the New York Red Bulls’ midfielders Daniel Royer and Sean Davis to break down a few soccer rules so you can keep up while watching any match from the Women’s World Cup to your kid’s after-school club.

Whether it’s on the pitch or at the podium, U.S. women’s soccer star Tobin Heath is on top of her game even when an odd question may have thrown her off.

Heath and Sam Mewis were talking to the media Wednesday when one French reporter asked their question.

“Yes I am French so I have just one question for both of you,” the reporter started. “Can you just Friday let us [France] win please?”

Mewis looked at Heath and the two started laughing along with the others in the room.

After a brief pause, Heath responded with a deadpanned: "No."

The U.S. and France met earlier in the year with the Americans winning 1-0. However, this time it will be different since both squads will have their full complement of stars taking the field.

The match between the two teams begins at 3 p.m. ET and can be seen on local FOX stations or can be streamed on the FOX Sports Go app.