FIRST it was cruise ships and tents in the desert – now Qatar is building floating hotels for World Cup fans.

Tournament chiefs in the tiny Gulf state have been forced into novel solutions to accommodate the one million supporters expected in November 2022. 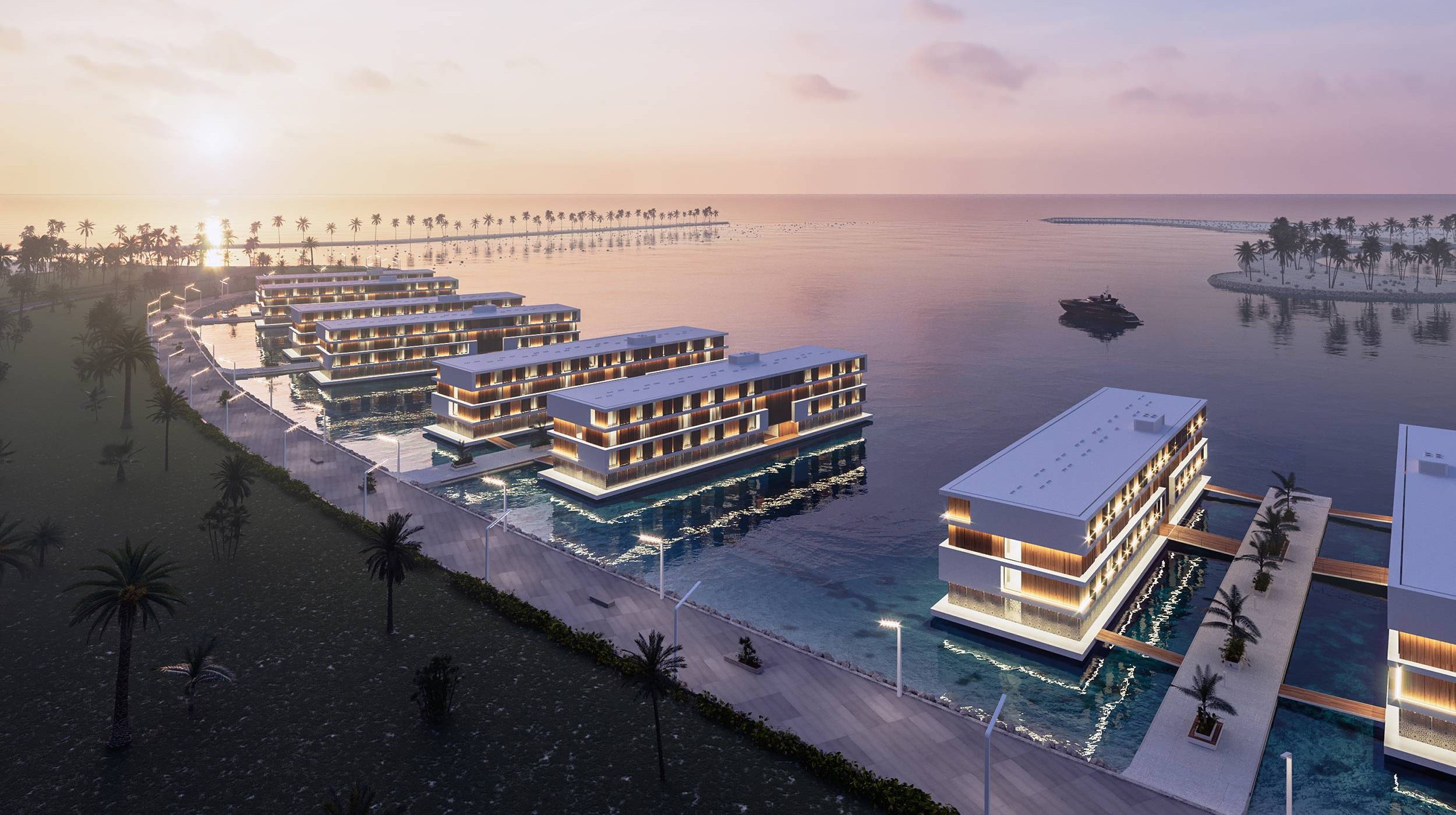 Sixteen identical hotels – 72m long and 16m wide – on the shores of Qetaifan Island North will each offer 101 guest rooms, meaning a total of 1,616 people.

The solar-powered buildings will be near Lusail International Stadium, which hosts the World Cup opener and final.

It follows an announcement two months ago that organisers are chartering two cruise ships with 4000 rooms, to be berthed in Doha throughout the tournament.

Shuttle buses will take fans to train stations from where they will be able to reach the eight stadiums, all within a 21-mile radius of the city.

The 94,409-ton liner MSC Poesia can normally be found cruising the the world with an array of plush amenities.

Qatar – which is about the same size as Yorkshire but at 2.7million has half the population – faces the challenge of housing the fans of all 32 teams in the same city.

And with a current shortage of hotel rooms, Qatar has been forced to look at creative options.

Up to 40,000 supporters are likely expected to end up sleeping in ships and floating hotels, or camping in the desert close to stadiums.

But organisers have promised there will be enough room for everyone.

And alcohol, which is only partially legal in Qatar, will be widely served in designated fan zones.

Organisers revealed the plan for floating hotels as Qatar and FIFA published a 112-page "Sustainability Strategy" with pledges on workers and LGBT rights.