Gerwyn Price ended the Dirk van Duijvenbode fairytale at the World Grand Prix with a ruthless 5-2 victory in the final to add a third major televised ranking title to his CV and climb to second in the world rankings.

‘The Iceman’ leapfrogs world champion Peter Wright to sit behind only Michael van Gerwen in the rankings after winning his fourth title in the last five tournaments he has played, underlining his claim to be the best player in the world at the moment.

Price’s victory ends the dream run of Van Duijvenbode, the 28-year-old aubergine farmer who will be back at work in the Netherlands on Tuesday after becoming the first debutant to reach the final of the unique double-to-start event since the inaugural competition.

Van Duijvenbode can console himself with a place in the world’s top 64 and the biggest payday of his career, but it was The Iceman who lifted the trophy and claimed the £110,000 first prize as he continued a ruthless winning streak in style. 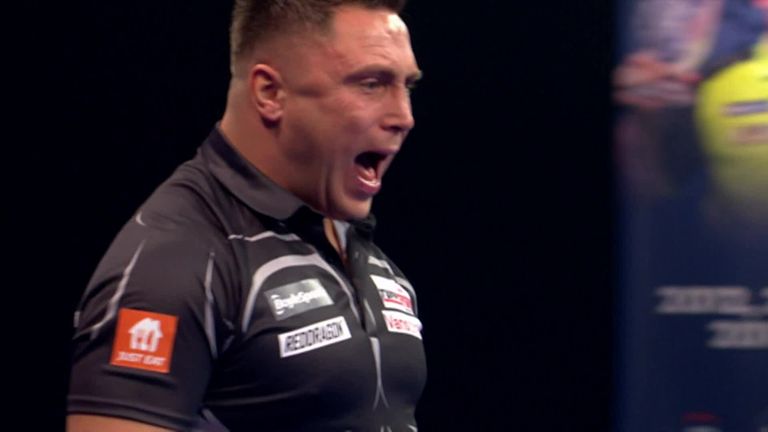 Van Duijvenbode was forced to watch on for much of the opening set as he was afforded just one dart at a finishing double as Price motored into an early lead.

Having missed a dart at double top for an early roof-raising 105 finish, the Welshman returned to mop up in clinical fashion for a sweep of the first set, having been given little trouble by the Dutchman playing in the biggest match of his darting life.

‘The Titan’ settled his nerves with a clinical 70 finish to start a high-quality second set. Both men traded excellent combination finishes with Van Duijvenbode piling in three 180s along the way, but The Iceman has made a habit of staying cool at the crucial moments and a brilliant 87 finish on the bullseye put him two sets to the good.

Back-to-back 15-darters showed Van Duijvenbode was not about to be bullied by his more experienced opponent, effectively stealing the darts from Price in the third set on his way to securing the set.

However, having opened a window back into the contest and just when a revival from the underdog looked on the cards, Price stamped his authority all over the match once again.

A 14-dart break of throw set the tone as he averaged 90 for the fourth set to the Dutchman’s 60, and the winning post began to loom into view for the man from Markham in South Wales. 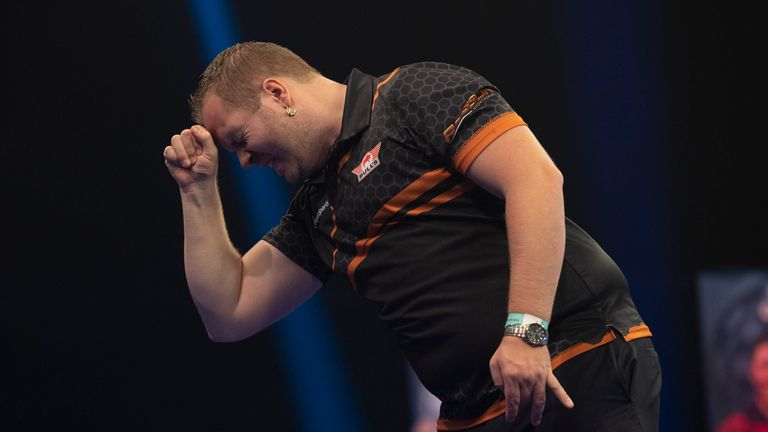 For the second set in succession Van Duijvenbode could barely get his average above 60 in the fifth set and Price forged a 2-0 lead only for the Dutchman to stop the rot in spectacular fashion.

A dazzling 135 finish on the bullseye kickstarted The Titan, who also claimed the fourth leg, forcing Price into a deciding leg for the 10th time in the tournament. Having won all nine previous sets to go the distance Price delivered again but only after his opponent missed a dart at double top for a 114 finish that would have made it 3-2.

Instead Price pinned double four and had a three-set advantage. 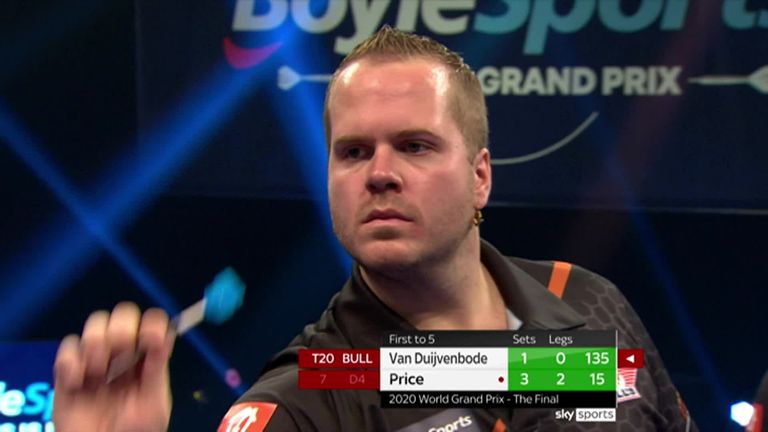 Prior to this week, Van Duijvenbode’s experience over the longer formats was limited but with the shackles off he began to relax, throwing at a quicker pace he was able to pinch the sixth set, ending Price’s run of 10 successive wins in last-leg shoot-outs.

A 12-dart leg took the Dutchman two clear in the seventh set, but Price wrestled back the advantage forcing yet another last-leg decider and fittingly in a tournament where he bossed the key moments he did so again, this time with a classy 102 finish, to get his hands on the trophy.

Darts is back on Sky Sports on Thursday night with the thrilling conclusion of the Premier League Play-Offs, while the big tournaments continue in November with both the World Cup of Darts and Grand Slam of Darts