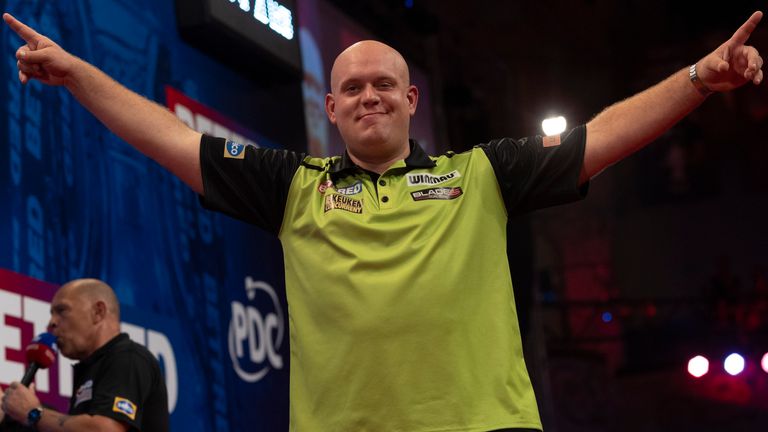 Michael van Gerwen stayed on course for his third World Matchplay and first PDC title of 2021 after defeating Ian White to set up a tantalising quarter-final clash against Nathan Aspinall.

The Dutchman will face Aspinall, who got the better of Blackpool favourite Gary Anderson in a match which included two monster checkouts in a blizzard of blistering arrows.

Michael Smith edged out Jose de Sousa in an overtime thriller at the Winter Gardens to set up a quarter-final date with Peter Wright after the Scot stormed past Joe Cullen in a relentless display. Second Round of the World Matchplay Van Gerwen scooped the World Matchplay titles in 2015 and 2016, and he has set his sights on claiming the coveted Phil Taylor Trophy for a third time.

After suffering a first-round wobble in defeating Damon Heta, the deadly Dutchman was aiming to return to the kind of ruthless form which saw him rule planet darts. But White, who won through to the last 16 for the eighth time at the Matchplay after outlasting Daryl Gurney, showed he was not about to roll over as he took a 3-2 lead. 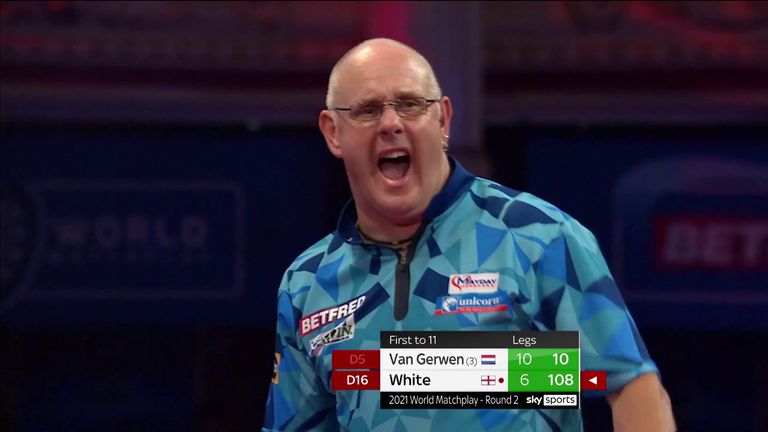 The world No 3, who has yet to win a PDC event in 2021, broke White’s resistance in the ninth leg, but Diamond hit back immediately with double 10 to make it 5-5.

Van Gerwen came out after the mini-interval with a neat 84 two-dart combination before holding for 7-5 in 13 darts. The Green Machine maintained his two-leg cushion, before punishing his opponent with a superb 92 checkout for 9-6. 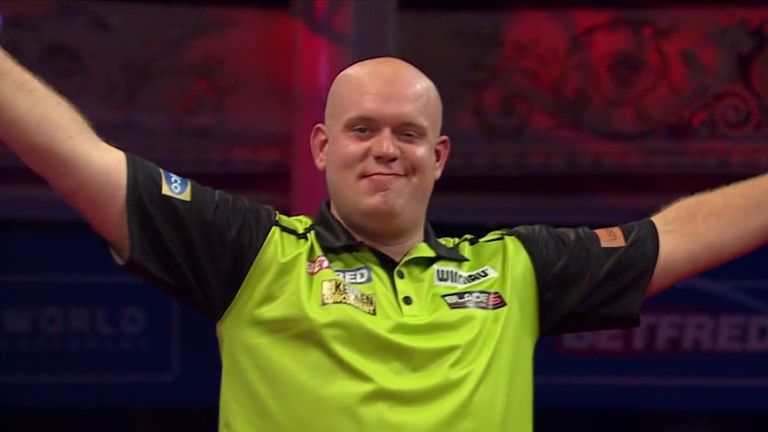 Mighty Mike cleaned up 93 to move one leg away from victory, but White kept his hopes alive with a neat 108 finish and double 5 after the Dutchman spurned match darts. Van Gerwen eventually sealed an 11-8 win with a show-stopping 121 on the bullseye.

Happy with the victory this evening, I felt good and in control of the match doing the right things at the right moments. The crowd were phenomenal this evening ???? now I look forward the playing Nathan on Friday. Thank you for all messages ?? pic.twitter.com/dQBnIH0vAM 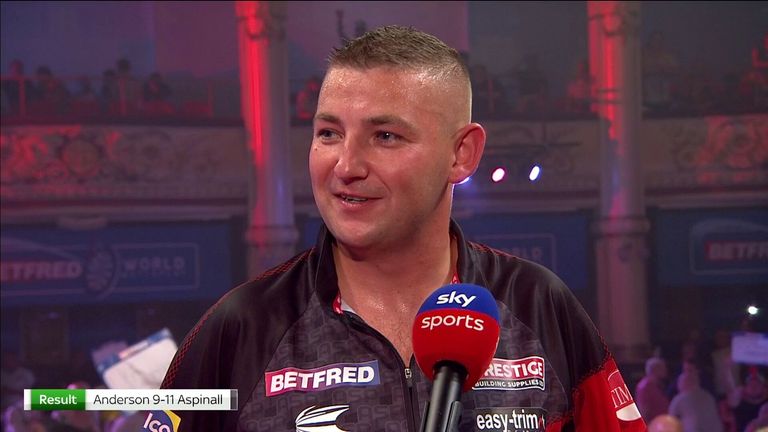 Anderson and Aspinall had a tendency to go deep when they faced each other with The Asp also enjoying a winning record over the Scot.

Anderson, the 2018 champion, made a disastrous start falling 3-0 down, but he slowly wrestled back control to win the next four on the spin. However, a maximum followed by 79 in two darts helped Aspinall spark back into life and he quickly restored his lead at 6-4 in a cracking contest on another balmy night in Blackpool. 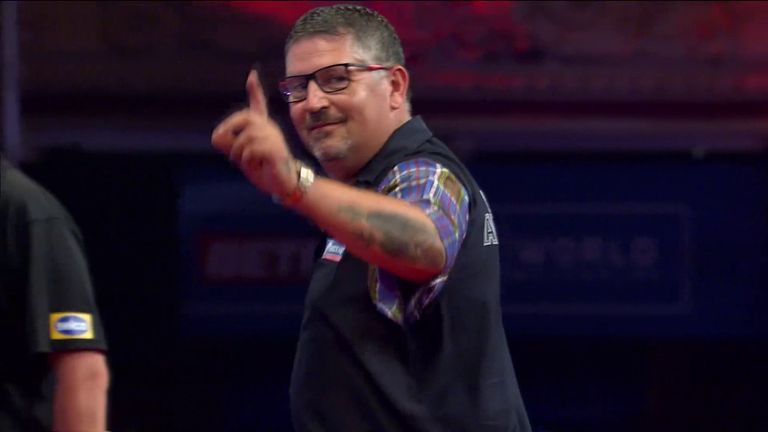 Aspinall, who tasted victory in the tournament for the first time against veteran Mervyn King, maintained his two-leg buffer at 8-6, until The Flying Scotsman nailed double 10 to hit back.

The former UK Open champion pinned double nine for an immediate break, but Anderson cleaned up a stunning 149 in vintage fashion. Aspinall responded with a fabulous 117 checkout before missing bullseye for the match. 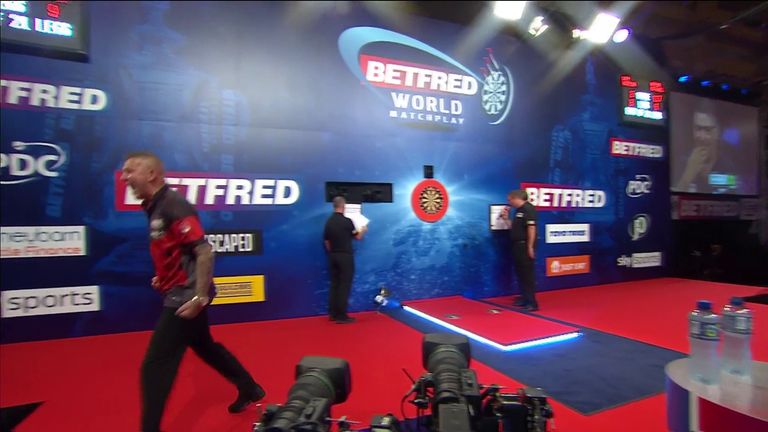 But the 30-year-old from Stockport returned to take out 96 in two darts to complete a sensational 11-9 win. 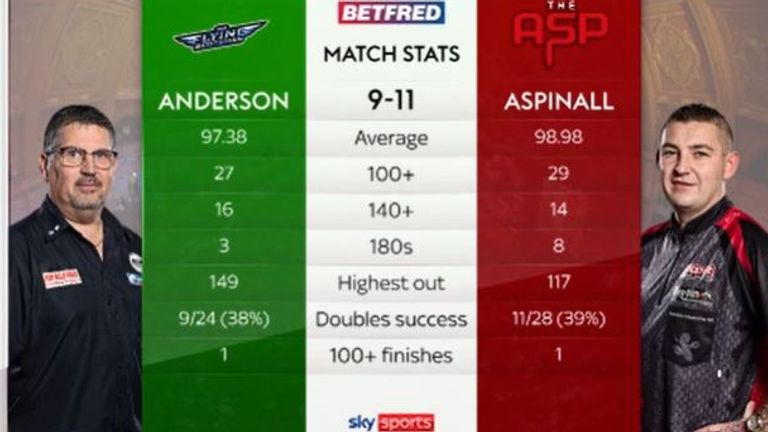 Quarter-finals of the World Matchplay 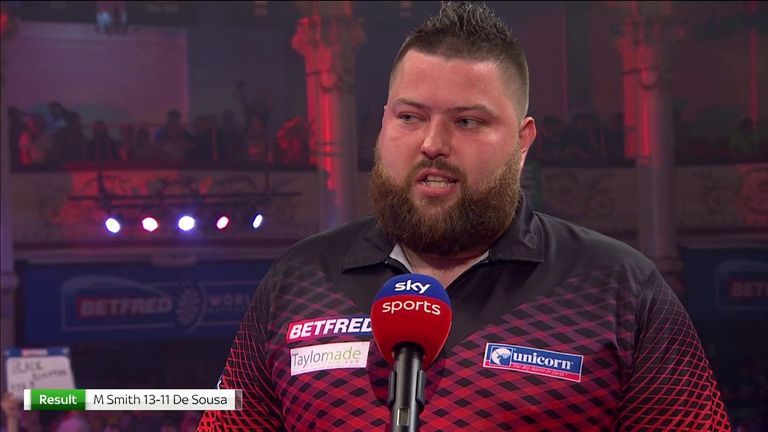 Grand Slam of Darts winner and Premier League finalist De Sousa came into this clash having edged Smith in a scrappy deciding leg at the UK Open in March.

Smith, the 2019 runner-up, was out for revenge. Both players pummelled the red lipstick from the off but Bully Boy found himself 2-0 down. He fought back, though, to win the next five legs on the spin with a cool 99 average. 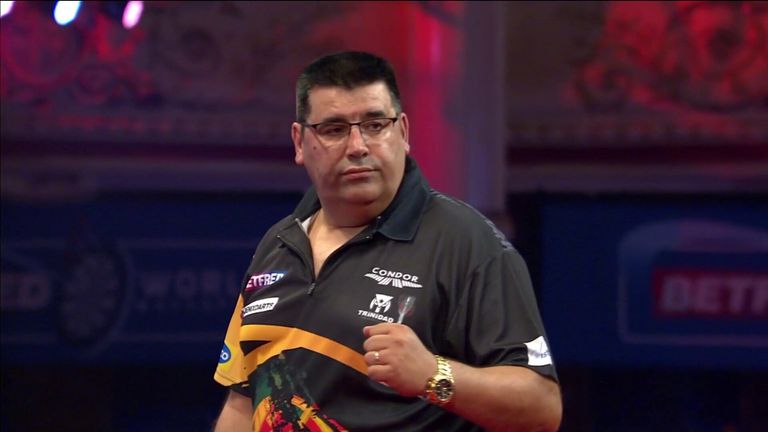 The 47-year-old Portuguese ace joined the party after cleaning up 80 to stop the rot and he then broke back thanks to an 82 checkout. He levelled at 5-5 by pinning double top for his second 11-dart leg of an enthralling contest.

The Special One converted a stunning 80 finish with two tops to regain the upper hand and then held for an 8-6 lead after mopping up double one. De Sousa held the advantage as he moved to within a leg of a spot in the last eight, but the St Helens thrower broke back for 10-10 after sinking 71 in two darts. 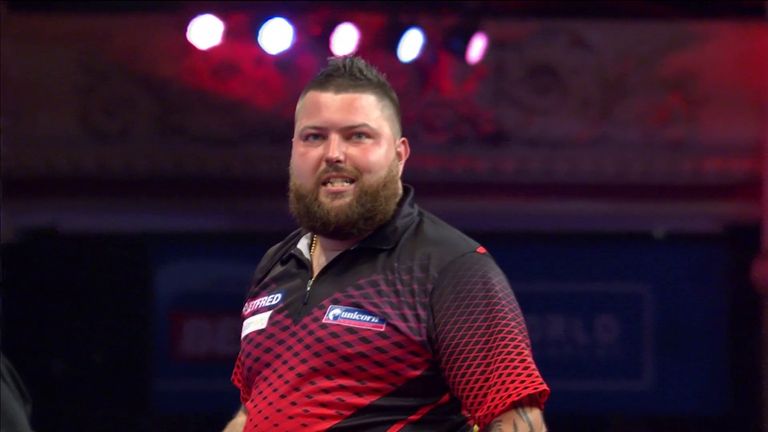 With the match effectively in overtime, it had to be won by two clear legs with a maximum of five additional legs before the sixth additional leg, which is sudden-death. A 15-dart break put De Sousa within touching distance once again, but after missing one match dart, Smith made him pay with a majestic 108 finish to make it 11-11.

Bully Boy missed tops for the match, but after the missed darts at doubles, he returned to land double 10 for a stunning 13-11 success. 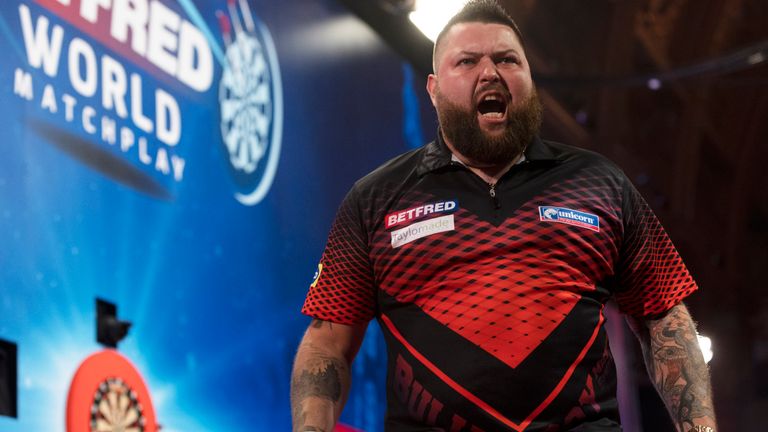 World No 2 Wright took on 2018 quarter-finalist Cullen in buoyant mood and after surging into a 3-0 lead, including a 106 finish, he looked like running away with it.

Cullen, though, showed the form which has earned him two ProTour titles in 2021 to take the next two legs despite not quite firing on all cylinders. 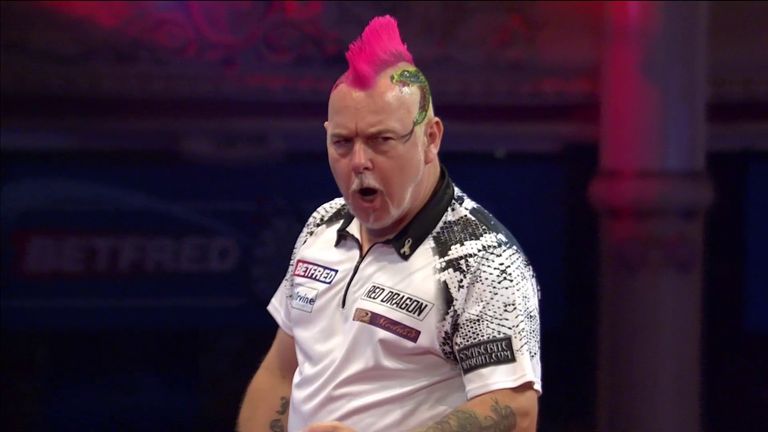 The 32-year-old from Yorkshire recovered to level, but Wright, who changed his stems and flights at the mini-interval, nailed a 103 checkout as he proceeded to win the next four legs for a 7-3 lead.

Wright seemed happy with his new set-up as he pinned double 16 for the sixth time in the match to close in on victory. 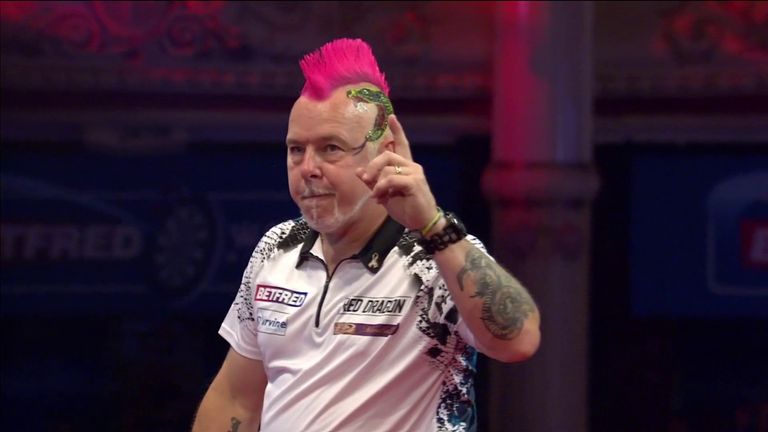 Snakebite soon completed an 11-5 win with a 105.87 three-dart average to stay on course for his maiden Matchplay title.

Darts is back on your Sky Sports screens with live coverage of the World Matchplay from the iconic Winter Gardens running all the way through until Sunday, July 25. Check out daily Darts news on skysports.com/darts, our app for mobile devices and our Twitter account @skysportsdarts