BRAUN STROWMAN has been crowned the new WWE Universal Champion after a dominating victory over Goldberg at WrestleMania 36.

The Monster Among Men captured the belt for the very first time after surviving FOUR spears. 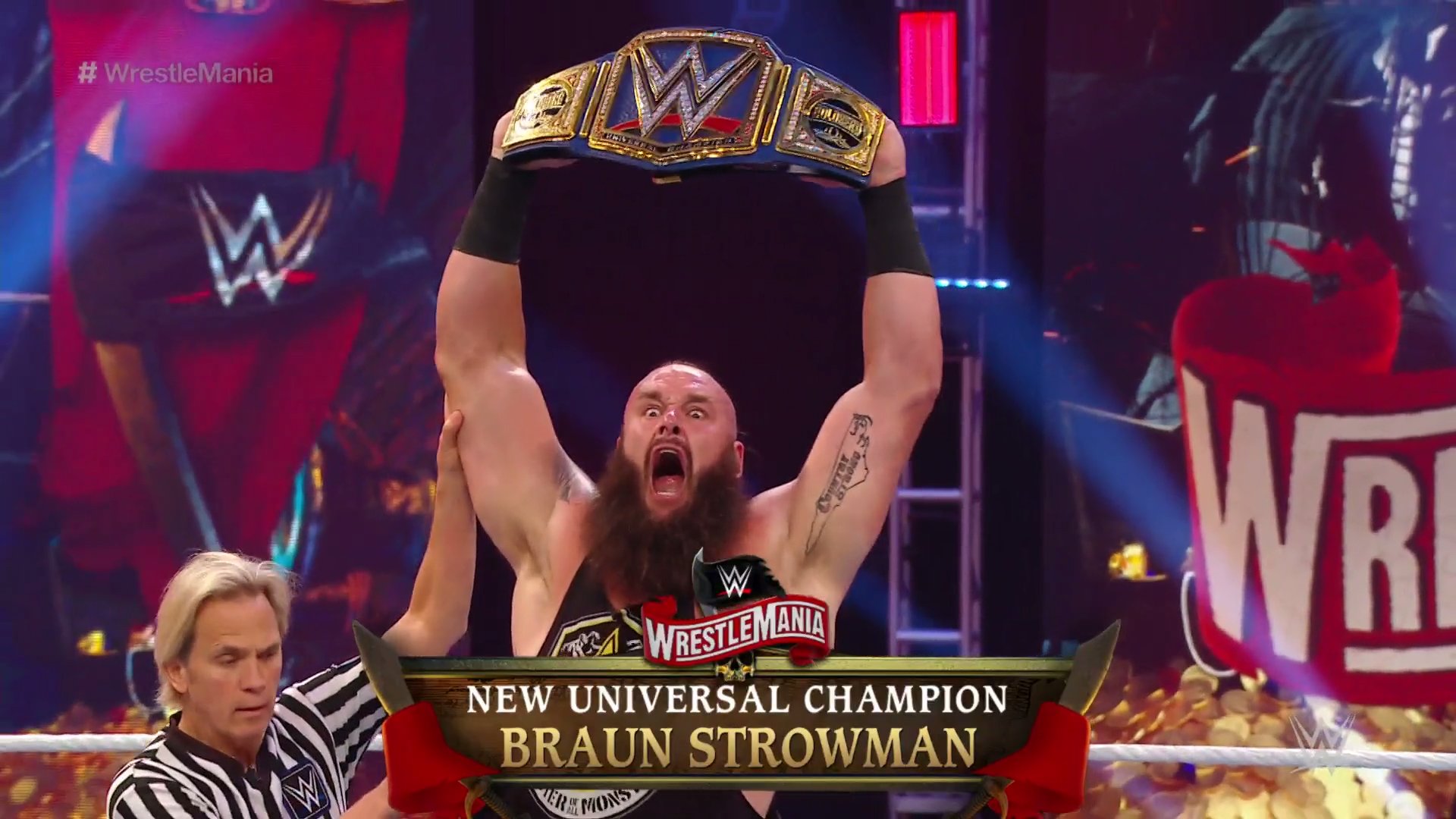 WCW legend Goldberg was due to face Roman Reigns at the Showcase of the Immortals.

However, the Big Dog pulled out due to concerns for his health amid the coronavirus outbreak last week, leaving the door open for Strowman.

And he made no mistake after being given the opportunity to step-in – although he suffered a huge scare early on.

Goldberg hit him with a double spear before landing another but only scored a two-count when he went for the pin.

The veteran landed another one but failed to keep Strowman down as the giant challenger soon rallied back.

And after landing several powerslams he claimed the gold for the very first time to end Goldberg's 36-day rein as champ.

Bayley vs. Lacey Evans vs. Naomi vs. Sasha Banks vs. Tamina—Fatal 5-Way for the WWE SmackDown Women’s Championship