It’s laudable that Steve Smith is so contrite and so willing to use his scarifying experience of the past 10 months to help others steer clear of perils and pitfalls. In this, he is genuine. It’s understandable he wants to make a living. We all do.

But it’s regrettable that he has linked the two urges under a commercial aegis, namely, an ad for Vodafone. In fact, it’s embarrassing.

‘‘We all make mistakes, Steve Smith being no exception,’’ says the accompanying spiel. ‘‘Find out how he took ownership and moved forward.’’

On the next line, appearing as if to identify the author on a news website: "By Vodafone."

It doesn’t matter that the proceeds may or may not be going to charity, only that there are proceeds.

By doing this ad, Smith has commodified repentance, putting it on the same mutually advantageous level as his previous commercial endorsements, unless you happen to believe that all these years, Smith has had a financially disinterested vocation for razor blades and breakfast biscuits. Remorse and reparation, the best a Weet-Bix kid can get. 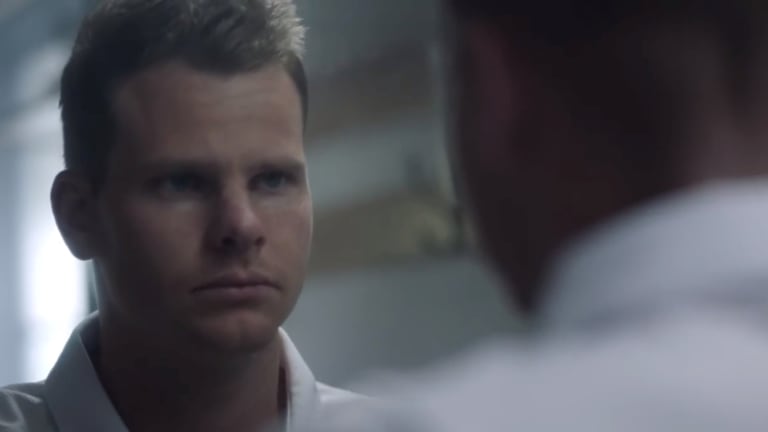 Smith says it’s all about Gotcha4Life, a men’s health lobby group, but you would have to have a Test batsman’s dead eye to spot their appearance in the ad. It comes and goes faster than Michael Holding.

Vodafone, on the other hand, has the lingering final word.

Whatever Smith is or isn’t getting out of it, Vodafone is getting Smith. He might be trading on his renewed essential decency, but they are trading on him. No one is trying to pretend otherwise.

Until and unless I hear from Vodafone that that they will give away two phones to charity for every one they sell under this arrangement, I will be sceptical that this is anything other than marketing strategy.

‘‘We believe in a second chance and a fair go for all Australians,’’ a Vodafone spokesman said, before the line dropped out. Smith always was going to get his second chance, which makes this ad campaign mere piggybacking. And as for a phone company’s lecture on a fair go, fair dinkum.

Like Smith’s batting early in his career, it is hard to see what he was thinking. Until now, he had been a model convict. He accepted his punishment humbly at the time and had been seen little and heard not at all since.

He still had questions to answer, particularly about the sequence of events in South Africa on that fateful day. But with three months of his ban still to serve, and Australia meantime making a manful effort in an enthralling Test series against India, a little longer laying low and polishing up his act seemed right. 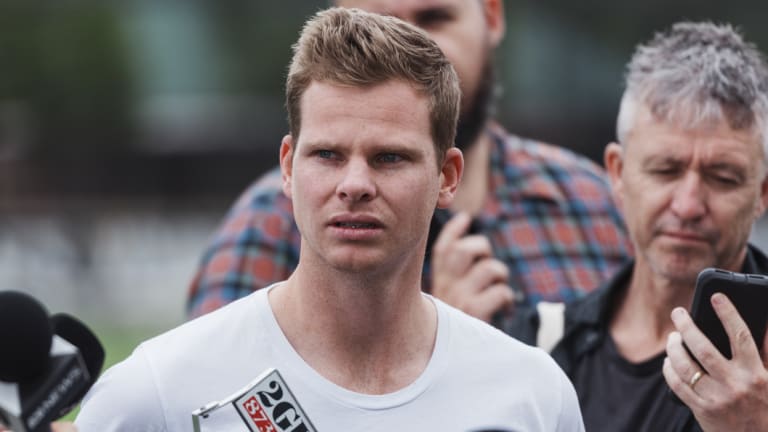 Steve Smith fronts the media at the SCG.Credit:James Brickwood

As the charm offensive begins, you do wonder about Smith’s ownership of Smith. Smith said the ad people jumped the gun, which made Friday's press conference look like an afterthought. But surely he had a say? It was his reputation they were trying to rehabilitate. And that is his for life.

The press conference contained one revelation, that Smith knew about and could have stopped the sandpaper plot as it was being hatched, but didn’t. "I don’t want to know about it," he said, and he walked away. The lesson he had learned, he said, was always to think things through. Yet here he was, 10 months later, tangled up as you would never see him at the crease any more.

Smith’s Vodafone ad is not illegal. In the world of sports sponsorships, that low bar is the only hurdle; you hear it all the time. But in the real world, it just doesn’t ring true. Evidently, that gilded bubble is even harder to escape from than anyone imagined.

A house guest, not much into cricket, but wise to the ways of the world, watched the ad on Thursday evening and was indifferent until the tie-off line displaying the Vodafone logo, whereupon he exclaimed: