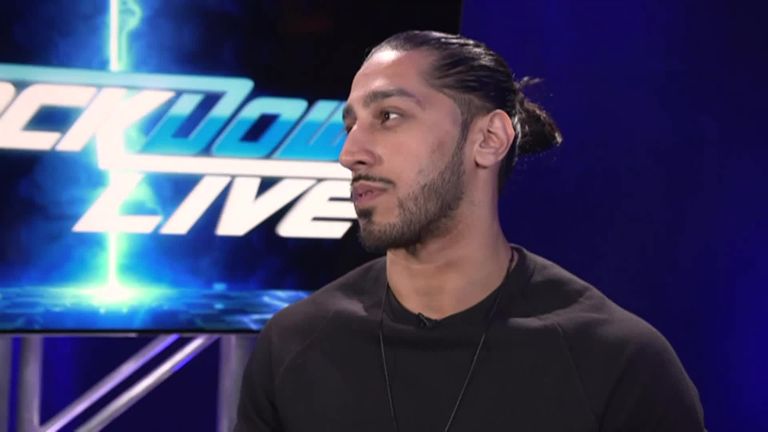 WWE superstar Ali says Liverpool’s Mohamed Salah is a big inspiration to him and an “awesome human being”.

Ali – who will compete in the men’s ladder match at the Money In The Bank event on Sky Sports Box Office on Sunday – admits he is not a keen follower of Premier League football.

But he feels his admiration for Salah transcends sport and he identifies the Egyptian forward as a fellow Muslim whose ability to break down cultural barriers is firmly in line with his own mission in WWE.

“I’m not a big sports guy, I watch WWE and that’s about as far as it goes for me in terms of sport,” he said.

“What’s awesome about Mo is his representation is so far-reaching. I saw a clip recently where he took his daughter onto the field and the entire stadium erupted.

“You know the reception for her is tied into their love for him and that’s what I want to do here. I’ve got a daughter and I’ve brought her to WWE events and the moment people realised that’s my daughter, they gave her a standing ovation.