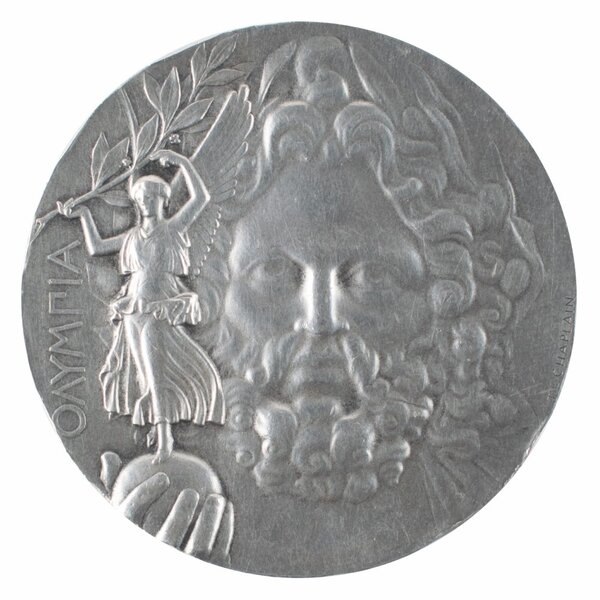 A silver medal in shooting from the 1900 Olympics in Paris recently sold for a mere $1,283.

Then there was a bronze medal from the 1956 Winter Games in Cortina d’Ampezzo, Italy, that fetched $3,750.

But it was a first-place silver medal from the first modern Olympics in Athens in 1896 — there were no gold medals then — that commanded six figures on the eve of this year’s Games. It sold for $180,111, according to RR Auction, the Boston-based auction house that handled all three sales.

Even though their sentimental value may be priceless to the athletes who wear them around their necks, Olympic medals are finding their way to pawn shops and auction blocks from the podium, where collectors are scooping them up like rare coins, comic books and other sports artifacts like baseball cards.

“It’s a niche collectible,” Bobby Livingston, an executive vice president of RR Auction, which brokered the sale of the three medals and 18 others on July 22, said on Sunday. “The ones that have come to market in recent years, there isn’t a glut of them.”

One doesn’t have to be Caeleb Dressel, the American swimmer who won five gold medals in Tokyo, to collect medals.

Dozens of former Olympians have resorted to selling their medals over the years. Some have cited financial hardships, while others have said that they were motivated by raising money for charity.

Bill Russell, the Boston Celtics legend, will put his gold medal from the 1956 Olympics, when he served as captain of the U.S. basketball team, on the auction block this fall.

“I’ve decided to sell most of my collection,” Mr. Russell said in a video on the website of Hunt Auctions, the Exton, Pa., auction house that will handle the sale of his medal, some of his N.B.A. championship rings, a warm-up jacket and other memorabilia.

Mr. Russell says that some of the proceeds will go to MENTOR, a charity that he co-founded that promotes youth mentorship opportunities. A donation will also be made to a social justice initiative created by the Celtics.