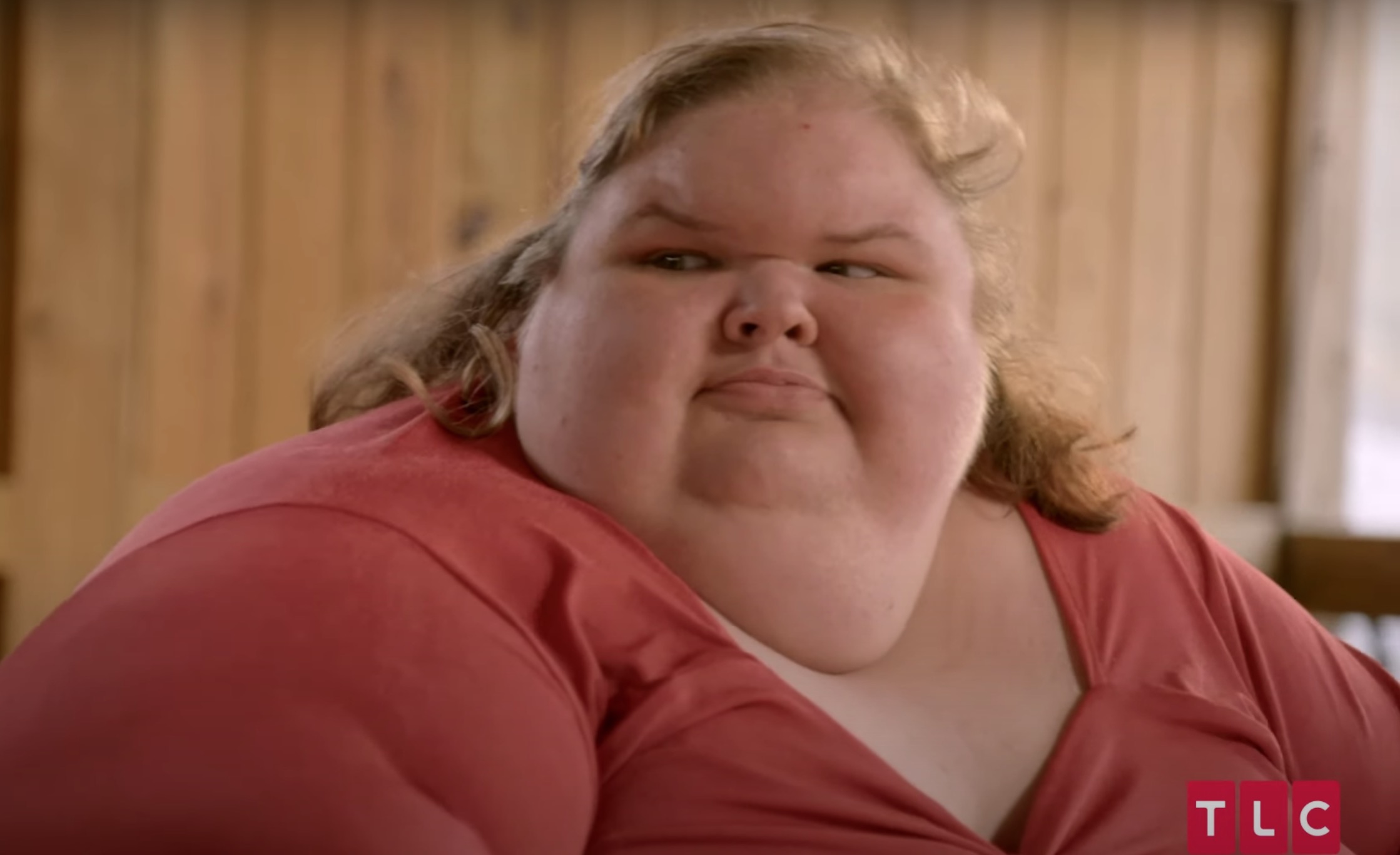 1000-Lb Sisters’ star Tammy Slaton was seen seeking medical advice in a bid to get moving again and look after herself more.

The 34-year-old, who recently came out as pansexual to her boyfriend as part of self-love mission, was seen heading to the dentist in the latest episode.

Tammy, who weighs more than 644lbs (46stone), has been neglecting her self-care and hasn’t been to see the medical professional in more than a decade.

When dentist Dr Adam asks how often she brushes her teeth, she then admits :’I try to at least twice a week – I should be doing it everyday, but…’

‘To be honest, we should be doing it twice everyday, so we’re going to work on that,’ he told her. ‘No pressure. No judgement or anything, we’re just going to say “you know what? We’re going to try to get things on a better track”.’

The series, which is tracking Tammy and her sister Amy as they try to get healthier.

However, both have run into trouble after Amy discovered she was pregnant soon after weight loss surgery, and Tammy was discovered to have gained 50lbs (3.5stone) within the space of a month.

While during season one she seemed in good stead to lose the weight, the pandemic meant that she became more restricted in what she did, and fell back on bad habits.

She’s been finding some solace in boyfriend Jerry Sykes, who’s married, after meeting on an internet dating site.

However, they’ve only met face-to-face a handful of times, with Jerry travelling eight hours to see her in Kentucky.

In a teaser for an upcoming episode, Tammy is seen getting a personal trainer on her quest to get more mobile.

Jerry also gives her a target weight loss of 200lbs, but infuriated Tammy’s brother Chris when he’s seen lounging on the sofa eating cheese puffs in front of her, when she’s supposed to be trying to ditch junk food.